Mitchell Starc is a good captaincy choice for this match. 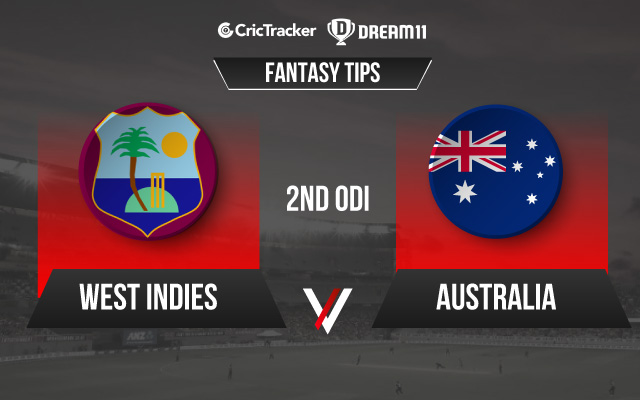 West Indies and Australia will clash against each other in the 2nd ODI at Bridgetown in Barbados. Australia outclassed the West Indies in every department of the game and thrashed them by a whopping margin of 133 runs in the first ODI.

West Indies will need to bounce back soon, as a loss in the 2nd ODI would mean that they surrender the series to the kangaroos. Australia will be keen on taking an unassailable 2-0 lead in the series, but West Indies have enough quality in their ranks to turn the tables.

The pitch at the Kensingtonton Oval will be a sporting one and will help both batsmen as well as the bowlers. The willow wielders should take their time on this surface before cutting loose.

Ben McDermott is an exciting young talent from Australia. McDermott showed his class in the 1st ODI and scored a sedate 28 off 48 deliveries.

Kieron Pollard is a cricketer who can destroy any opposition once he gets going. In the first ODI, Pollard was the only West Indian batsman who stood up to the Australian bowling attack and scored 56 out of the 123 runs scored by his side.

Mitchell Marsh is a handy all-rounder choice for this match. He picked up a wicket and gave away 7 runs in the 3 overs that he bowled, and scored 20 runs with the bat in the first match.

Hayden Walsh scalped a stunning five-wicket haul in the first ODI against Australia. Walsh was also economical and leaked only 39 runs in the 10 overs that he bowled.

Mitchell Starc sliced through the West Indian batting lineup in the first ODI. In the 8 overs that he bowled, Starc picked up five wickets and gave away 48 runs.

WI vs AUS Must Picks for Dream 11 Fantasy Cricket

Jason Holder failed to get going in the first ODI. Having said that, Holder is a cricketer who can strike some lusty blows as well as take crucial wickets when the need arises.

Players you should avoid

Moises Henriques has produced very mediocre performances in the recent past, and it is better not to pick him in any of your fantasy teams.