Australia are leading the three-match ODI series by 1-0. 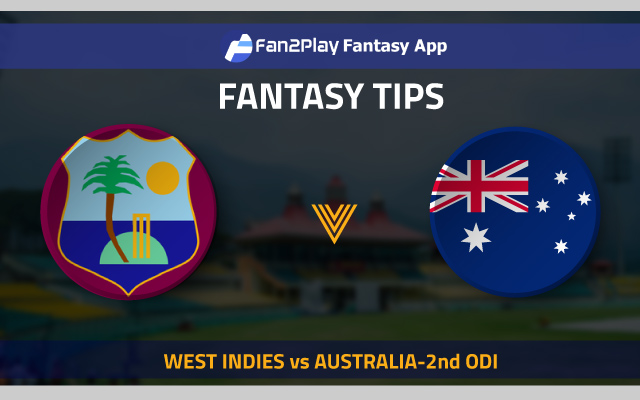 The second ODI of the three-match series between Australia and West Indies will be played at Kensington Oval, Bridgetown, Barbados.

The match will start at 12 AM IST (July 23) and will be streamed live on Fancode in India.

The second ODI between West Indies and Australia is set to be played on Thursday according to the local time. The visitors put up a special effort winning the opening game by a massive 133 runs and they will be hoping to seal the series in this game itself. Mitchell Starc and Alex Carey were the best performers for Australia in the first ODI.

West Indies, on the other hand, looked vulnerable as soon as the duration of the game increased. They were reeling at 27/6 at one stage only to be revived by their skipper Kieron Pollard. They will have to improve their batting a lot to have any chance of beating Australia and level the series.

Captaincy Picks for WI vs AUS

The West Indies skipper Kieron Pollard is definitely a trump card for the home team. He loves challenges and likes to lead from the front. He did just that in the chase in the first ODI scoring 56 runs when he was team down and out at 27/6 at one stage. He will be keen on playing a big knock if similar situation arises again.

Mitchell Starc spoke about standing up in the absence of the seniors and did brilliantly in the opening ODI. He returned with the sensational five-wicket haul for 48 runs and along with Josh Hazlewood ran through the opposition line-up. Another such performance can be expected from him. 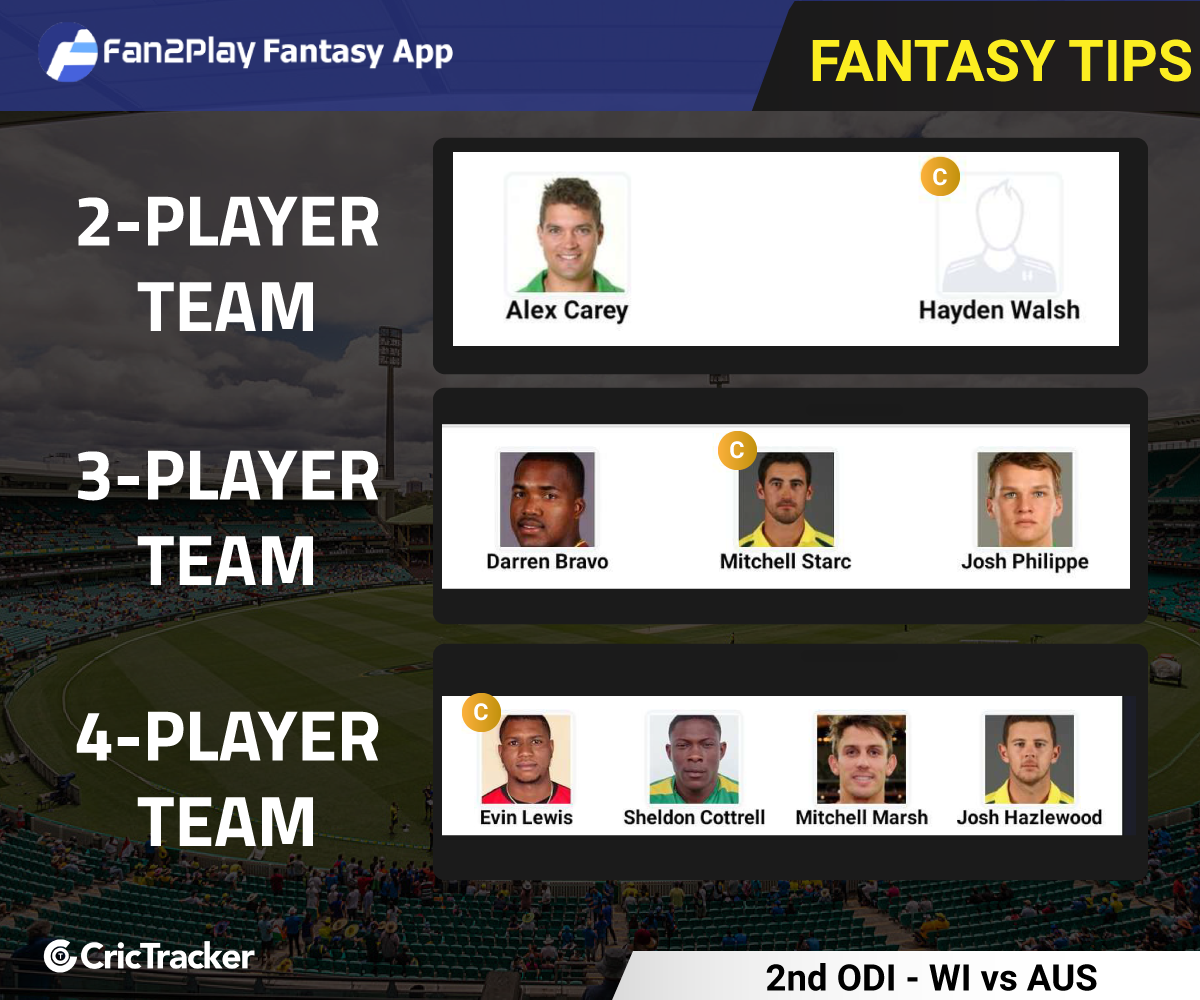 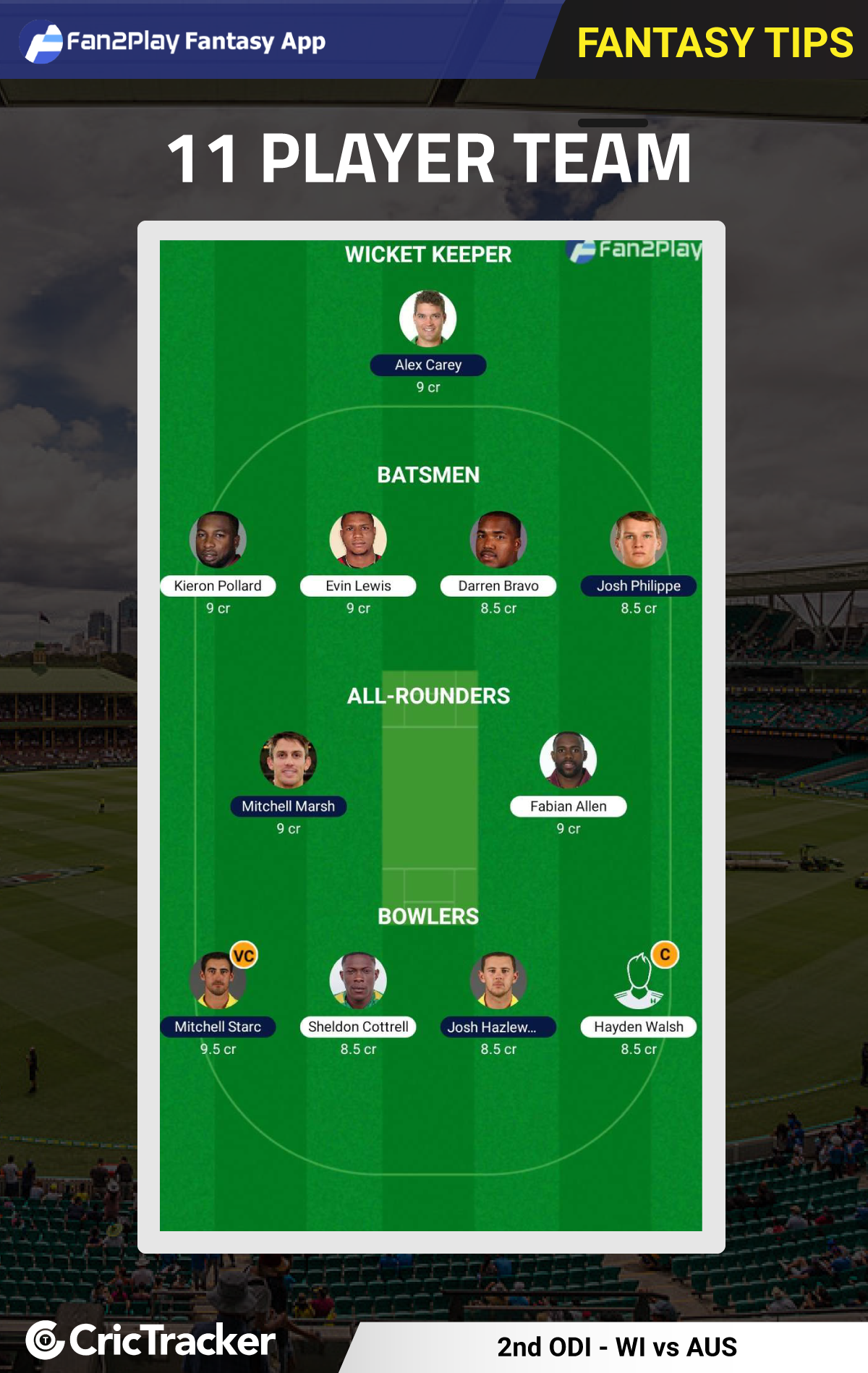