Mitchell Marsh is a good captaincy pick for this match. 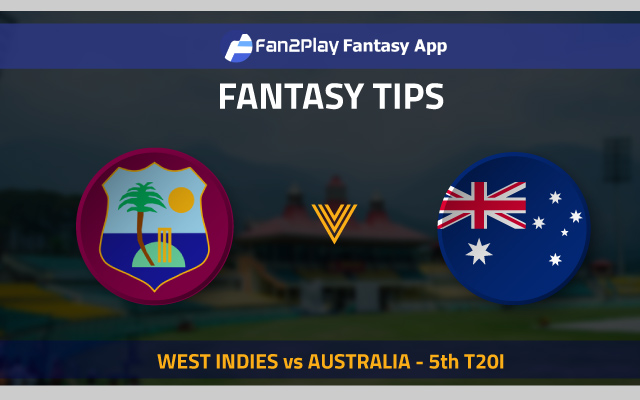 West Indies will host Australia in the 5th and final T20I of the five-match series. The match will be played at the Daren Sammy National Cricket Stadium in St.Lucia on Friday (July 16).

This encounter has a start time of 5:00 AM IST (July 17) and fans can switch to FanCode to catch live action.

Defending ICC World T20 champions West Indies have been on a roll this series, as Australia didn’t experience many pleasant moments. The men in maroon did exceptionally well in all three departments and sealed the series after winning the first three matches. They were on the verge of winning the fourth T20I as well.

However, Mitchell Starc’s sensational final over handed Australia their first victory on this tour. Although the series title is beyond their reach now, Aaron Finch’s men have pride to play for and they must leave no stones unturned to win this contest. At the same time, the home team will be aiming to get back to winning ways.

Captaincy Picks for WI vs AUS:

Although Australia haven’t been able to do much in this series, Mitchell Marsh has enjoyed a sensational run. The dasher has scored half-centuries in three of the four games and wouldn’t mind getting the landmark. Not to forget, he has also been contributing well with the ball in hand. Hence, the Aussies would be counting on the all-rounder.

Arguably the best all-rounder in T20 cricket at the moment, Andre Russell is another player who can do well in the fifth T20I. The dasher would be gutted after not being able to take West Indies over the line in the previous game. However, like Marsh, Russell has also been exceptional in all three departments. Hence, Australia must beware of him. 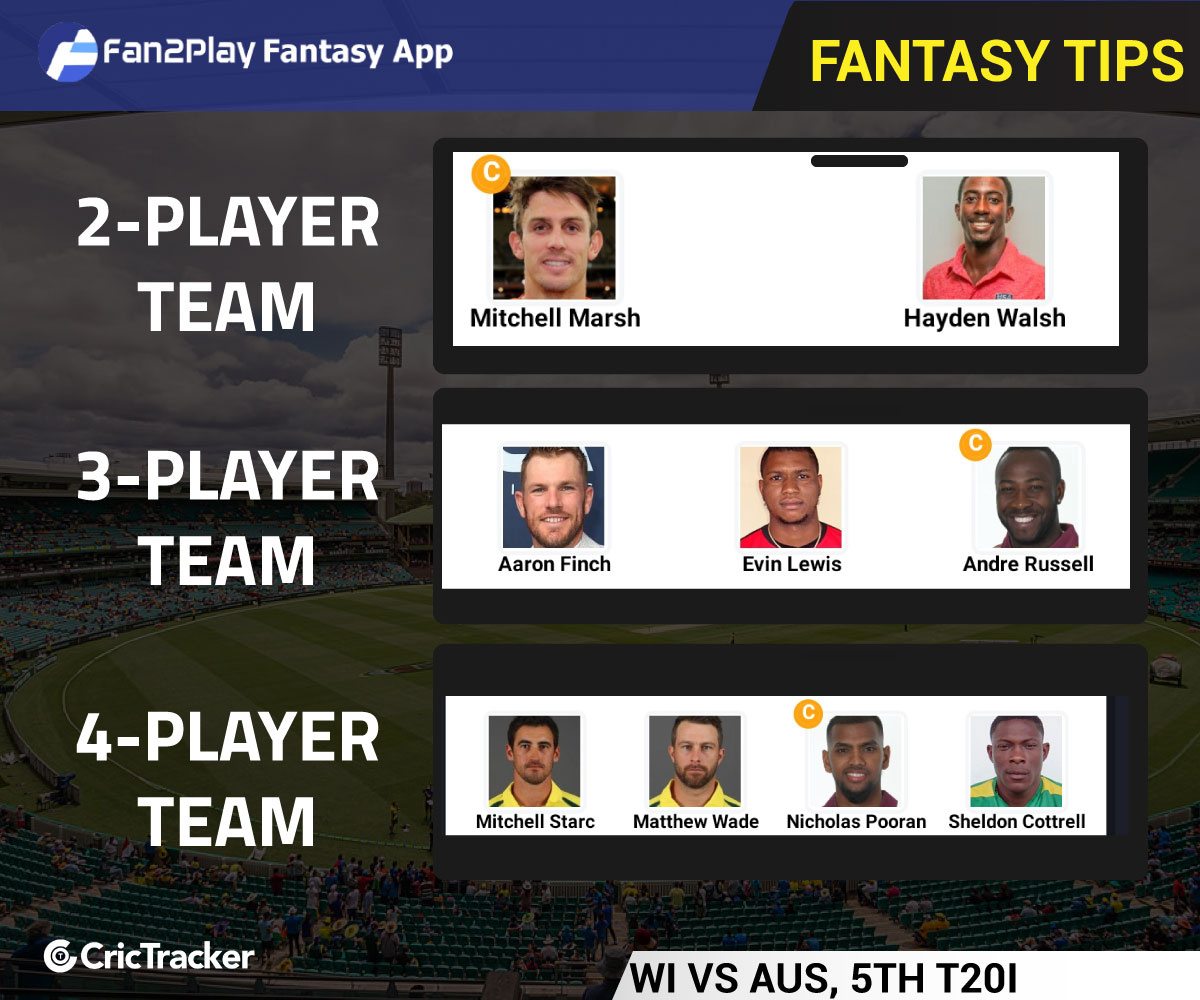 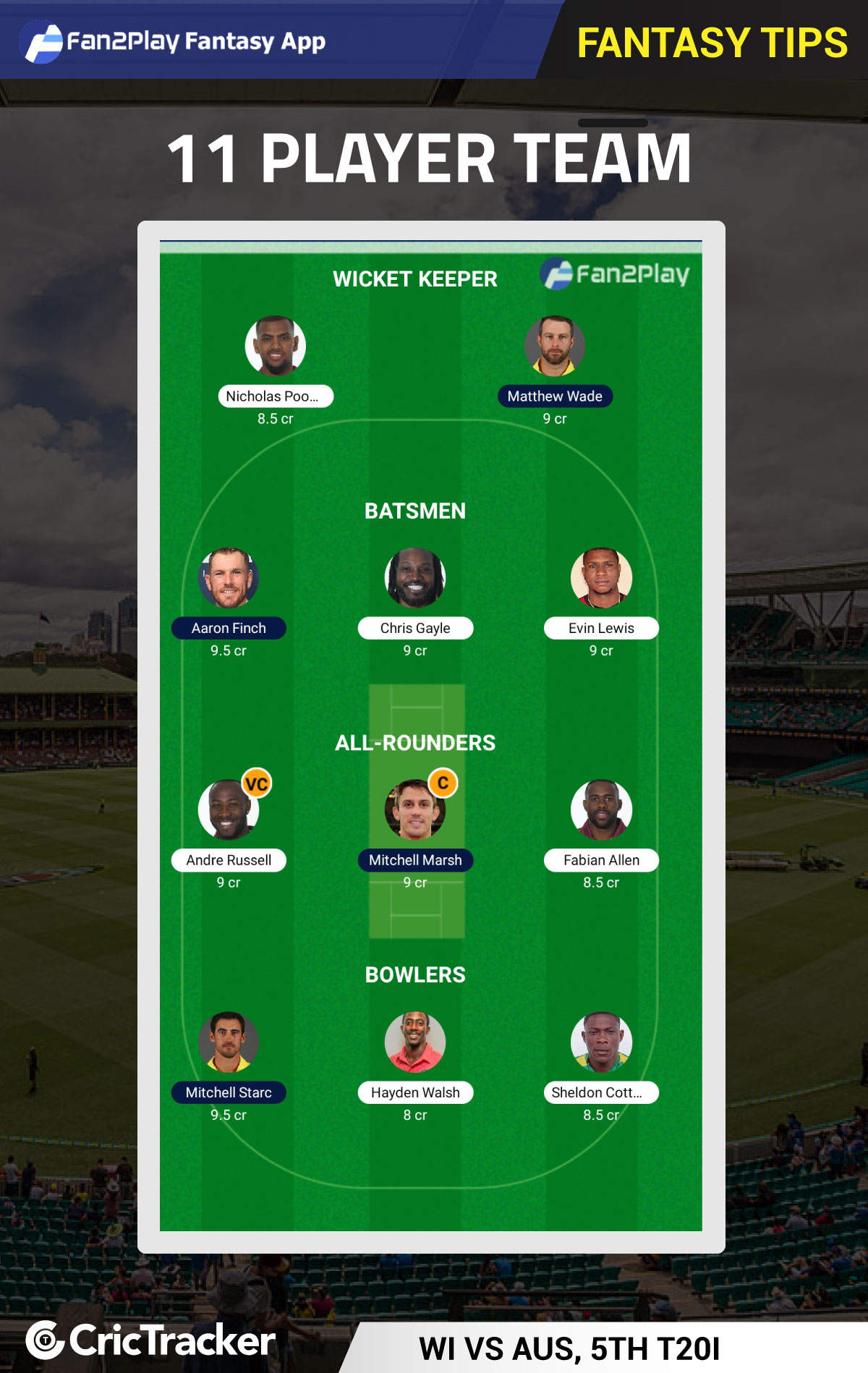