Andy McBrine is a game-changer for Ireland.

The series is well set-up at the moment as the hosts West Indies will take on Ireland in the 3rd and final ODI. West Indies had a good start to this series with a convincing win in the first ODI by 24 runs, but they lost the second ODI by 5 wickets. Skipper Kieron Pollard will be expecting big runs from his batters in the series decider.

Ireland, on the other hand, managed to level the series 1-1 by winning the rain-marred game last time out. Andy McBrine’s stellar all-round performances won the game for the visitors. They bowled impressively and even batted to their strength to register a comfortable win in the end. The Irishmen need to keep believing in themselves to create history on the West Indies soil.

The bowlers are getting massive support from the surface and the batters need to play long as possible if they want to put big runs on the board. Anything more than 250 is a match-winning total here.

Shamarh Brooks looks in an awesome touch in this series. In 2 matches, he has notched up 136 runs at an average of 68, with the highest score of 93.

Harry Tector is in sublime form with the bat. He has scored two back-to-back half-centuries in this series. Tector is a must-pick player for your fantasy teams.

Romario Shepherd played a rescue act under pressure in the second ODI. Coming at number 9, he scored 50 runs from 41 balls and picked up a wicket as well. Overall in 2 matches in this series, he has scored 52 runs and has also bagged 4 wickets.

Mark Adair bowls well with the new ball and is also a handy customer with the bat down the order. He has picked up 3 wickets in this series at an economy of 4.48 and has also scored 21 runs with the bat.

Not only with the ball, but Odean Smith has the ability to make a difference with the bat as well. So far in this series, he has scalped 2 wickets and has also scored 64 runs with the bat.

Andy McBrine is having a terrific series. In 2 matches, he has bagged 6 wickets with the best figures of 4 for 36 and has also scored 69 runs at an average of 69.

Shai Hope has managed to score 46 runs in this series with the best score of 29. West Indies mainly rely on him at the top of the order, and we can expect much improved performances from him in this match. 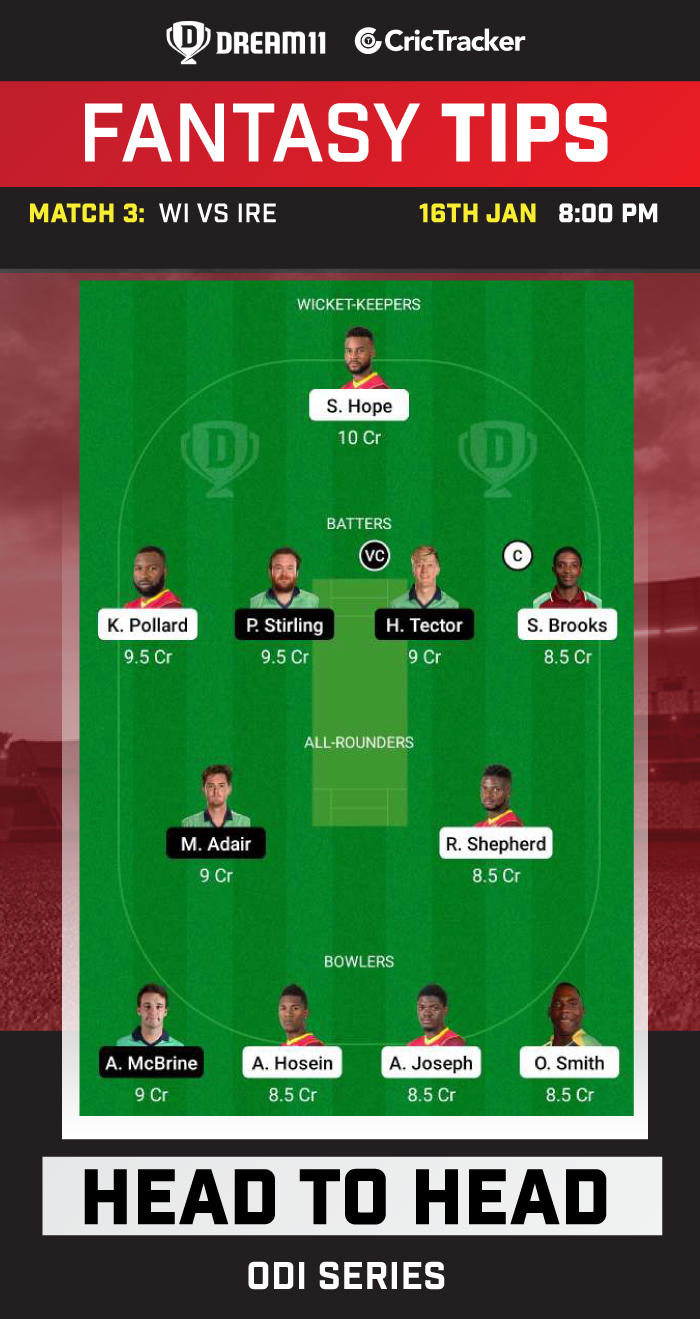 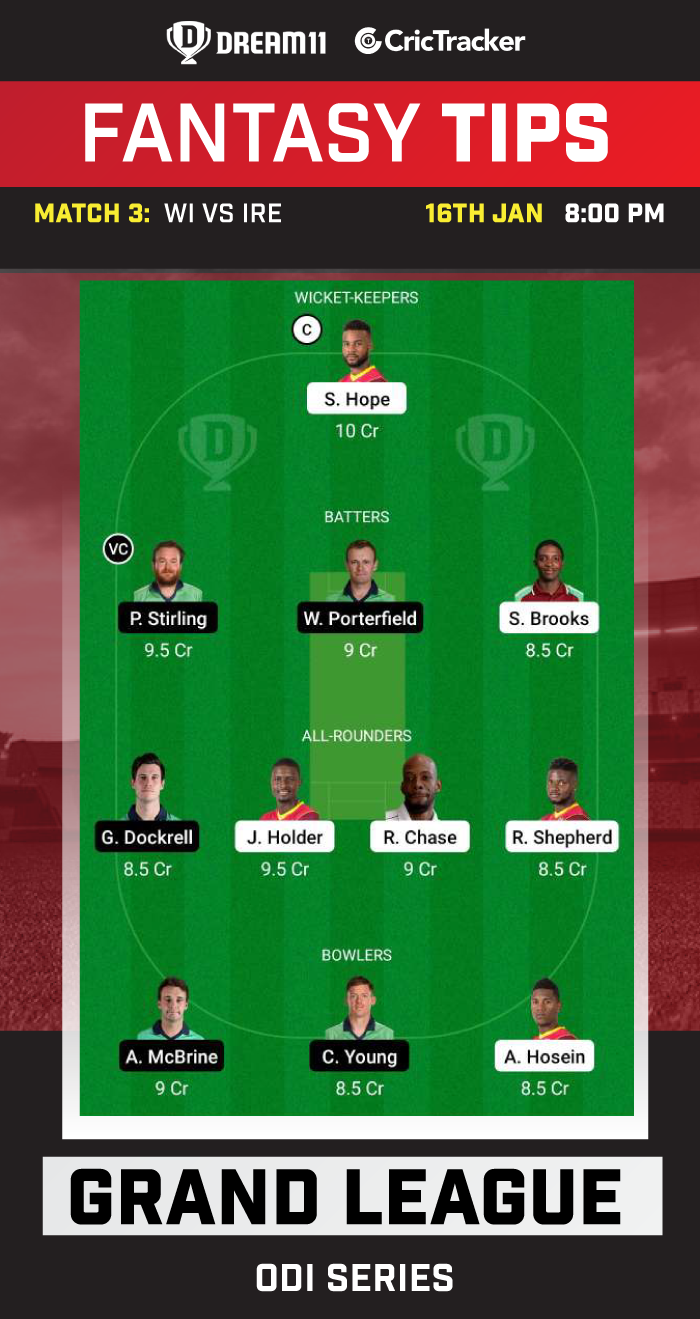 Roston Chase has not really had any impact in this series so far, but given his career statistics, you can take a risk and pick him as your fantasy team skipper.

Veteran batter William Porterfield has scored only 26 runs in this series, but he is a vastly experienced campaigner and is a risky captaincy pick for your fantasy teams.

Justin Greaves has managed to score 17 runs in the last 2 matches. Considering his current form, it’s better to avoid him while making your fantasy teams.