Andy Balbirnie is a good captaincy pick for this match. 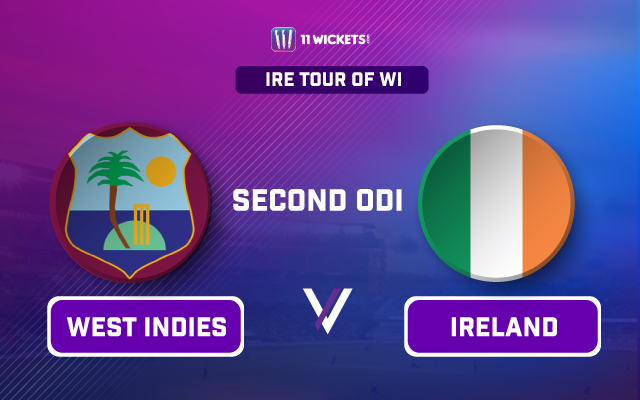 West Indies and Ireland will feature in the second ODI of the Ireland tour of the West Indies on January 11. West Indies defeated Ireland by 24 runs in the first match after making 269 runs in the first innings. The Kieron Pollard-led team lost four wickets for just 62 runs before he and Shamrah Brooks added 155 runs for the fifth wicket. Pollard made 69 runs off 66 deliveries while Brooks missed a well-deserved century by a margin of just seven runs. Mark Adair and Craig Young picked three wickets each for Ireland.

Ireland lost their first wicket in the form of William Porterfield for just one run. Andrew Balbirnie and Andy McBrine added 61 runs to the total before McBrine had to retire hurt. Harry Tector who joined Balbirnie next made a half-century. But the middle-order couldn’t carry on the momentum and Ireland suffered a loss.

The Sabina Park pitch has enough support for the batters and bowlers. The average score on this pitch is 235 runs, and the team batting second has a higher chance of winning a match. A score of over 300 runs has been achieved only on five occasions.

Kieron Pollard made 69 runs off 66 balls. He hit four boundaries and four sixes during his innings. Pollard and Brooks’ partnership was crucial in West Indies’ innings.

Mark Adair picked three wickets in 8.5 overs and gave away just 38 runs. He even bowled a maiden over and made 21 runs off nine balls while batting.

Shamarh Brooks made 93 runs off 89 balls in the first game and his innings was the reason West Indies could put a total of 269 runs on the board. 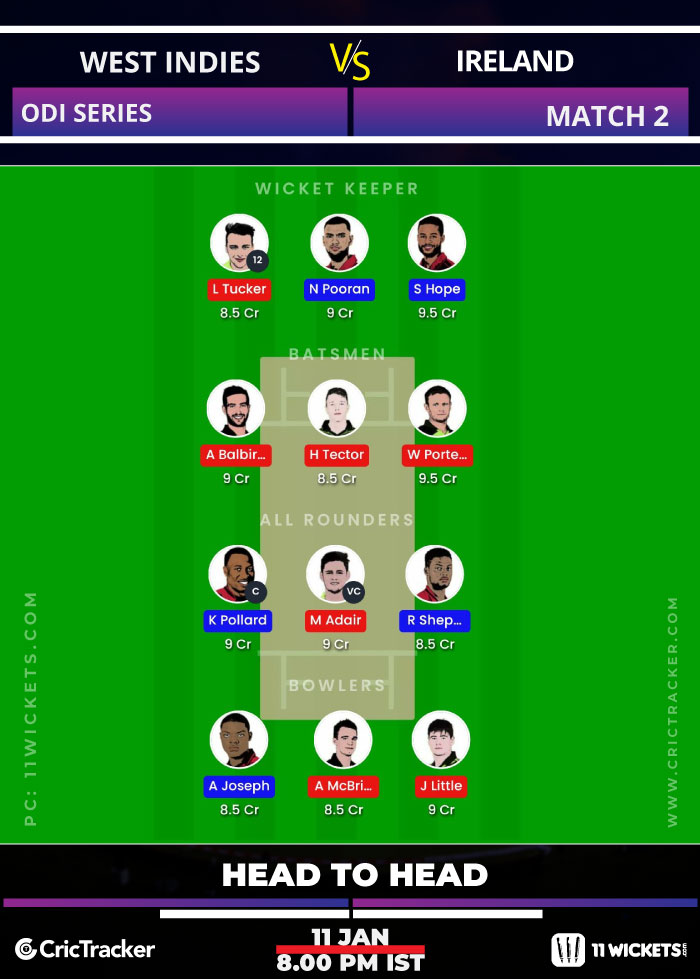 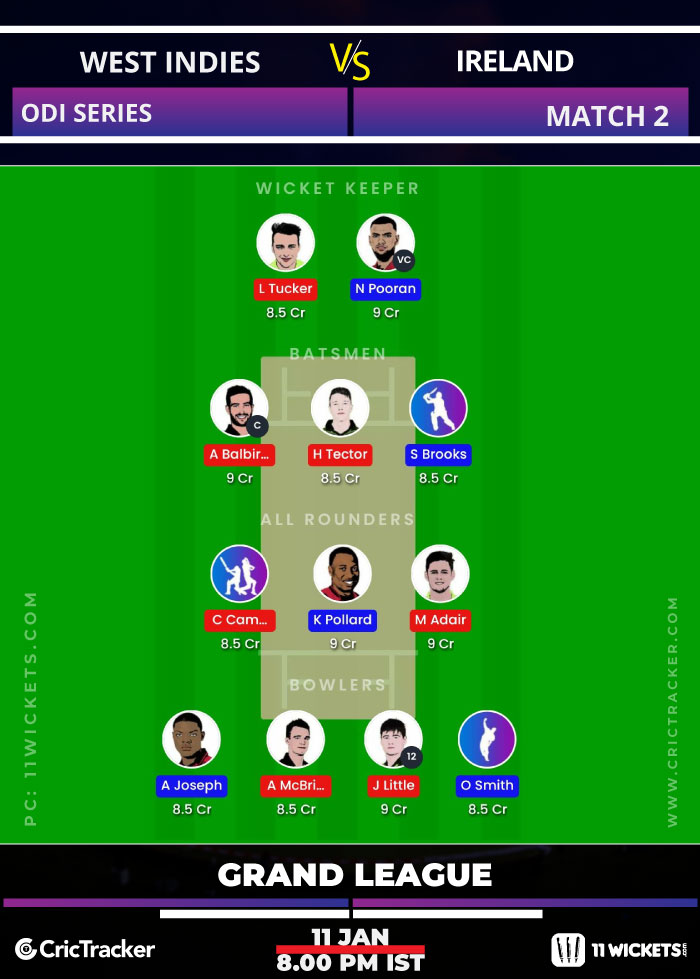