New Zealand has already won the series after winning back to back matches.

Team New Zealand, after winning the first two T20I encounters, against West Indies will want to continue their good performance in the final match as well to be played at Sabina Park, Jamaica on August 15 (Monday). The Men in Maroon will also want to put on a good effort and save themselves from a whitewash.

The home team has been outplayed in all three departments of the game in the previous two fixtures and they will have to rethink their strategy if they want to win against the strong-looking New Zealand side. On the other hand, the Kiwi side might look to make some changes in their playing XI after already grabbing the series.

The wicket at Sabina Park has proved good for batting, with the ball coming nicely onto the bat. The visitors have made the most of good batting conditions and will want to emulate their performance in the upcoming match as well. Skipper winning the toss might look to have a bowl first.

New Zealand batter Glenn Phillips smashed 76 runs off 41 balls, hitting four fours and six maximums during the second T20I encounter. Phillips looked very comfortable against both spin and pace and will want to emulate his performance in the upcoming match as well. 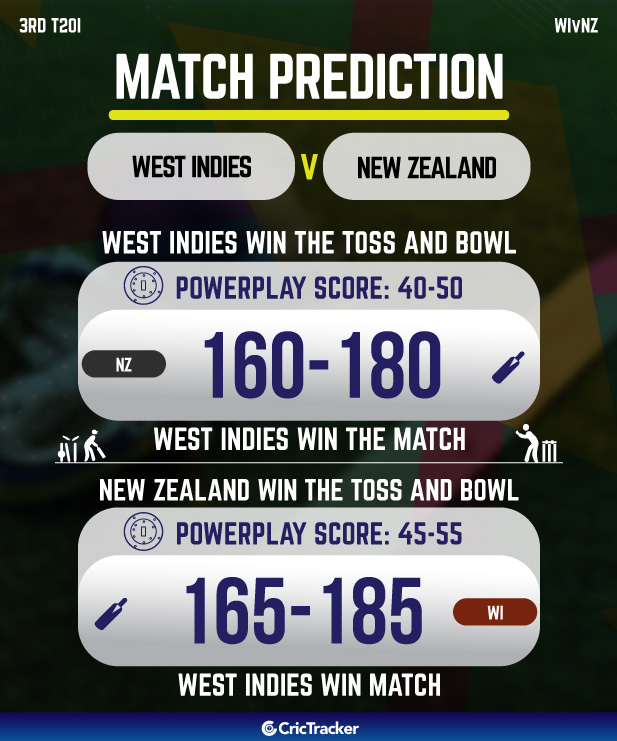