Nicholas Pooran played some breathtaking shots in the 2nd T20I. 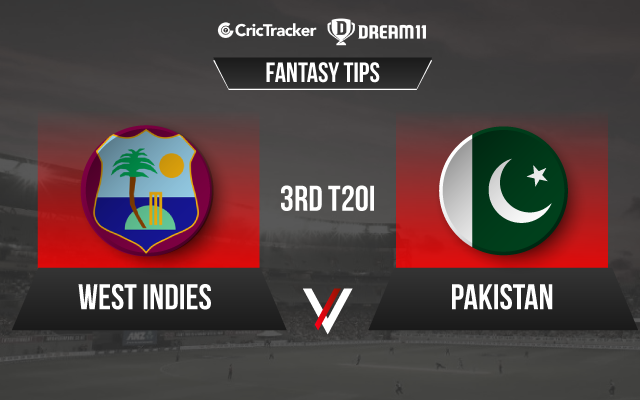 West Indies will take on Pakistan in the 3rd T20I on Sunday. West Indies missed a trick in the 2nd T20I as they couldn’t cope with the required run-rate in the initial 10 overs. They consumed a lot of dot balls and even a monumental inning from Nicholas Pooran couldn’t save the day, as they fell short of the target by 7 runs. It’s a must-win game for them to stay in the contest.

Meanwhile, Pakistan were pretty clear with their game plans in the 2nd T20I, and they executed them really well on the field. Coming up with the thought to bowl Mohammad Hafeez in the 1st over turned out to be a masterstroke for them. Death bowling is still an issue for them and they need to work on that aspect more.

The wicket is conducive for the spinners and the batters struggled to go against them in the 2nd T20I. The surface might slow down a little as the game progresses and batting first will be an excellent option.

Universe Boss Chris Gayle started off slowly in the 2nd T20I and hit only one six in his innings of 16 runs from 20 balls. He will be unstoppable once he starts to get going.

Coming at no. 3, Babar Azam didn’t do any fancy things in the 2nd T20I. He played proper cricketing shots and scored his 20th T20I half-century. He is a captaincy pick for your fantasy teams.

Mohammad Hafeez provided an early breakthrough for Pakistan in the 1st over by dismissing Andre Fletcher. He bowled an exceptional spell and conceded just 6 runs in his full quota of 4 overs.

Dropping Andre Russell for the 2nd T20I affected the hosts a lot. He has the ability to make a major difference in the latter part of the innings and he is likely to feature in this match.

Despite not picking up any wickets, Hayden Walsh was economical in the 2nd T20I. He conceded just 25 runs in his full quota of 4 overs.

Hasan Ali is the most reformed Pakistan bowler in all formats of the game in the last year. He continues to impress with his impeccable line and length. He cleaned up Chris Gayle in the 2nd T20I, which was the major turning point in the match.

Mohammad Rizwan is a busy player who was cruising well for a big score in the 2nd T20I but will be disappointed to get dismissed by a direct hit from Evin Lewis. He scored 46 runs from just 36 balls.

Nicholas Pooran played some breathtaking shots in the 2nd T20I, which was due for a long time. He played till the end but couldn’t able to take his side home. He remained unbeaten on 62 runs from 33 balls, which was comprised of 4 fours and 6 sixes.

WI vs PAK Must Picks for Dream11 Fantasy Cricket:

Shimron Hetmyer is a match-winner. He struggled in the 2nd as he managed to score only 17 runs from 18 balls. You can take a risk and pick him as your fantasy team skipper.

Sharjeel Khan was promising in the powerplay for Pakistan in the 2nd T20I. He is a risky captaincy pick for your fantasy teams.

Sohaib Maqsood averages only 13 with the bat in the last 4 T20Is. Hence, it’s better to avoid him while making your fantasy teams.