Kraigg Brathwaite has been among the most consistent Test Batsmen for the West Indies.

The first game of the two-match Test series between West Indies and South Africa will be played at the Darren Sammy National Cricket Stadium, Gros Islet in West Indies.

The last time South Africa played against Windies in West Indies in a bilateral series in 2005. They have fond memories of not losing a single match at that time. However, none of these players will play in these two tests. It’s the start of a new era for the away team as Dean Elgar’s reign as captain begins. Also, there are a few newbies on their team. However, a lot will depend on the experienced players like De Kook, Rabada and captain Elgar himself.

On the other hand, West Indies were undefeated in their last 4 Tests of which they won 2 against Bangladesh in their backyard. There strong batting lineup and fierce bowling attack can make the competition more tough and interesting. All in all, a crackerjack of a match is on the cards.

Captaincy Pick for WI vs SA

Kraigg Brathwaite has been among the most consistent Test Batsmen for the West Indies. He is a quality batsmen and has the ability to play the long innings. The opening batsman amassed 4113 runs in 68 matches with an average of 33.43 and a strike rate of 40.73 in Test Cricket. He will be a key player for the West Indies.

Dean Elgar is one of the finest openers in the current era of Test Cricket. The South Africa skipper has scored 4260 runs in 67 matches with an average of 39.81 and a strike rate of 47.40 in Test Cricket. Thus, a big score could well be around the corner and hence, he will be a top captaincy option. 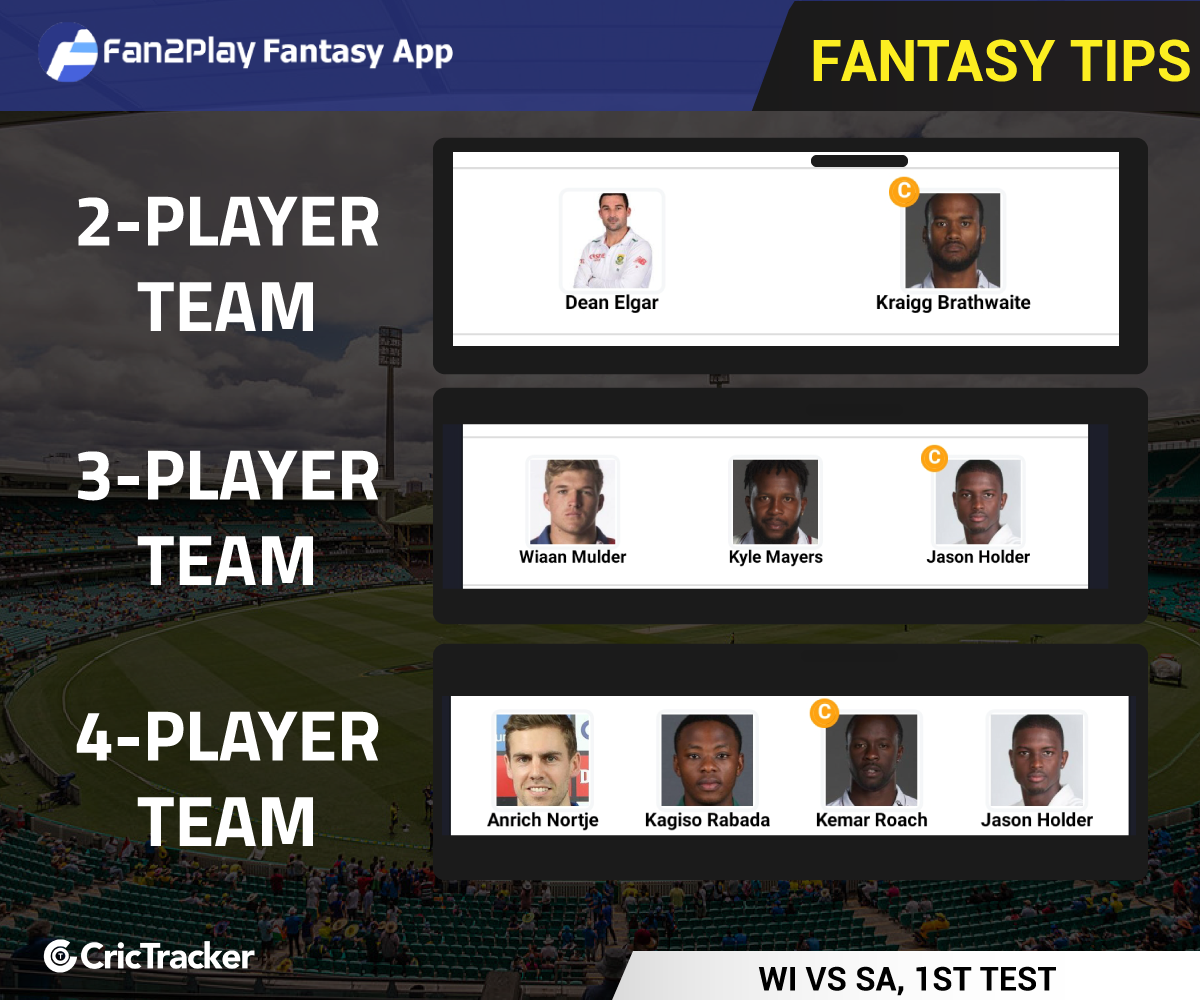 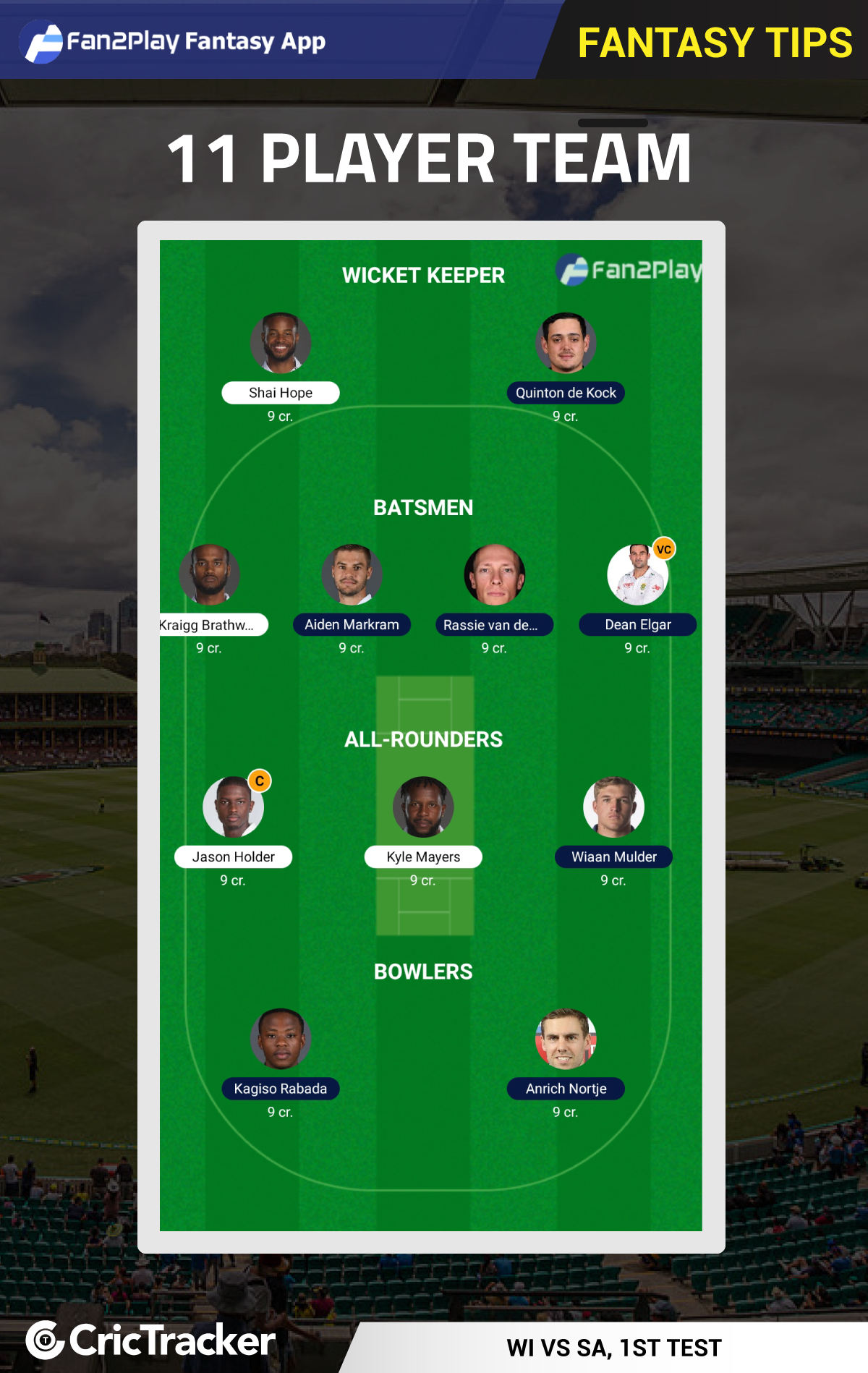