Considering how the first match turned out, West Indies will start as favorites. 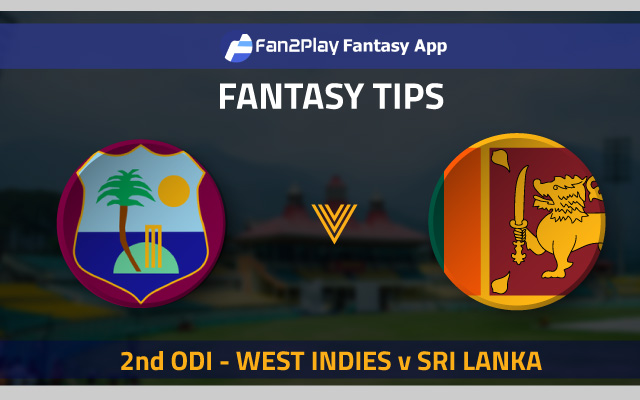 The second game of the three-match ODI series between West Indies and Sri Lanka will be played at the Sir Vivian Richards Stadium in North Sound, Antigua on 12 March 2021.

West Indies started the series with a bang with their win in the first match of the series. The hosts overcame an early outburst from Sri Lankan openers and restricted them for an average score of 232. The West Indian bowlers keep things tight after the opening stand of 105. Part-timer Jason Mohammed and all-rounder Jason Holder picked up two wickets each to make sure that the Sri Lankan team didn’t get partnerships going on after the first wicket fell.

West Indies’ batting, on the other hand, was supremely good as Shai Hope guided the run chase, which could have gone either way considering that Sri Lanka posted a competitive total in front of the hosts. Hope notched up his 10th ODI century, but he also got an ample amount of support from Evin Lewis, who made 65. West Indies took their time and only finished the chase in the 47th over. However, the dominant performance which allowed them to seal the win by eight wickets will also give them confidence for the second match.

Considering how the first match turned out, West Indies will start as favorites. However, Sri Lanka would be fully aware that the middle-order can be exposed against spin bowlers, hence early wickets will be key for them.

In the first match of the series, Hope once again showed why he is the most dependable player from his West Indian team. He scored his 10th century in only his 74th innings. His knock of 110 runs off 133 balls, was a complete innings and he held one end, making sure that the visitors didn’t get an opportunity to make a comeback in the match. His form will be one of the important aspects of the series, as the hosts aim to seal the series with another win.

The Sri Lankan opener played an important inning of 55 runs off 61 balls. He was expected to continue and get a big score for the tourists but a freakish dismissal didn’t allow that to happen. He was controversially given out due to obstruction of the field. The left-handed batsman had also scored a fifty in the T20Is, so he is undoubtedly one batsman from this unit who can be trusted to deliver in these conditions. 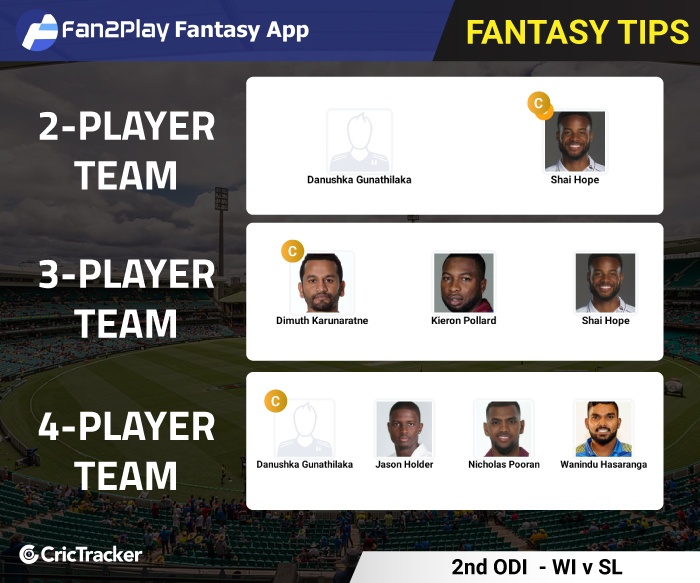 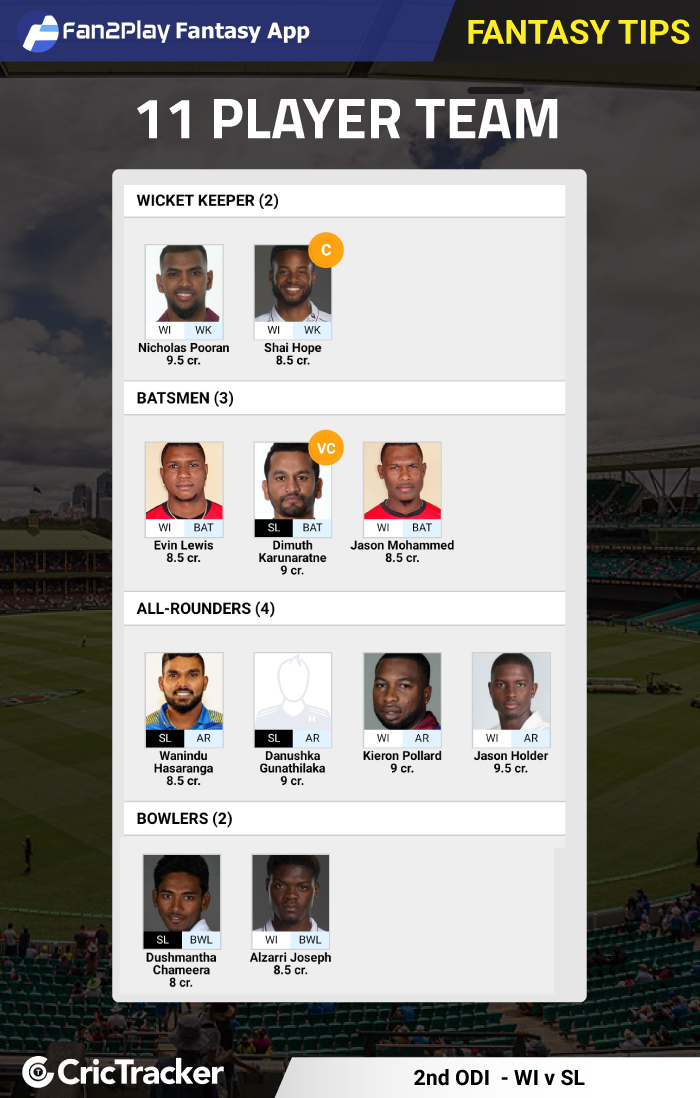