Lakshan Sandakan can be a great budget pick at 8 Cr. 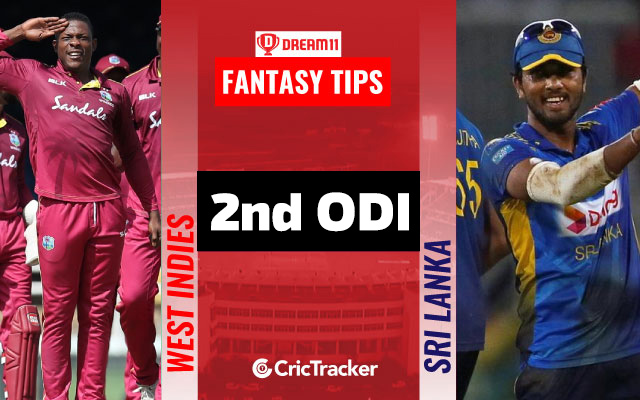 The 2nd of the 3 match ODI bilateral series between West Indies and Sri Lanka will be played on 12th March at Sir Vivian Richards Stadium, Antigua.

The match is scheduled to start at 9:30 AM local time and 7:00 PM IST and it will be streamed live on Fancode.

West Indies will take on Sri Lanka in the 2nd of the 3-match ODI series on Friday. After clinching the T20 series 2-1, West Indies are already 1-0 up the ODI series. A dominating batting display by openers Evin Lewis and Shai Hope sealed the game for the hosts in the first ODI by 8 wickets with 3 overs to spare. With their depth in their batting line-up and advantage of the home soil, they are likely to win the series in the second match itself with one match remaining.

Meanwhile, Sri Lanka battled really hard in the first ODI as they handed an 8-wicket victory to West Indies. Now, they are in a must-win situation and will need two back-to-back victories to take the series 2-1. Despite their loss in the 1st ODI, Dimuth Karunaratne, Danushka Gunathilaka, and debutant Ashen Bandara shined with the bat. They made a lot of changes in the playing eleven which cost them the match. There is not much time left in the series and they need to come really hard to level the series in the 2nd ODI.

It will be mostly sunny throughout the day in Antigua with the temperature hovering at 27 degrees Celsius and the humidity will be 67 percent. There is no chance of precipitation for this match.

It is a pretty even batting surface where batters can enjoy their way out in the middle. It will become much flatter in the latter half of the match, and slow bowlers will be really handy on this wicket. Anything over 270 is a good competitive score on this track.

Shai Hope was the player of the match in the first ODI for his remarkable knock. He showed a lot of grit and played till the end by scoring an unbeaten 110 runs from 133 balls. In his 77 ODIs, he has scored 3399 at an average of 52.2, with the highest score of 170.

Evin Lewis played watchful innings of 65 runs from 90 balls in the last game. If he plays for a minimum of 10 overs at the start, he can build long innings without any doubt.

Jason Holder is always an effective bowler in home conditions, he bowled really in the 1st ODI by picking up 2 wickets at an impressive economy of 3.9. Not to forget he has got good batting skills and can score runs lower down the order.

Sri Lanka’s opener Danushka Gunathilaka was playing well on 55 from 61 balls and was set for a big score, but he was unfortunate to lose his wicket for obstructing the field.

Ashen Bandara played a matured innings when it required the most. Coming at number 6, he registered his first half-century in his debut game. 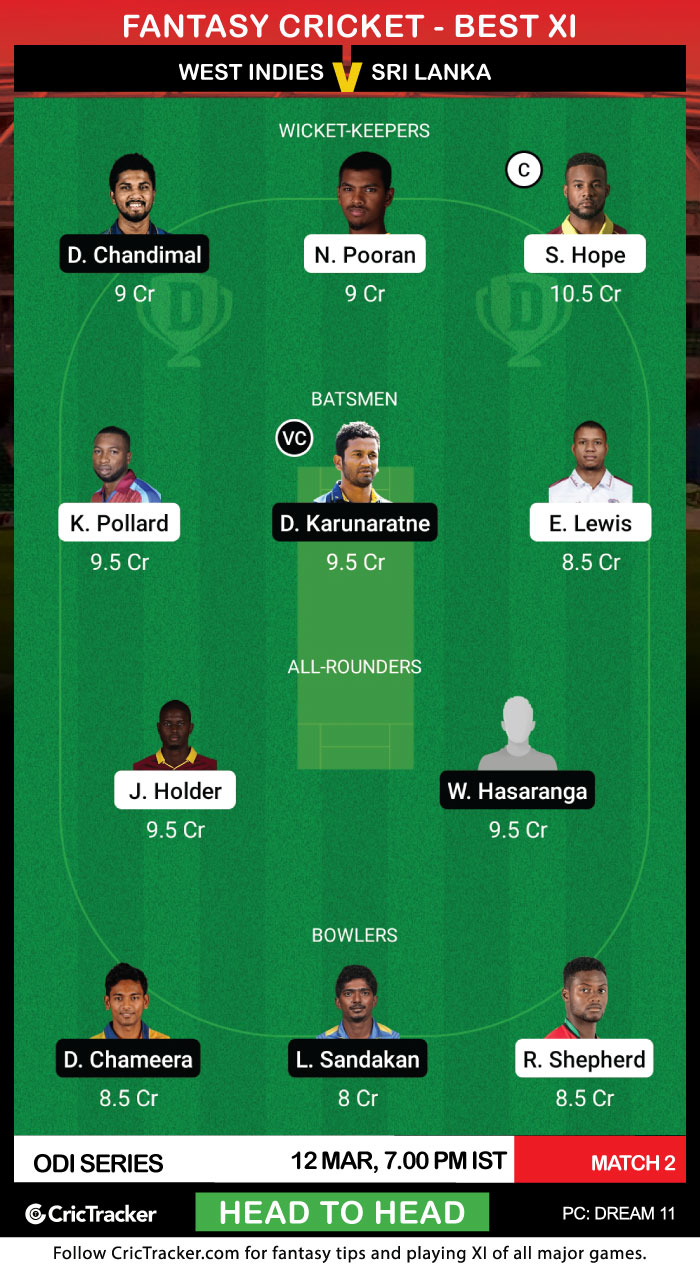 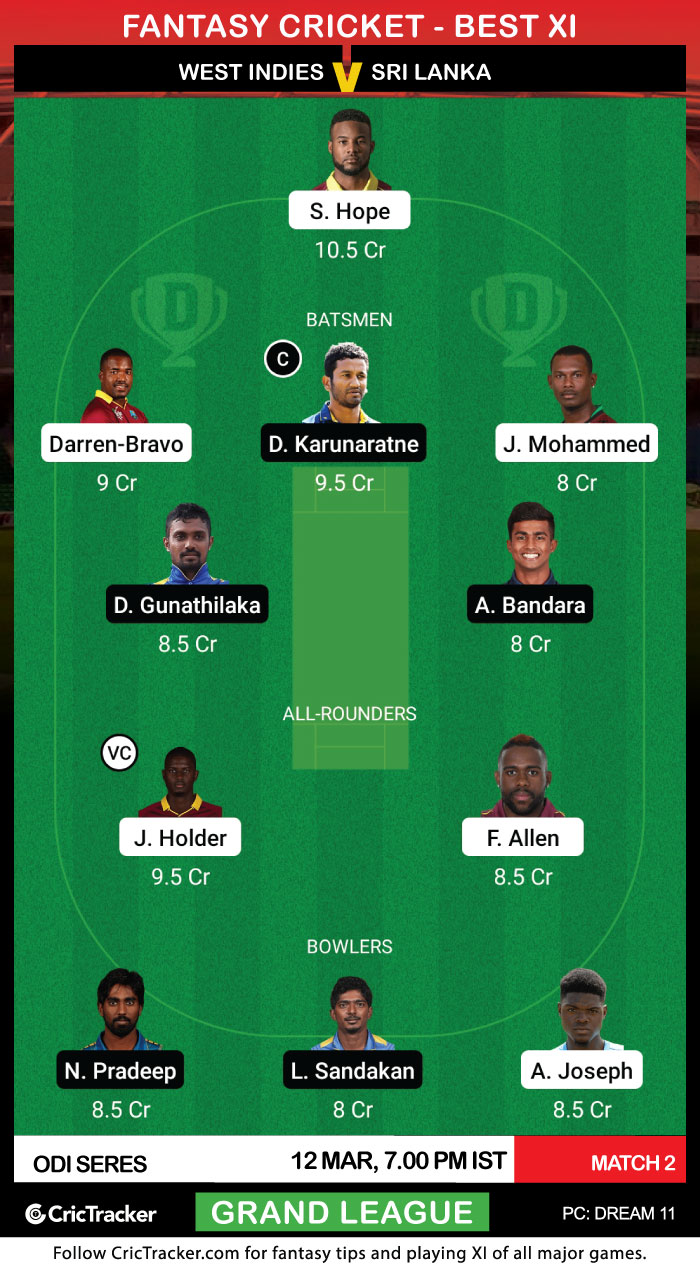 Lakshan Sandakan can be a great budget pick at 8 Cr. He picked up 6 wickets in just 2 T20Is in the recently-concluded series against West Indies.

West Indies are expected to win this match.