The 11th match of the Super50 Cup 2021 will be played between Windward Volcanoes and Barbados Pride on 18th February at Coolidge Cricket Ground in Antigua.

The match is scheduled to start at 9:00 AM local time (6:30 PM IST) and it will be streamed live on Fancode.

Given the squad that they have got, it is a bit baffling that Barbados are yet to win a single match in Super50 Cup 2021. They have quite a few renowned players in their team, who have had their share of success in international cricket.

However, it hasn’t quite worked out for them in this competition. For Windward Volcanoes, however, it indeed has worked out to some extent. They have won 2 of their 3 games, and are one of those teams who you would expect to see in the semi-finals.

It will be a pleasant day here in Antigua, with the temperature being around 26 °C. There are, but only 20% chances of precipitation.

The batsmen will get slightly more advantage than the bowlers, especially in the second innings. Bowlers can also be successful here, if they hit the right line and length.

Keron Cottoy can earn you plenty of points with both his batting and his bowling. He has scored over 130 runs in his last 2 games, while Cottoy also has 3 wickets to his name.

Sunil Ambris has been in sublime touch with the bat. He has scored over 160 runs in his last 3 games, and if needed, he can also do a commendable job with the ball in hand.

Jonathan Carter can be a good budget option from the batsmen. He has scored 130 runs at a splendid average of 65.

If you are looking for a budget pick from the bowlers. Ryan John can be a decent pick. He has scalped 4 wickets and has an economy rate of under 6 runs per over. 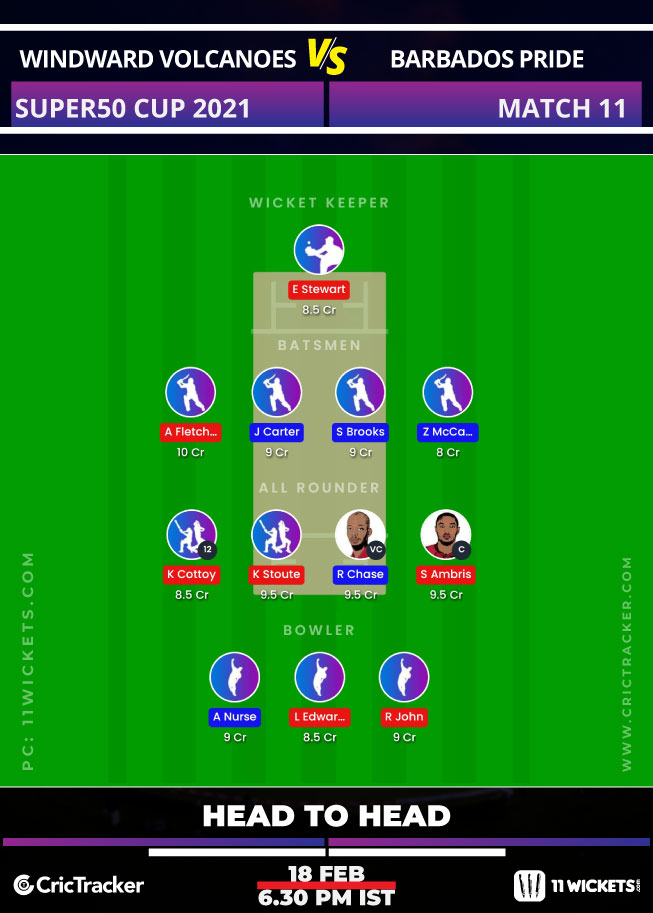 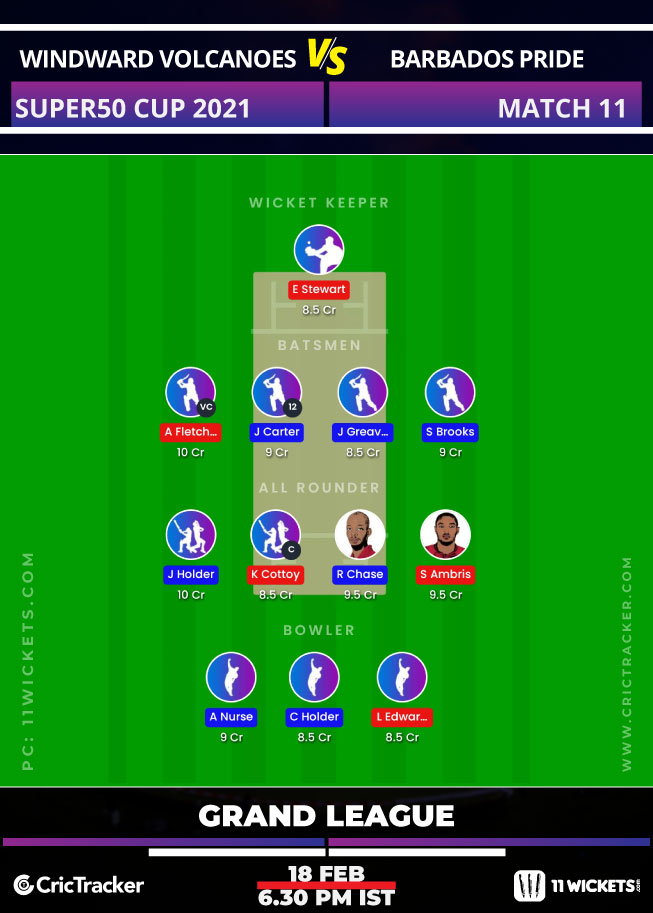 West Indian international Shamarh Brooks has scored most runs for Barbados Pride in this tournament. He has amassed 137 runs in 3 matches at an average of 45.66, with the best score of 96. It is advisable to include him in both of your 11Wickets Fantasy teams.