The three-match series has been completely one-sided thus far.

The Windies had some memorable times in the Test and ODI format against England, who are deemed as one of the best teams in both the versions of cricket. The Caribbeans entered the T20I series as the favourites, having won the world title as many as two times. However, the Three Lions have come out all guns blazing and have won the first two games in St Lucia and St Kitts respectively.

The Brits, led by Eoin Morgan, got home by four wickets to take a lead in the series. Thereafter, the visiting team came out firing on all cylinders and inflicted utter mayhem in the Windies camp with a resounding 137-run victory. Subsequently, the Poms also won the series. Going into the final encounter at the Warner Park, the Windies need something outstanding to avoid a whitewash.

The 3rd and final game of the 3-match T20I series between Windies and England will be hosted by the Warner Park, Basseterre, St Kitts.

The game will be live on Sony SIX and Sony SIX HD in India. (Live streaming in Sony Liv).

Scores over 180+ in the previous five T20s by the teams batting first. 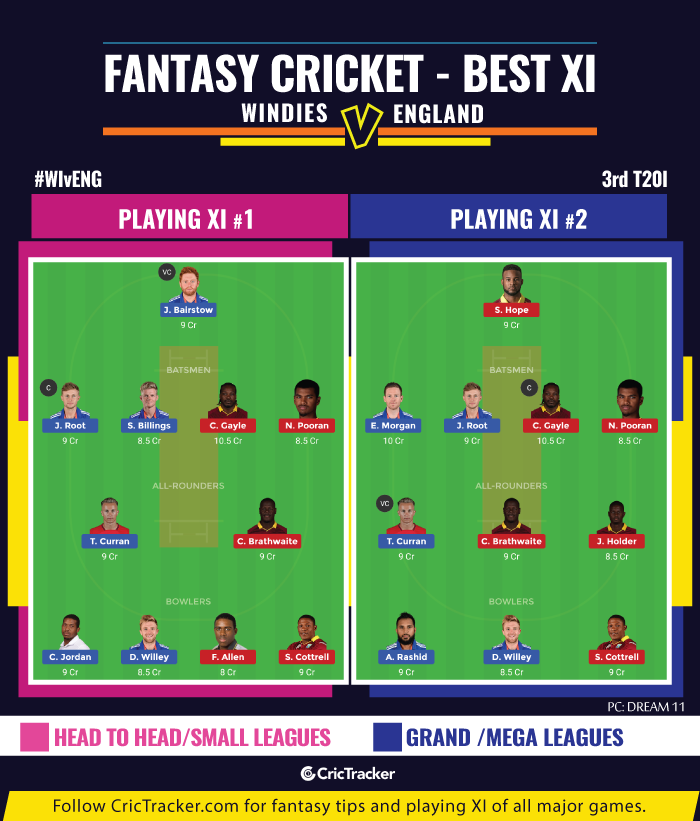 England are expected to win the encounter.