Stafanie Taylor is a good captaincy pick for this clash.

West Indies Women and Pakistan Women will cross swords in the 3rd ODI of the five-match series. The clash takes place at the Sir Vivian Richards Stadium in Antigua on July 11.

This encounter will begin at 07:00 PM IST and will be streamed live on FanCode.

Pakistan haven’t able to do much in this tour as they are still searching for their maiden victory. Although there have been some impressive individual performances, performing together as a unit has been a concern for the women in green. On the contrary, West Indies have been on a roll.

After whitewashing the preceding T20I series 3-0, the home team continued their stellar run in the 50-over format as well. West Indies comprehensively won the first two games, and a win in this clash would seal the deal for them. This also means the third ODI is a do-or-die encounter for Pakistan, and they must put their best foot forward.

Captaincy Picks for WIW vs PKW:

The West Indies skipper has been in fine form this series and would possess a major threat to Pakistan again. Although Taylor didn’t have much to do in the previous clash, she put up an all-round show in the first ODI. The off-spinner had picked three crucial wickets before mustering a scintillating century while chasing.

Taylor is certainly not the only all-rounder who is expected to shine in this contest. Nida Dar has been delivering consistently despite her side’s rather dismal outing. The right-handed batter scored a brilliant half-century in the first game and her off-breaks have been handy as well. 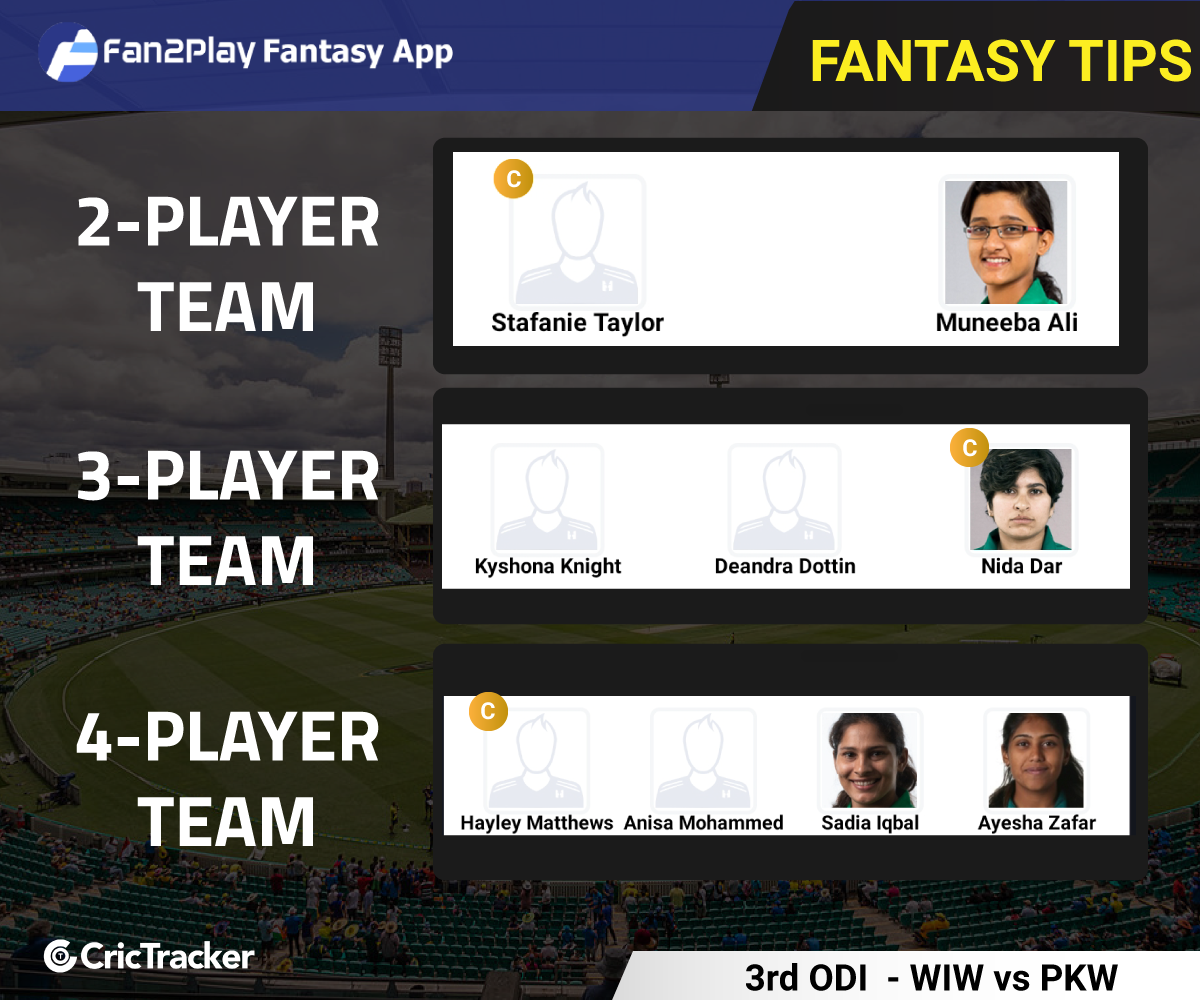 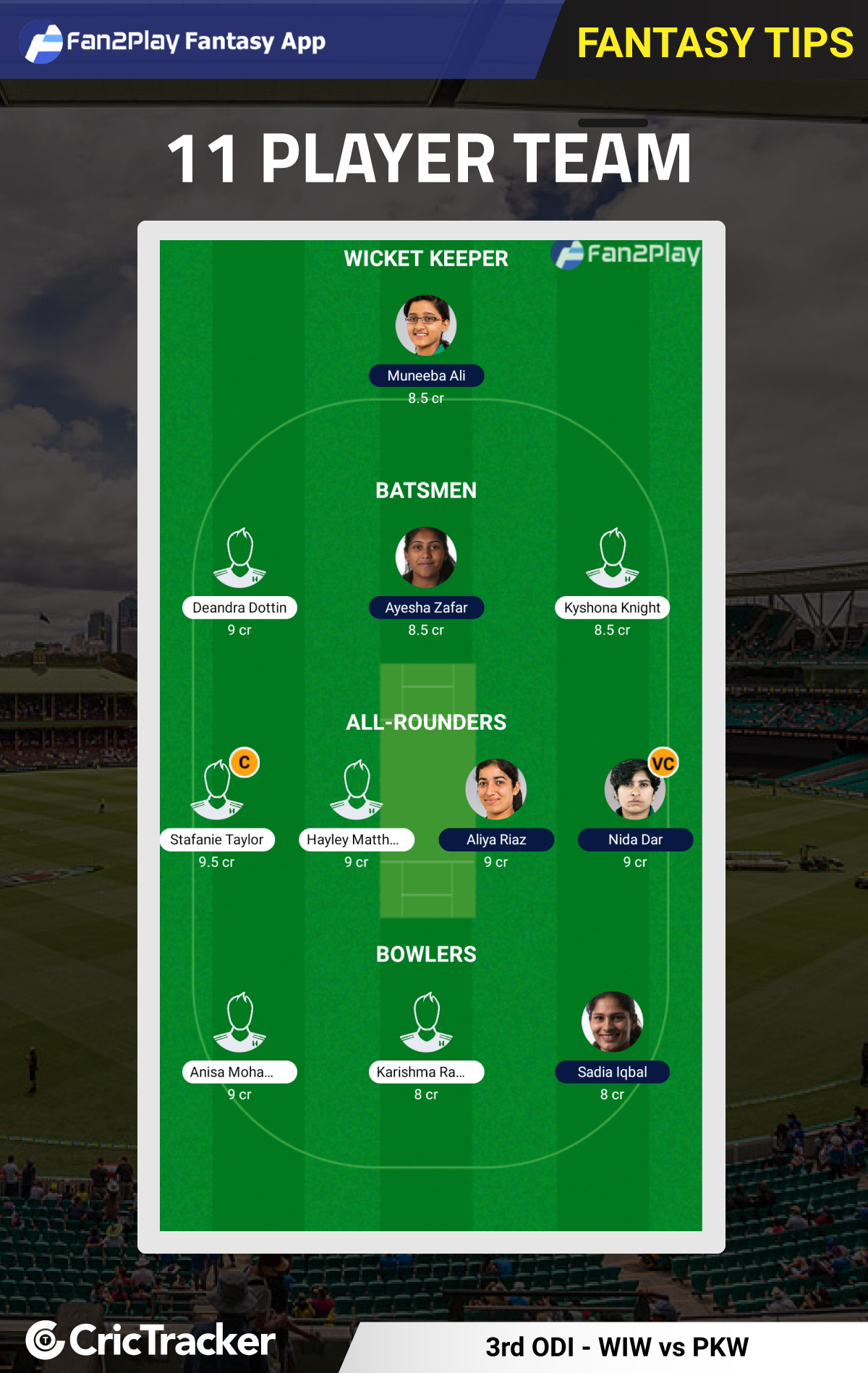