Hayley Matthews is a good captaincy pick for this match.

West Indies Women and Pakistan Women will clash in the 4th ODI of the five-match ODI series. This encounter will take place on 15th July 2021.

This match will commence at 07:00 PM IST and will be played at the Sir Vivian Richards Stadium in Antigua.

Hayley Matthews showcased her class in the third ODI against the Pakistan side. She scored a classic 121-ball 100 and ensured that her side went past the target of 183 set by the Pakistan side with ease. Mathews will hold the key for her side in the 4th ODI as well.

Omaima Sohail was the star performer of the Pakistan side with the willow in hand in the third ODI. She scored 62 off 79 deliveries and held the innings together. Pakistan will be hoping that Sohail can repeat that performance yet again. 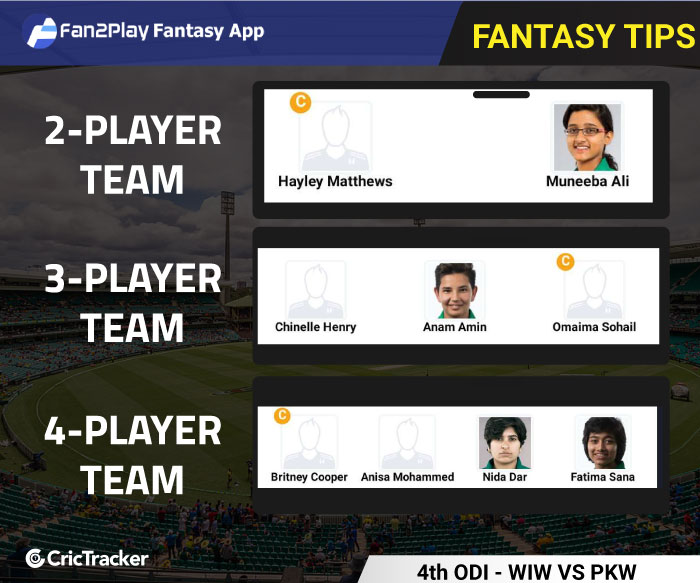 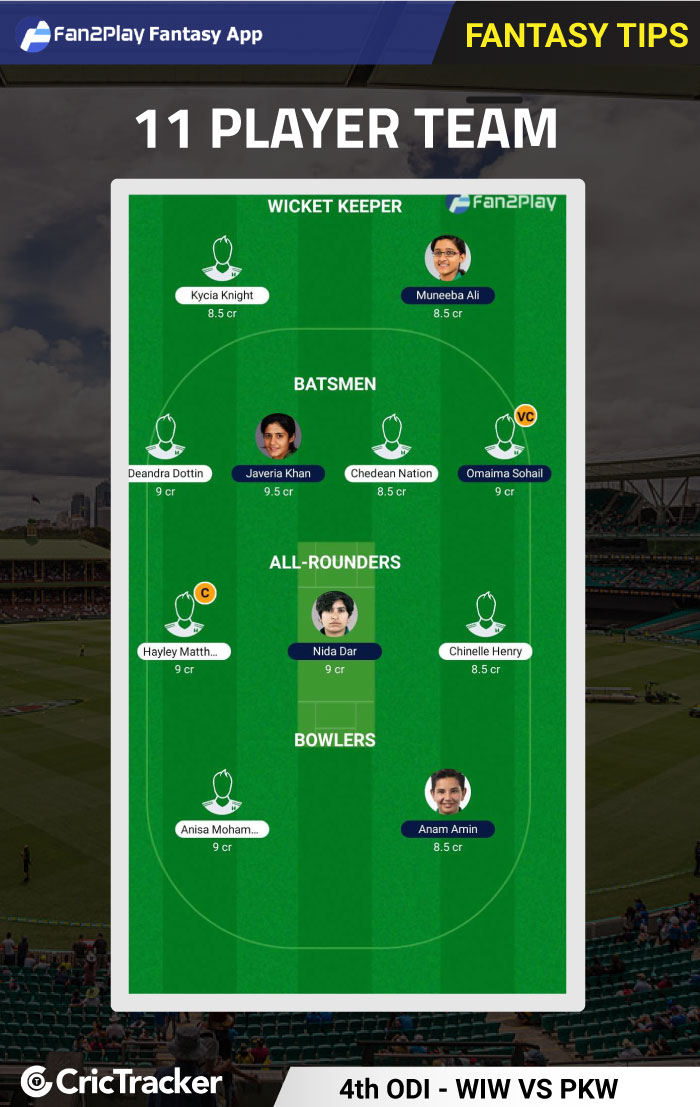