Kyshona Knight is a good captaincy pick for this match.

West Indies Women and Pakistan Women cross swords in the fifth and final ODI of the series. This encounter will take place on Sunday (July 18).

This match will commence at 07:00 PM IST and will be played at the Coolidge Cricket Ground in Antigua.

With West Indies enjoying an unassailable 3-1 lead, this fifth ODI is nothing but a dead rubber. The home side has been brilliant in all three departments, and Pakistan didn’t experience many pleasant moments. While the Caribbean batters scored runs consistently, their bowling attack is daunting, to say the least.

As a result, West Indies comprehensively won the ODI and T20I series. However, one must not forget that the Javeria Khan-led side registered a four-wicket win in the previous game. Hence, they would like to clinch the final clash as well to end the series on a high.

Despite not getting much support from other batters, Kyshona Knight didn’t put his guards down in the previous game and scored a valiant half-century. She held the innings from one end and also didn’t hesitate in dispatching loose deliveries over the ropes. In total, Knight scored 88 off 140 balls as West Indies posted a respectable total of 210 runs.

Fatima Sana will be the player to watch out for from the Pakistan camp.  The right-arm pacer made the ball talk in the previous game and ran through West Indies’ batting order. She kept the scoring rate down and also took wickets at regular intervals. Sana eventually registered a four-wicket haul as Pakistan registered their first win on this tour. 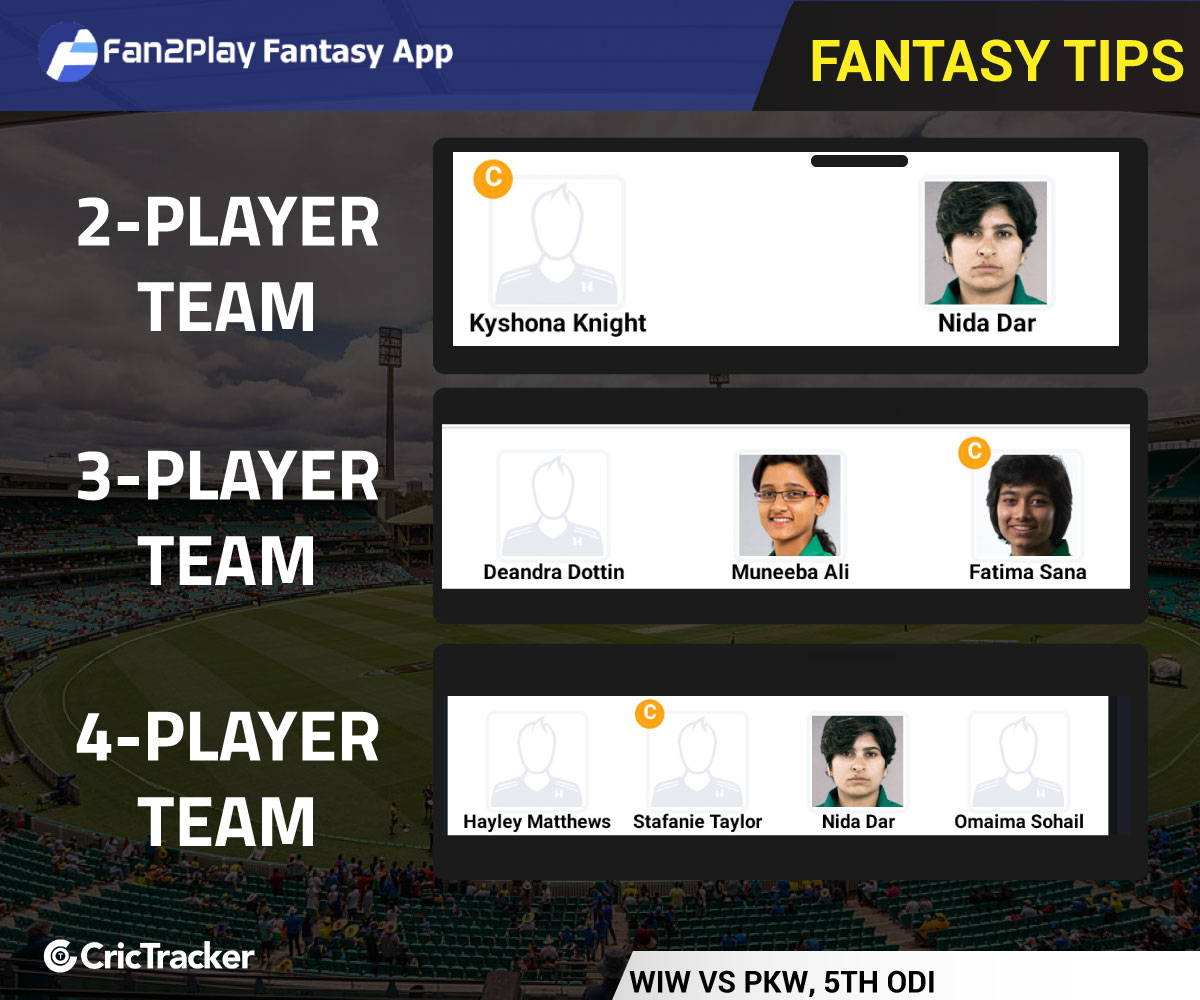 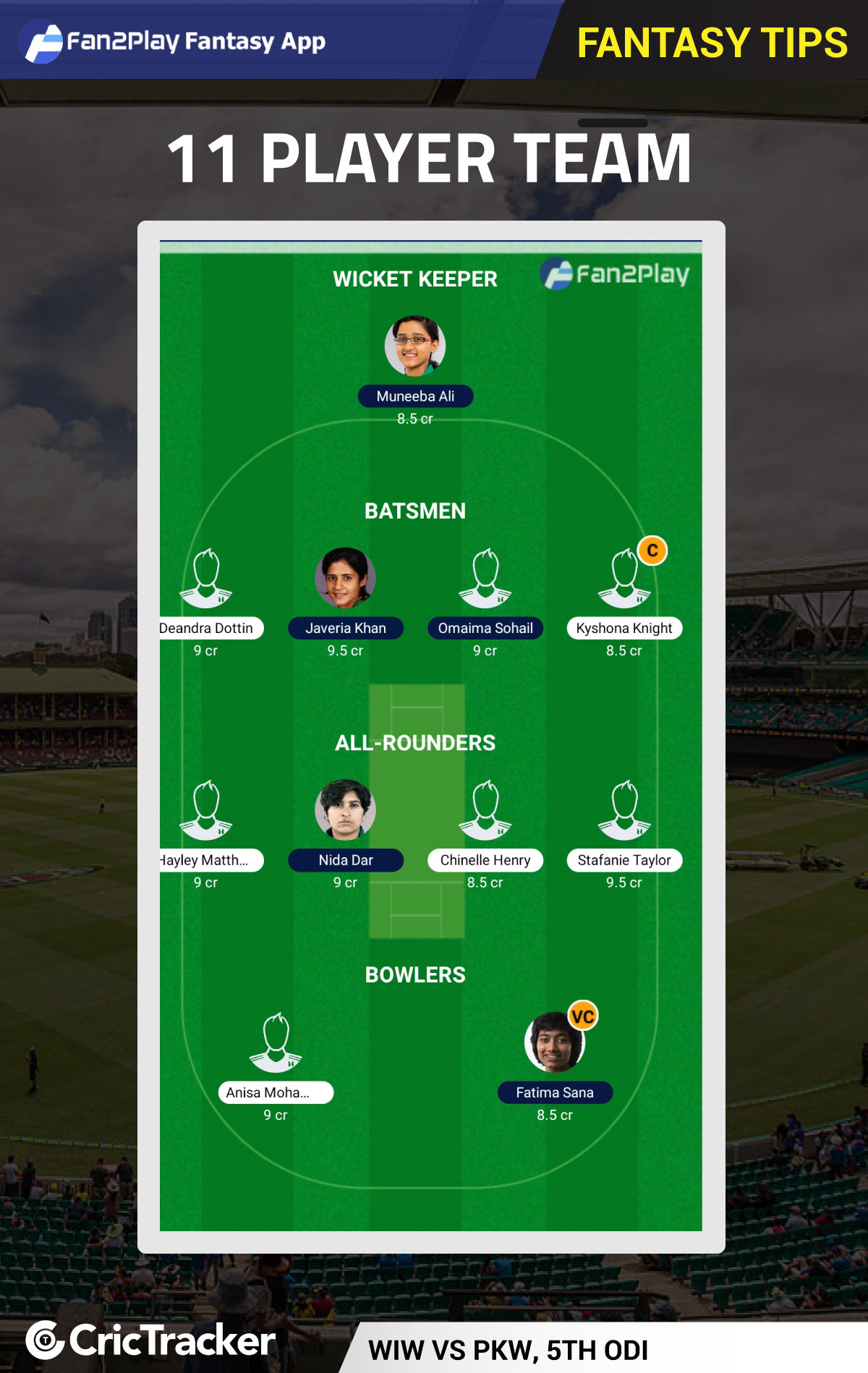