Rene Farrell has picked up 50 wickets in 22 matches across the last three editions.

The Final of the Women’s National Cricket League (WNCL) 2019/20 will be played between New South Wales (NSW) Women and Western Australia Women at the North Sydney Oval in Sydney.

The WNCL 2019-20 comes down to the final where the Western Australia Women will be aiming for their maiden title. It won’t be any easy for the Chloe Piparo-led team as they will be up against the New South Wales Women in the finale. The NSW Women have been part of all the 23 editions of the WNCL and won 20 of them. However, Western Australia can take the confidence from their 4-wicket win in the least league match over the NSW where they chased down 224 at the North Sydney Oval, which will host the final as well. This will be the 3rd WNCL final for Western Australia as they made it here in 1999-00 and 2017-18 season.

Most part of Sunday is likely to be under the clouds at the North Sydney Oval but the final is expected to finish without any interruptions.

The North Sydney Oval hosted two matches in this season and both were won by the chasing teams. NSW team chased down 201 against Tasmania while Western Australia chased down 224 against the hosts. Earlier in the 2018/19 WNCL final, the NSW Women posted 259 batting first against Queensland and won the game by 31 runs. Hence, the team batting first on Sunday will be aiming to reach 240 at least.

Nicole Bolton is a must as captain in this match given her performances in this ongoing tournament. The left-handed batter is the leading run-getter of the tournament with 369 runs across 8 matches scoring four fifties. Bolton also claimed 13 wickets in the tournament at an average of 21.3. Rene Farrell is continuing her rich form with the ball in the WNCL matches as she claimed 50 wickets in 22 matches across last three editions. This year, she took 17 wickets in 8 matches and also aggregated 89 runs. Emma King has picked 15 wickets in 8 matches this season but has been wicketless in the last two matches. She bagged 12 wickets in six matches last season and will be hoping to star with the ball in the final. 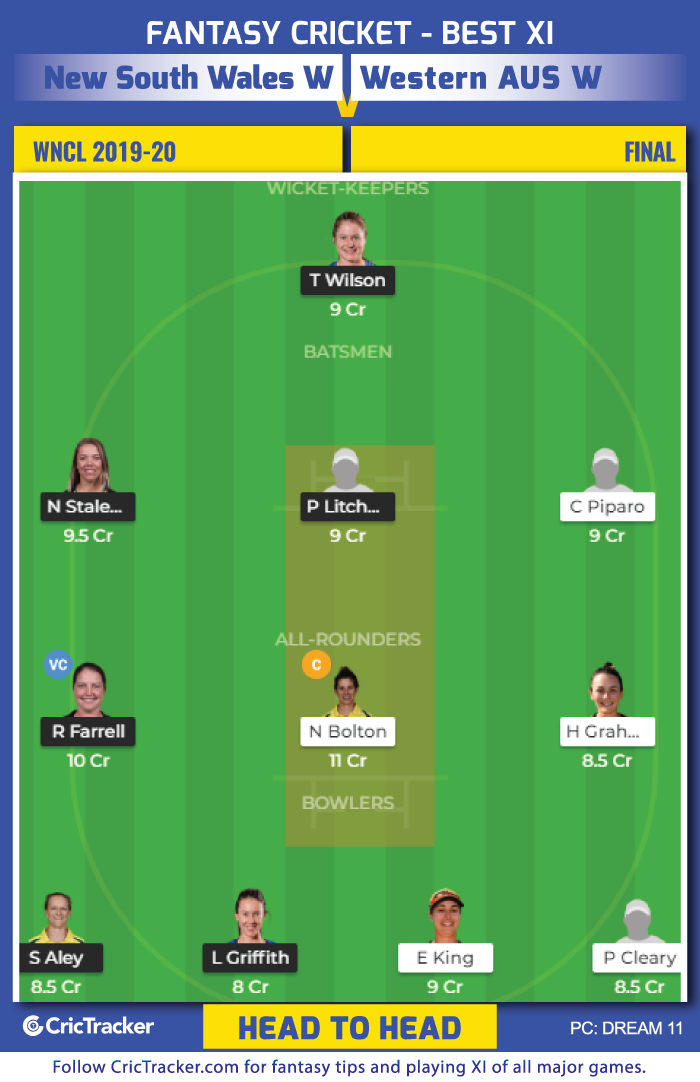 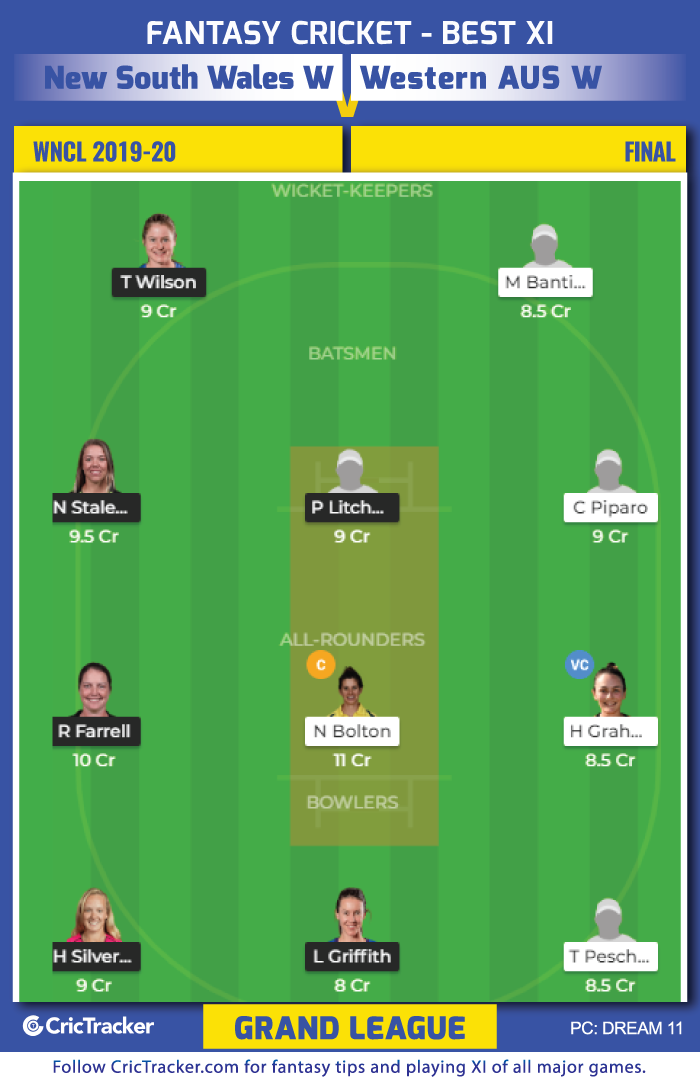 In the absence of the star players due to the Women’s T20 CWC, both NSW and Western Australia teams are likely to not tinker much with their line-ups. Both the teams could be seen fielding with same XIs from their last league match.

New South Wales Women are expected to complete yet another WNCL victory.