Beth Mooney and Jess Jonassen join Queensland for the 2nd round of WNCL.

The 10th match of the Women’s National Cricket League (WNCL) 2019/20 will be played between Australian Capital Territory (ACT) Women and Queensland Women at the Blacktown International Sportspark 1, Sydney.

The Australian Capital Territory (ACT) Women remained unbeaten in the first leg of the tournament as they registered back to back wins. They got better of Victoria Women and South Australia Women by close margins. Their 2nd round begins against Queensland Women on Tuesday in Sydney. The Queensland Women lost to Western Australia Women but bounced back with a 101-run victory over Tasmania in September. They are boosted by the inclusion of the International players for the 2nd round and are likely to start with a big win.

Rain is expected at regular intervals on Tuesday at the Blacktown oval and we could be in for a shortened match.

The Blacktown Olympic Park Oval ground in Sydney usually produces sluggish tracks. Hence, we might not see totals more than 200 often and even those will be quite tough to chase down. There are good chances of rain for Tuesday’s match and it could quicken the pitch.

Katie Mack struck fifties in both the game during the first round which includes an 83-run knock while Amy Yates bagged seven wickets including a 6-wicket haul. In current form, if Beth Mooney gets to bat up the order, she is likely to score big runs. She averaged less than 40 in the last two editions of the WNCL and scored only 1 fifty in 11 innings. Jemma Barsby claimed only one wicket in first-round matches but is likely to be among top performers as she bagged 13 wickets in the previous two editions. 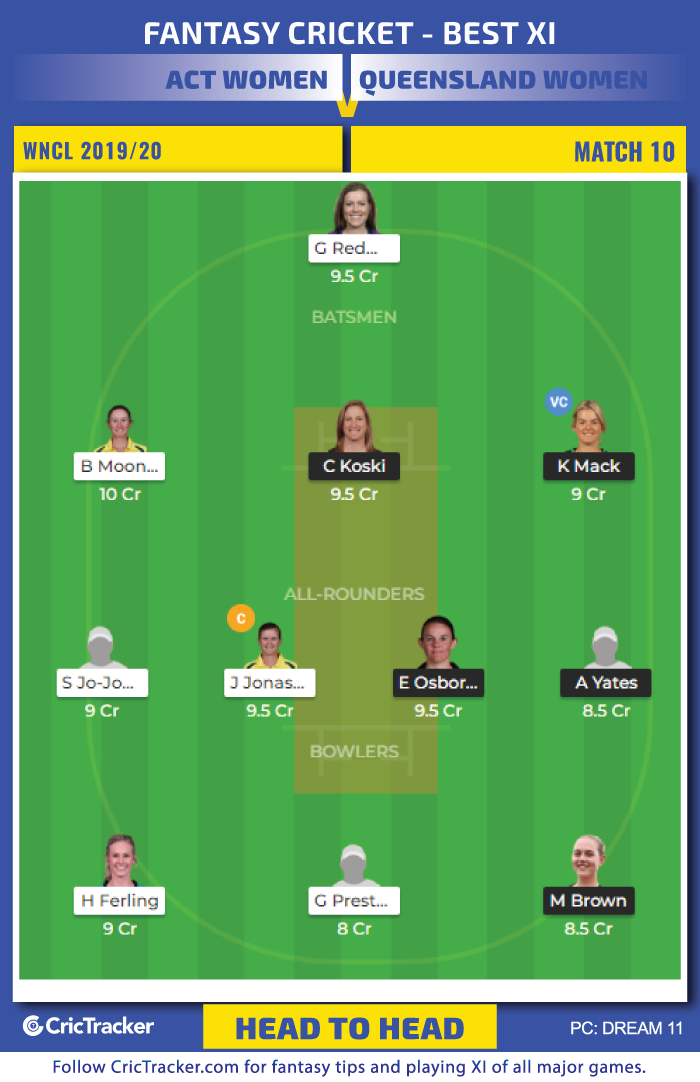 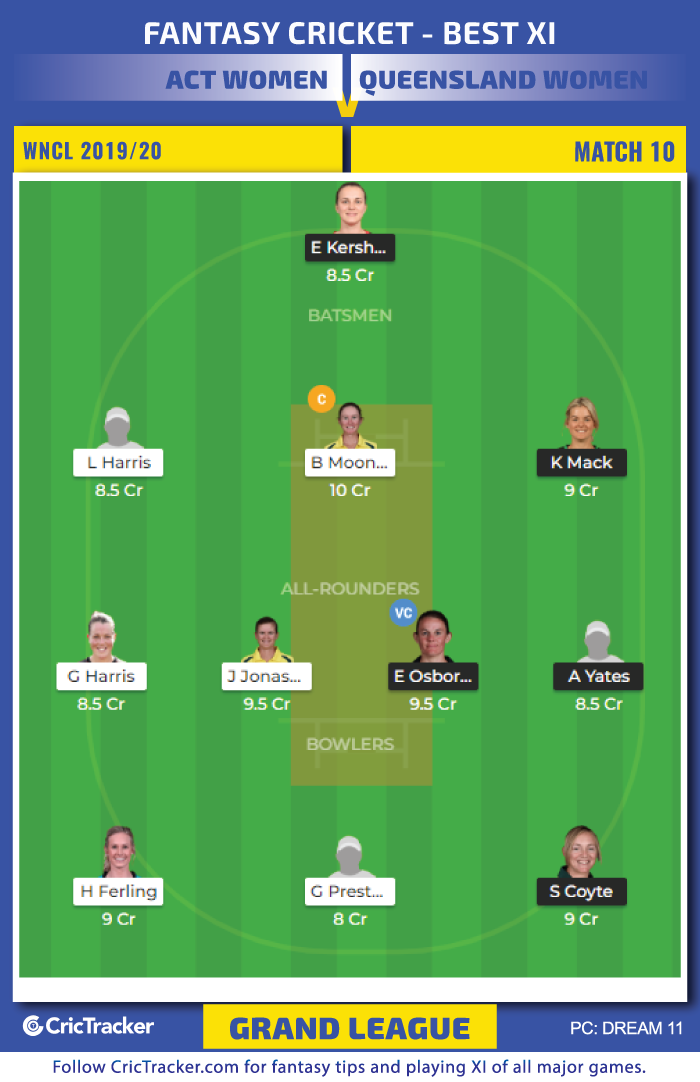 Jess Jonassen will make it to any fantasy team considering her all-round skill. However, she is likely to bat at No.3 and in case of overs reduction, her impact in the game will go up. Hence, making her captain or vice-captain will be crucial in this match.