Annabel Sutherland aggregated 141 runs and picked up seven wickets in this tournament across three games.

The 12th match of the Women’s National Cricket League (WNCL) 2019/20 will be played between Victoria Women and Western Australia Women at the Junction Oval, Melbourne.

The Victoria Women stepped into winning ways as expected with the inclusion of big names. Interestingly, both Meg Lanning and Ellyse Perry failed to make a major impact in the first game. But it was Annabel Sutherland and Sophie Molineux’s all-round performances that backed Elyse Villani’s 99 in their big win over the Western Australia Women. The Chloe Piparo registered back to back wins at the start of the season but the 117-run win of Tuesday was surely a setback for Western Australia.

No rain is forecasted at the Junction Oval on Thursday during the match between Victoria and Western Australia.

The Junction Oval, as expected, produced a big total as Victoria Women posted 259/7. However, the quality in their bowling did not allow Western Australia Women to score big. We can expect a similar pitch on Friday which could be seen slowing down as the match progresses. Anything over 240 will be a winning total for the side batting first but Victoria’s batting is capable of chasing down even 275.

This WNCL has been a tournament to remember for Annabel Sutherland as she aggregated 141 runs in three matches at an average of 70.5 and picked up as many as seven wickets at 11.71 average. Sophie Molineux is on the same level as she scored 47 runs and took two wickets in the previous match. Elyse Villani scored 99 on Tuesday against Western Australia. She scored 475 runs across last two season in 9 innings with two hundreds and two fifties. Nicole Bolton has been consistent in this tournament with 148 runs including two fifties and also claimed three wickets across the three matches. 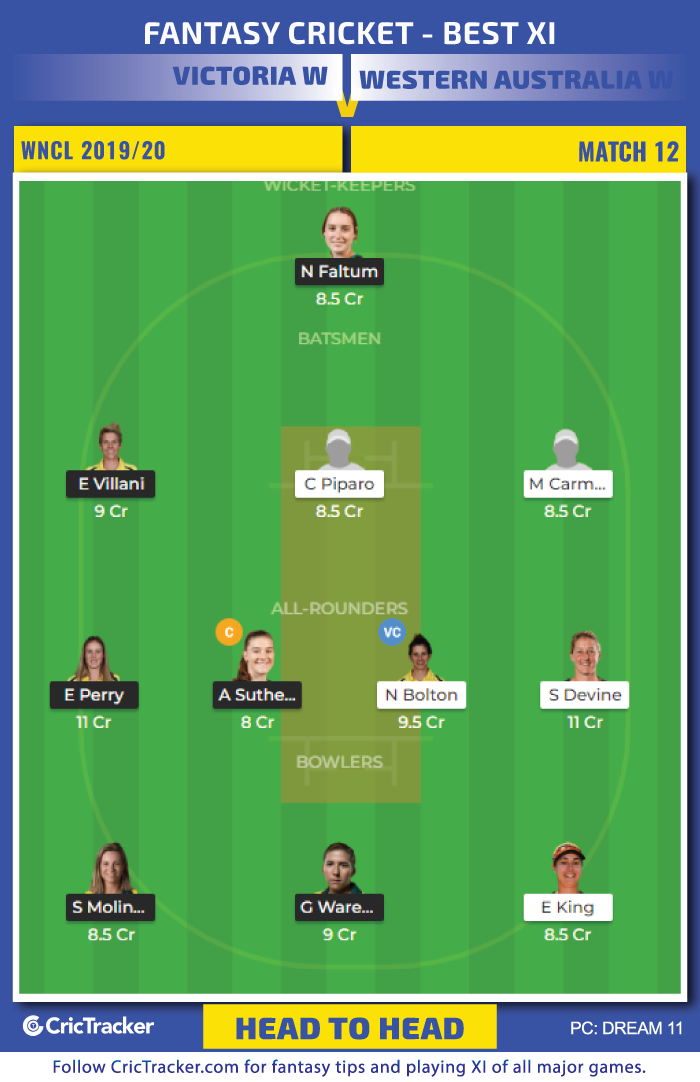 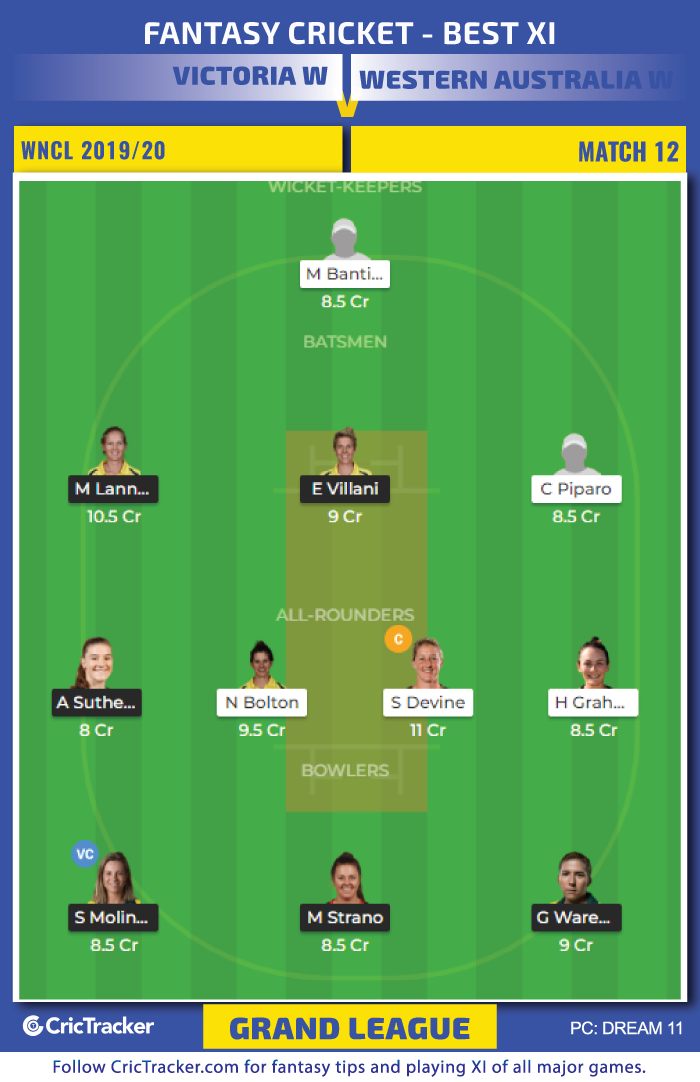 Only one of Meg Lanning and Ellyse Perry can be fitted into the fantasy in the current scenario due to their high prices. With a settled opening pair of Villani and Molineux scoring well, the legendary duo could get a chance to bat only in the 2nd half of the innings. Lanning’s main role is batting only while Perry is not likely to bowl full quota due to the available bowling options.

Victoria Women are expected to register their 2nd straight win against Western Australia.