Bridget Patterson is averaging 100 with the bat in this tournament as she aggregated 200 runs across 3 innings.

The 14th match of the Women’s National Cricket League (WNCL) 2019/20 will be played between South Australia Women and Tasmania Women at the Karen Rolton Oval in Adelaide.

South Australia Women’s losing streak continued as they lost all the three matches they played in the tournament thus far. The game on Wednesday showed their problem of scoring big runs after a good start. They were 153/3 in the 37th over but bowled out for only 172. The Tasmania Women, who failed to open their account in the first round, had the first taste of success with this win. Nicola Carey’s all-round show played a key role in Tasmania’s victory as she took 2 wickets and followed it with a fifty.

The Karen Rolton Oval in Adelaide could be under periodic clouds on Thursday but no rain is forecasted.

The Karen Rolton Oval produced a slower track after a couple of high-scoring matches in the WNCL. The home side were rolled over for just 172 batting first while the Tasmania chased down it in only 38 overs. It gives a hint of the pitch being better than how the South Australia team made it look like with some poor batting.

Bridget Patterson is averaging 100 with the bat in this tournament as she aggregated 200 runs across 3 innings with scores of 81, 78* and 41. Nicola Carey proved her impact yet again scoring 64 after recording figures of 2/25 in the 10 overs she bowled. Making her captain or vice-captain will be a no-brainer. Megan Schutt took a 3-wicket haul in her first game of the tournament. The South Australia skipper conceded only 21 runs in the 10 overs she bowled along with 2 maidens. Meg Phillips usually bats up the order for Tasmania and is a consistent performer. 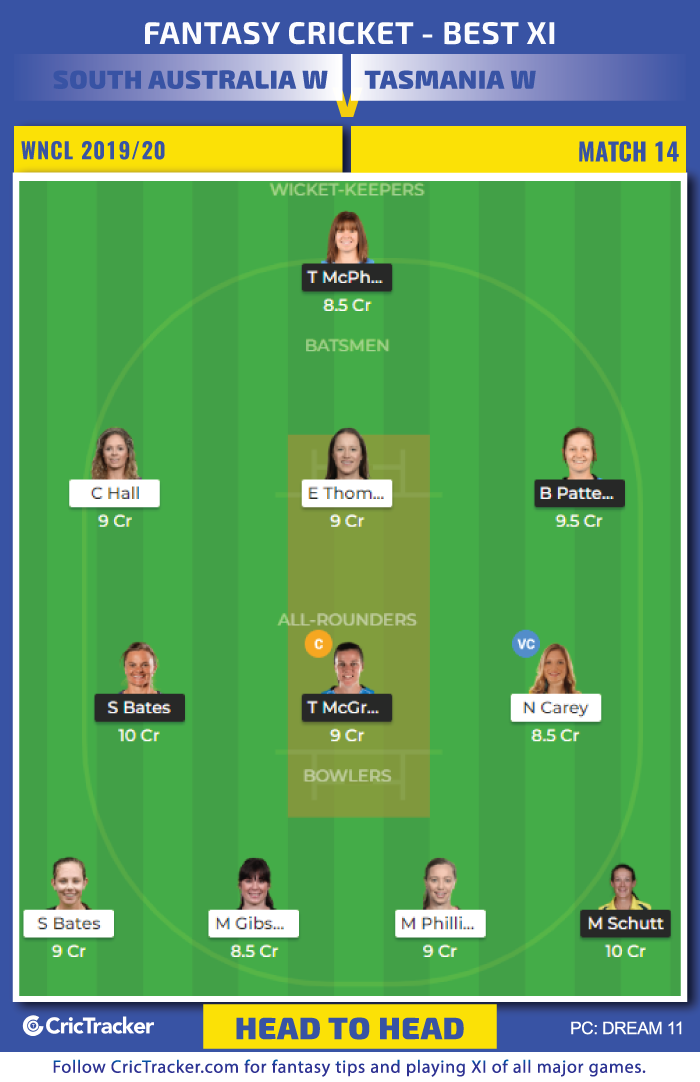 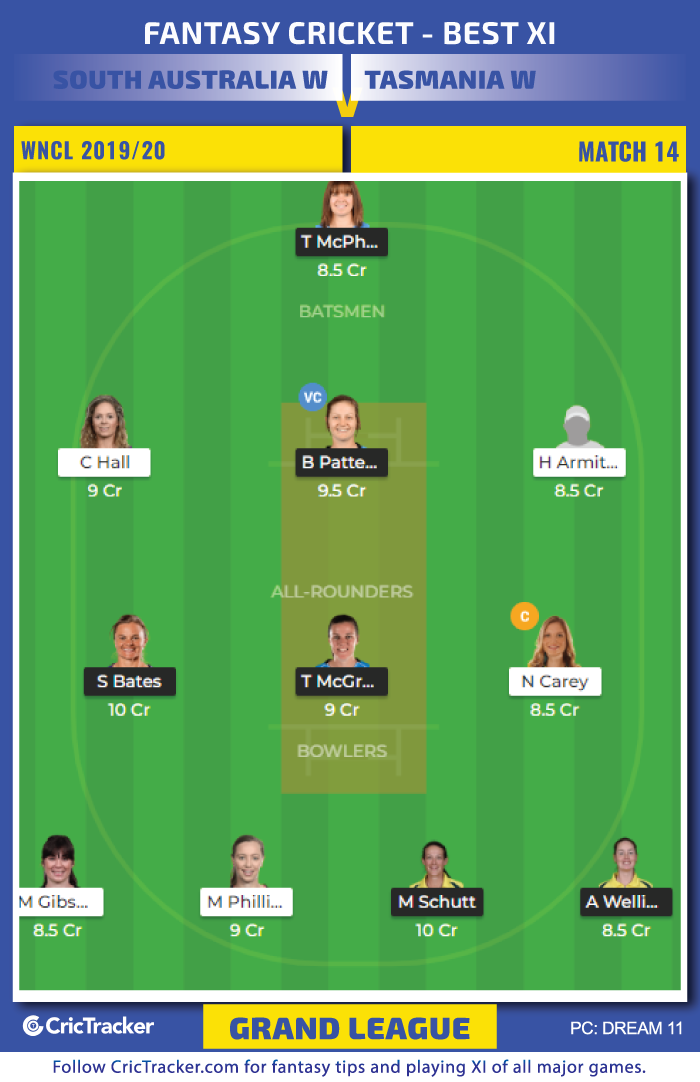 Considering the costs of players and their batting positions, we could not fit Sasha Moloney in any of our fantasy teams. She usually adds value with the ball and is consistent at taking wickets every game. She can be picked ahead of Suzie Bates if anyone wants to take a gamble.

The South Australian Women are expected to register their first win of the tournament.