Maisy Gibson is the leading wicket-taker for the Tasmania Women in the tournament with nine wickets to her name.

The 15th match of the Women’s National Cricket League (WNCL) 2019/20 will be played between Tasmania Women and Victoria Women at the Tasmania Cricket Association Ground in Hobart.

Victoria Women will be touring Hobart to face Tasmania Women on Tuesday following a tough loss against the Western Australia Women. They conceded a big total of 271/6 while bowling first and could only make 246/8 in reply on what seemed to be a slower track. Tasmania Women are in the same position as Victoria Women as both the teams won two and lost two out of the four matches thus far. The Tasmania team lost both matches played during the first round but bounced back with consecutive wins over South Australia Women in the 2nd round matches.

Periodic clouds will be around the Tasmania Cricket Association Ground for the game between the hosts and Victoria.

The TCA ground in Hobart hosted two WNCL matches in the last season. The first game witnessed a team total of 157 while the second match saw 326 including a 162-run individual knock. However, the recent most matches suggest chances of the track getting slowed down. With both teams bolstered by big names, we can expect them to post 220+ totals on Tuesday.

Annabel Sutherland is having a dream tournament as the all-rounder is Victoria’s leading run-getter with 201 runs and also their leading wicket-taker with 8 wickets. Maisy Gibson is the leading wicket-taker for the Tasmania Women in the tournament with nine wickets to her name. She picks up a wicket every 24 balls and also scored 44 runs at an average of 22. Meg Phillips is a proper package player for fantasy cricket as she aggregated 101 with help of a wicket and also bagged five wickets. Sophie Molineux played only two matches but has already scored 50 runs and claimed 4 wickets. 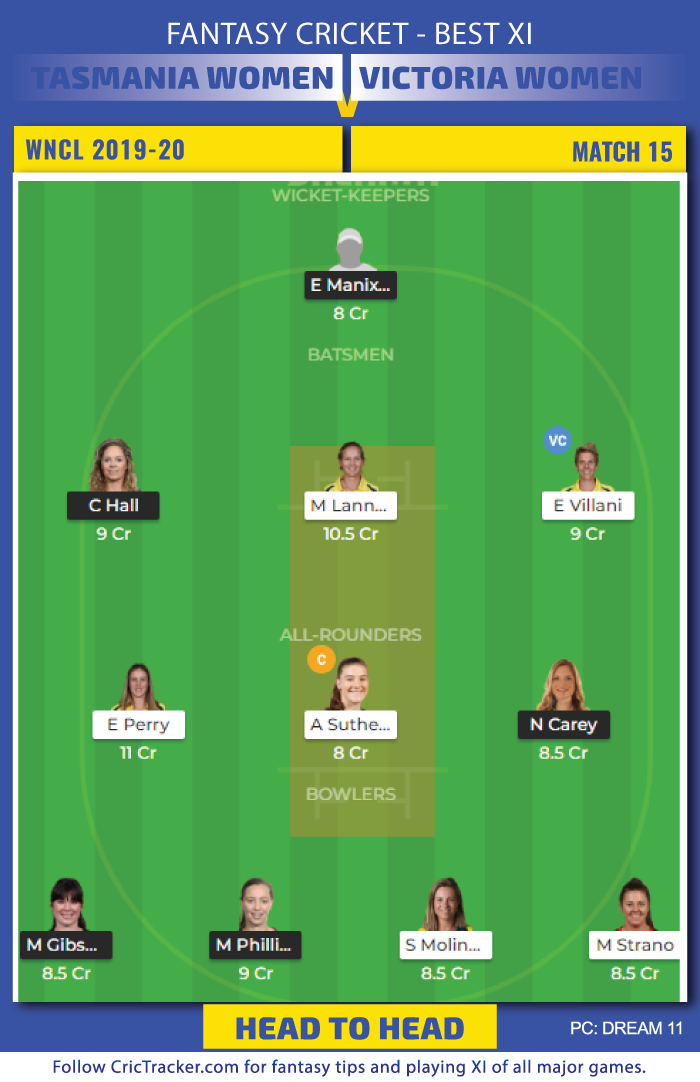 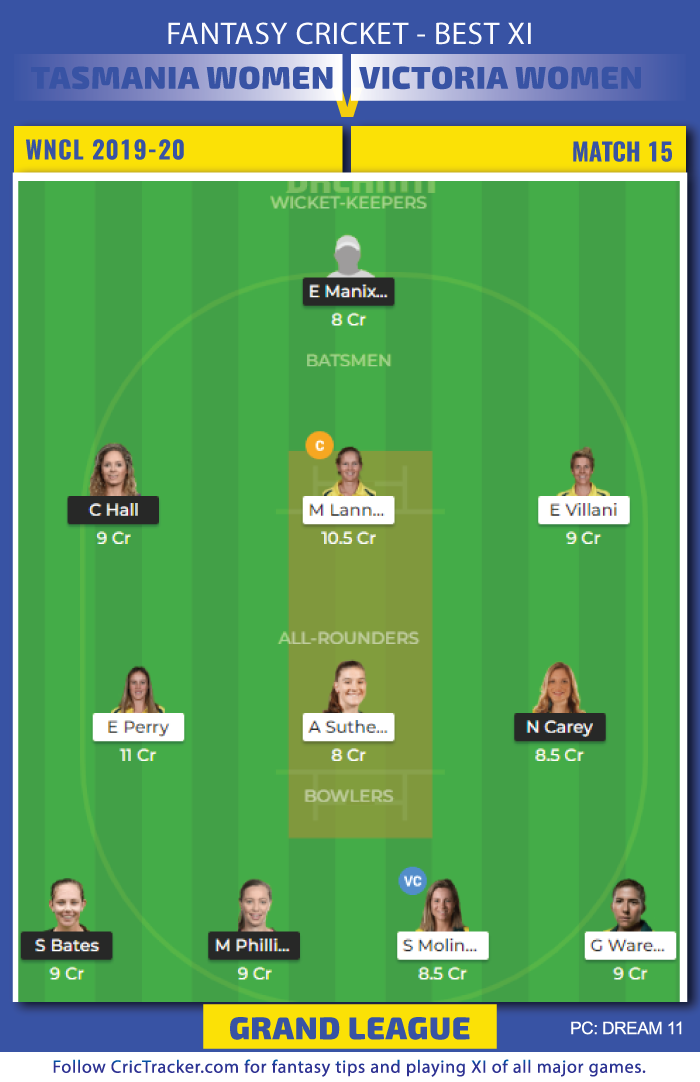 Nicola Carey could be a useful option as captain or vice-captain but with Anna Sutherland and Sophie Molineux getting more exposure, they are likely to earn more points than Carey. Meg Lanning has two low scores and it is tough to keep her quiet without big scores for a longer time. Hence, we have picked Lanning as captain of our Suggested XI No.2 ahead of Carey.

Victoria Women are expected to defeat the Tasmania team in this fixture.