There is no shortage for star players in the South Australia Women’s squad but they are still awaiting their first win of the tournament. They have lost all the four matches played thus far despite playing at home. They will now face Western Australia Women in their first away match in hope of their maiden win. The WA Women are 2nd on the points table with three wins and will be hoping to make it four when they play at the W.A.C.A on Tuesday. However, the absence of Sophie Devine could be felt by them in this round.

The W.A.C.A is expected to be under the clouds on Tuesday and there is a possibility of showers in the evening.

The W.A.C.A. Ground in Perth will host a WNCL match for the first time three seasons. In this period, the venue hosted a Women’s List A match – the ODI between Australia Women and New Zealand Women. The home team posted 241 while batting first and won the match by a 5-run margin. The recent WBBL games were high-scoring ones and we expect runs to flood here on Tuesday.

Megan Schutt played only two matches due to International commitments is already the team’s leading wicket-taker having picked up seven wickets including a 4-fer in the last match. Emma King has been the top performer for the Western Australia Women having picked ten wickets including 3-fers in the previous round. In Devine’s absence, Nicole Bolton will be crucial having scored 157 and picked up five wickets in the four matches in this tournament. A match-turning performance is yet to be seen from Tahlia McGrath but the all-rounder scored 157 runs with two fifties and also bagged five wickets in four matches thus far. 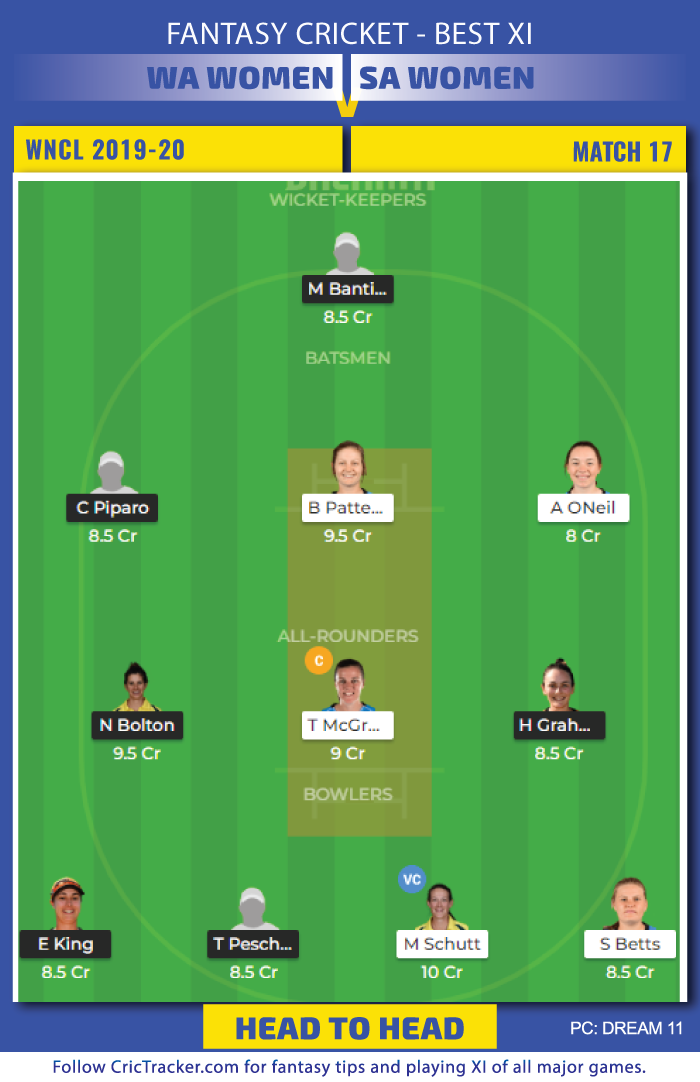 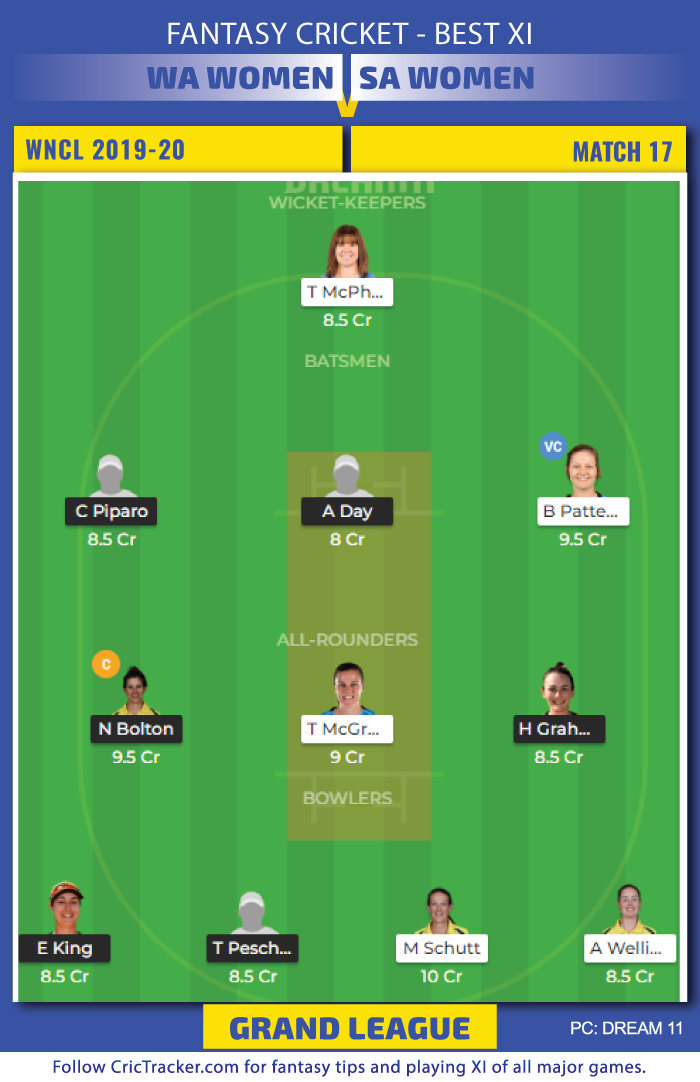 There is a bit of confusion over the availability of Suzie Bates for this match. In the squad release, the South Australia Women mentioned the unavailability of New Zealand Internationals but have mentioned Bates in their 13-player squad. Hence, we have not picked her in the team but can be drafted if she is announced at the toss.

The South Australian Women will be hoping to register their first win of the tournament.