Molly Strano batted at five in the previous game and also bowled her full quota of overs.

The 25th match of the Women’s National Cricket League (WNCL) 2019-20 will be played between Victoria Women and South Australia Women at the Allan Border Field in Brisbane.

Victoria Women will face  South Australia Women in a crucial game of the ongoing WNCL in Australia. They went down to Queensland Women on Tuesday and have slipped to the fourth position. With the loss, their chances of making it to finals have also gone down. Victoria will now have to win this match with a bonus point and then hope for Western Australia and Queensland to lose their respective final league games.

South Australia, on the other hand, have been extremely poor in the tournament this season. They have not managed to win even a single game in six attempts and will be hoping to play spoilsport for the Victoria. South Australia will also face the Queensland Women in their final league who also should win to make it to the second place and it will be interesting to see how they play.

The forecast is not so promising in Brisbane on Wednesday. Showers with thunderstorm are predicted throughout the day with the chances of rain coming down over 60%. It shouldn’t be a surprise if the game is abandoned. The temperature will hover in the early 20s during the match according to AccuWeather.

It was a low scoring affair at the Allan Border Field on Tuesday with the team batting getting bundled out for just 183. Also, with the overcast conditions likely to be on offer, the bowlers will rule the roost it seems and if at all, the game happens, it could be another low-scoring game. The team winning the toss is expected to bowl first.

Megan Schutt is not available for South Australia Women for this match as she is part of the ongoing tri-nation series. Brooke Harris has been included in the 13-member squad.

Elyse Villani has scored 286 runs in seven matches and will once again be key for her team. Makinley Blows is another player from Victoria side who averages 55.66 in four innings having scored 167 runs with a century to her name. With the ball, Molly Strano will be crucial with nine wickets to her name in seven innings.

Bridget Patterson has scored 283 runs in six innings while Tahlia McGrath has 250 runs and both of them will be key for South Australia yet again. McGrath has also picked 11 wickets in six matches and is a perfect captain material for your Dream11 Fantasy team. 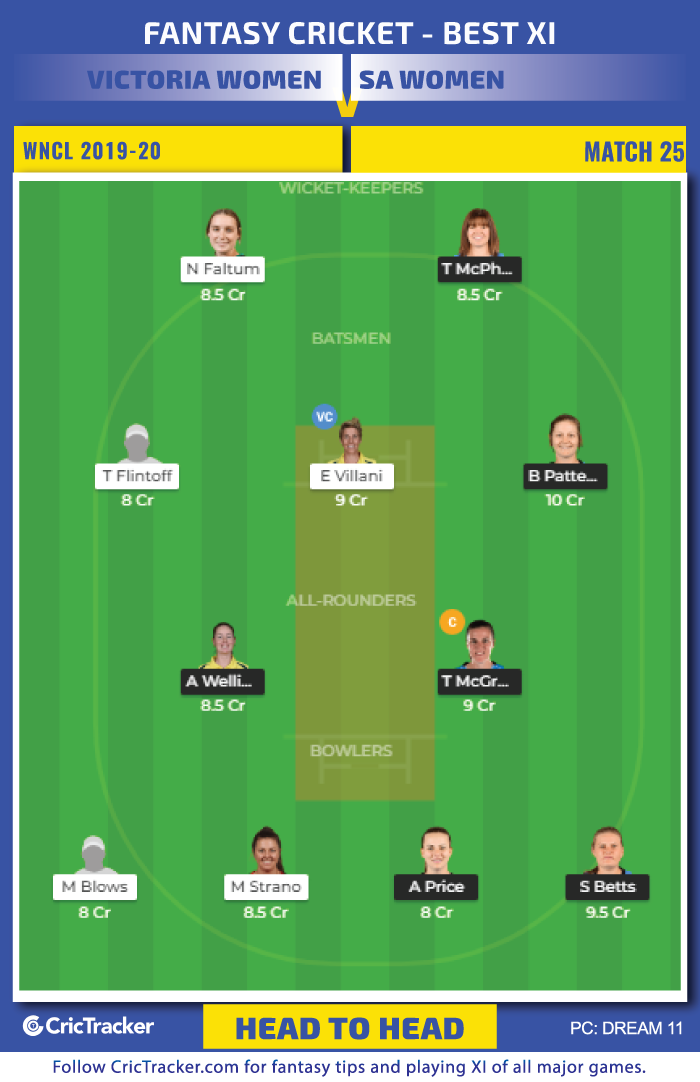 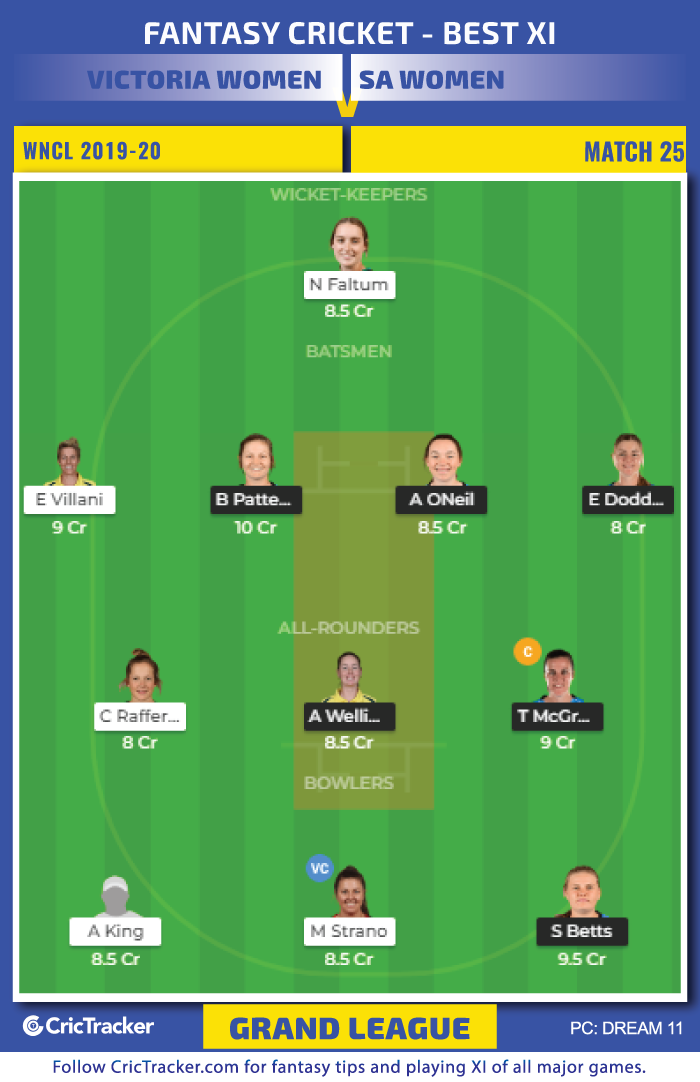 Molly Strano batted at five in the previous game and also bowled her full quota of overs. Apart from McGrath, she is also an ideal captain option and can make her captain of your Dream11 Fantasy team in Grand Leagues.

South Australia Women are expected to win this match.