Roma Thapa has scored 99 runs in this tournament with help of a fifty.

The Eliminator match of the 2019 Women’s Champions League Twenty20 Cricket Tournament will be played between Biratnagar Titans Women and Kat Queens Kathmandu at the Tribhuvan University International Cricket Ground in Kirtipur.

The Women’s Champions League T20 comes towards fag end as Biratnagar Titans Women face Kat Queens Kathmandu on Tuesday. The winner of this match will play Chitwan Rhinos Women in the tournament final on Thursday. Chitwan won all the four matches they played and got a direct qualification to the final. The Kat Queens got three straight wins after starting with a loss in the tournament opener against Chitwan. Biratnagar won their first two matches but lost their recent matches against Kat Queens and Chitwan respectively.

The Eliminator game is expected to begin under sunny conditions. There will be clouds around as the game progresses but no rain is predicted during the day.

A single match to be played in the day and 11:30 AM local time start makes the Kirtipur track the best for batting. On Monday, we witnessed a successful 123-run chase with 16 balls to spare. Another such high-scoring match could be on cards at this venue.

Biratnagar Titans Women – Dolly Bhatta has scored 48 runs and took a wicket in this tournament.

Kat Queens Kathmandu – Roma Thapa has scored 99 runs in this tournament with help of a fifty. 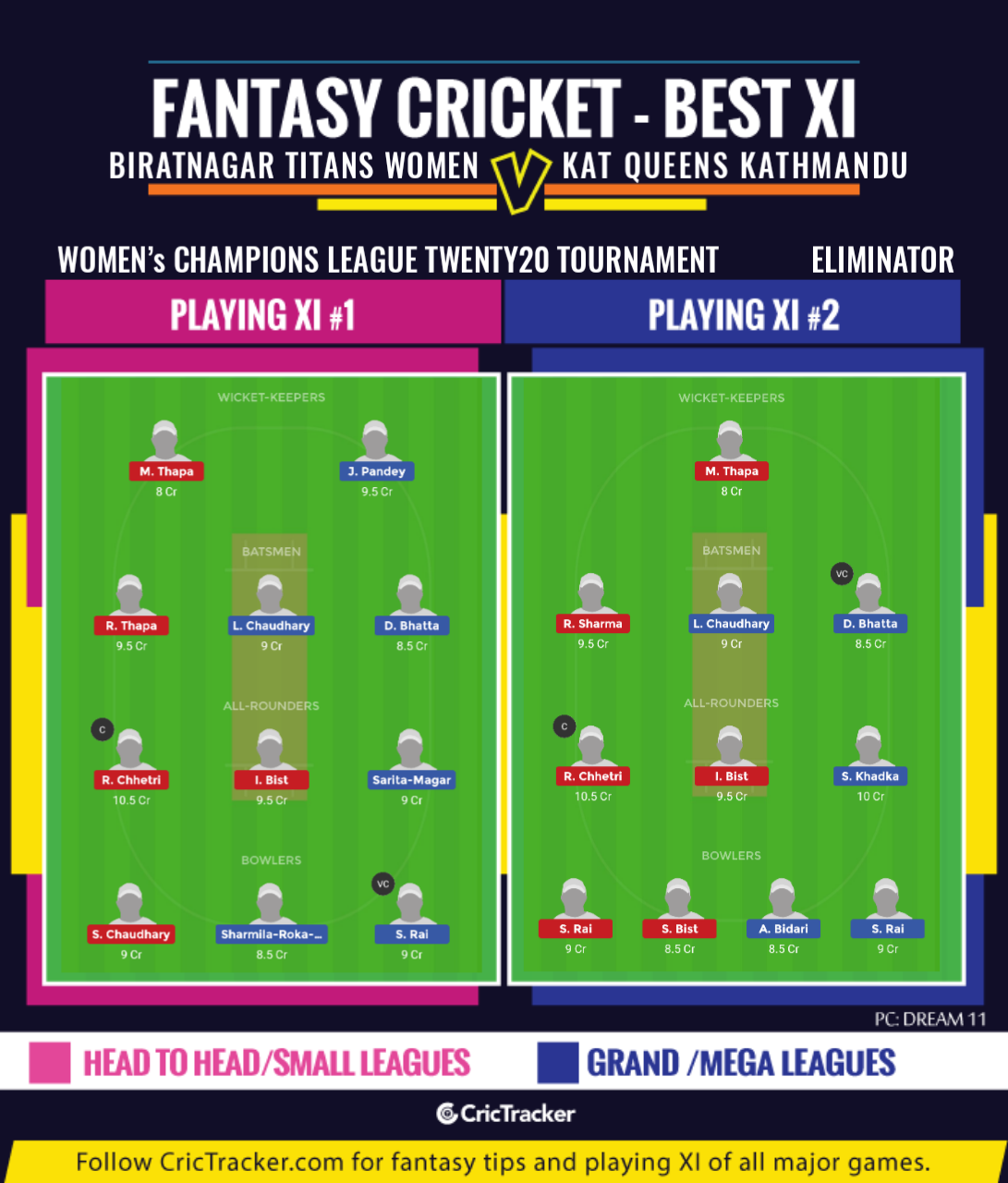