Sita Rana Magar scored 98 runs with help of a fifty and took 2 wickets in this tournament.

The 10th match of the 2019 Women’s Champions League Twenty20 Cricket Tournament will be played between Lalitpur Falcons and Pokhara Paltan Women at the Tribhuvan University International Cricket Ground in Kirtipur.

This game can be viewed on the YouTube channel of AP1 HD.

The Lalitpur Falcons will face Pokhara Paltan Women on the last league match of the inaugural Women’s Champions League Twenty20 cricket tournament. Both the teams have last all the three matches thus far. Thus, they lost the chance of moving into the second round which includes an eliminator and a final. Both the teams needed to win during the weekend in their respective matches to keep the chance of qualifying to the next round alive. But big defeats for both of them confirmed the knockout fixtures before the final league match.

Another cloudy day is expected at the University ground in Kirtipur. However, no rain is forecasted during the day.

Only one match will be played on Monday that too will start at 11:30 AM local time. Hence, we might see a high-scoring match. The tournament has witnessed scores around 120 more often. However, on Monday, it could reach 135-140 and there will be decent chases for the chasing side as well.

Lalitpur Falcons – Nary Thapa has scored 43 runs and took 2 wickets in this WCL T20.

Pokhara Paltan Women – Sita Rana Magar scored 98 runs with help of a fifty and took 2 wickets in this WCL T20. 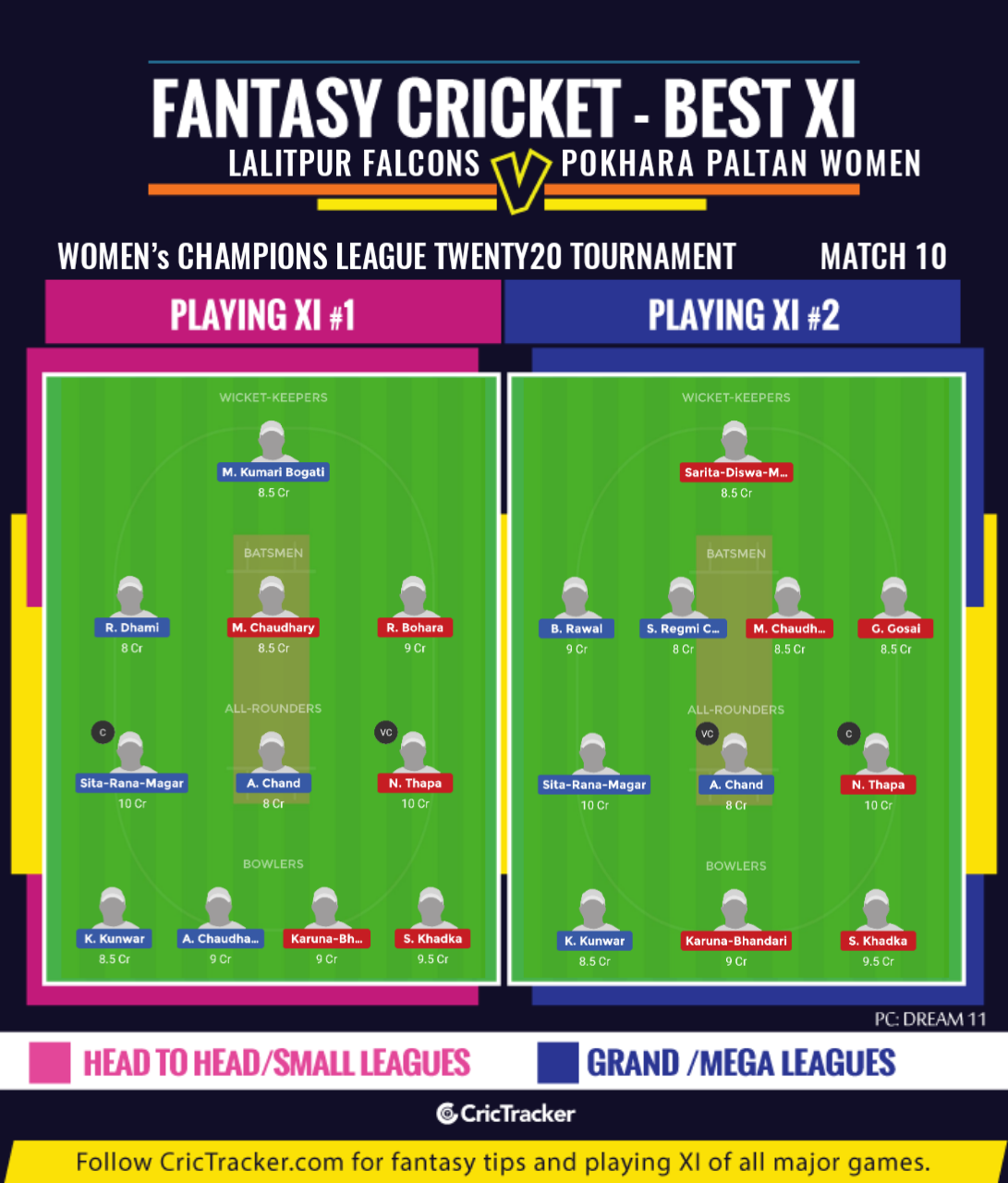 Pokhara Paltan Women are likely to register their first win of the tournament.