Anuradha Chaudhary took 5 wickets in the current tournament with help of a 4-wicket haul.

The 6th match of the 2019 Women’s Champions League Twenty20 Cricket Tournament will be played between Chitwan Rhinos Women and Pokhara Paltan Women at the Tribhuvan University International Cricket Ground in Kirtipur.

This game can be viewed on the YouTube channel of AP1 HD.

Chitwan Rhinos Women registered their 2nd straight win in the Women’s Champions League Twenty20. They registered a 5-wicket win against the Kat Queens Kathmandu in the tournament opener. They followed it with a big 89-run win over Lalitpur Falcons who were bundled out for just 46 chasing a target of 136. The Rhinos will now face Pokhara Paltan Women who suffered losses in both matches they played. Pokhara suffered an 82-run loss against Kat Queens Kathmandu and a 6-wicket loss to Biratnagar Titans on Friday.

Another cloudy day is expected in Kirtipur without any potential chances of rain that could cause interruption to the game. 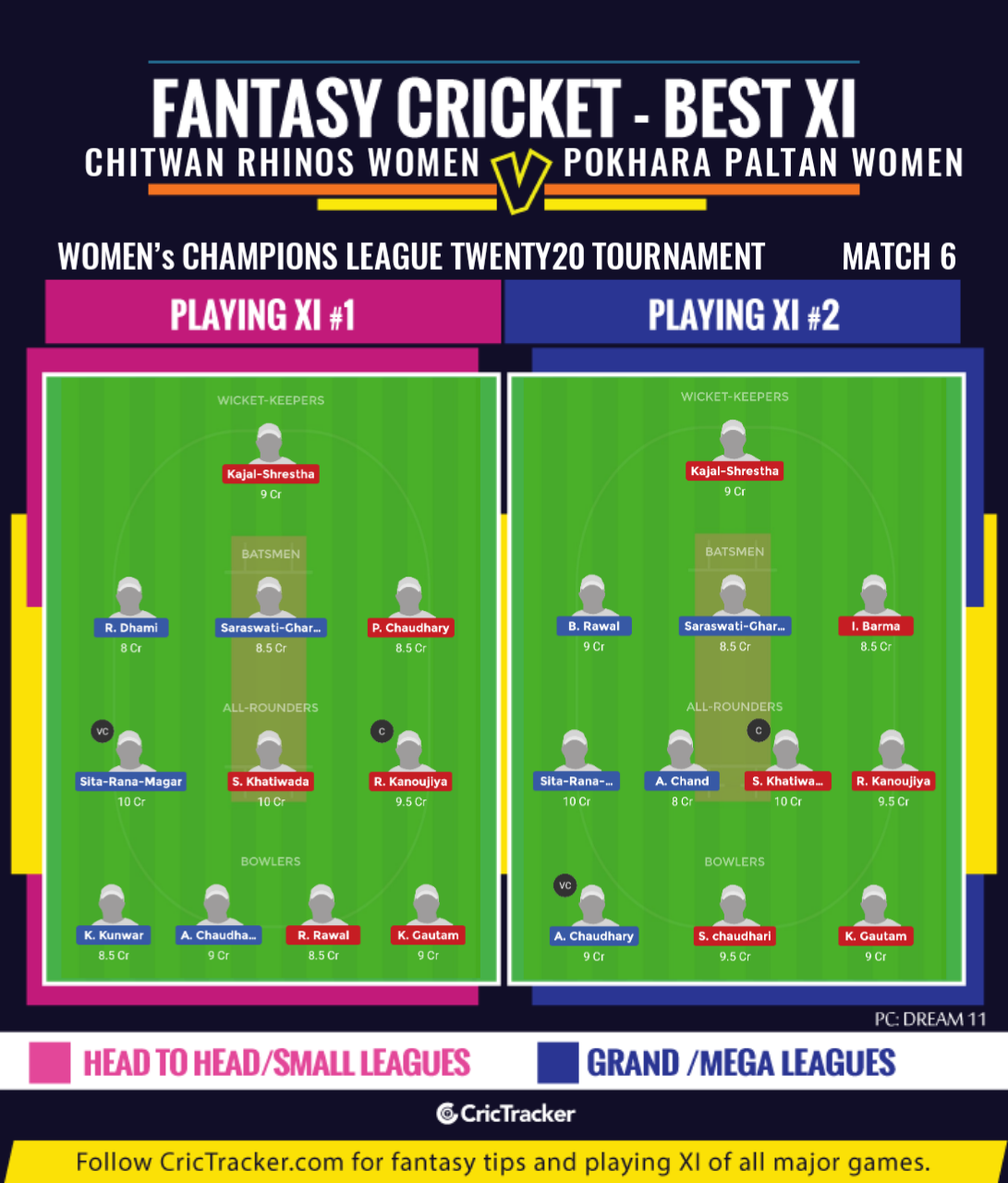 The following are the players who represented Nepal Women in T20I format:

Chitwan Rhinos Women are expected to register their 3rd straight win of the tournament.