The 2nd game of the 2019 Women’s Emerging Asia Cup will be played between Sri Lanka Emerging Women and Pakistan Emerging Women at the R Premadasa International Cricket Stadium in Colombo.

The 2019 Women’s Emerging Asia Cup will be hosted by Sri Lanka involving four teams featuring in seven games across six days. The first game will be played between India and Bangladesh at the Thurstan Ground. The home team Sri Lanka Emerging Women will take on Pakistan Emerging Women at the same time in the match at the R. Premadasa Stadium in Colombo.

The Sri Lankan team consists of the top-order players in form of Harshitha Madavi and Hasini Perera. The duo represented the national team in a handy number of matches. They have not got enough runs recently and thus tournament will help them to gain back that confidence. The Pakistan team is led by Rameen Shamim and has an experienced player like Nashra Sandhu in their line-up.

Scattered thunderstorm with rain is expected throughout Tuesday at the Colombo’s RPS. Given the good facilities at the venue, we might get a shortened match.

In recent times, the weather conditions have played a major role in the nature of the R Premadasa Stadium. With the rains around, we might witness a track with a lot of swing and seam. If the weather remains dry, spinners will capitalize during the second innings.

Hafsa Khalid picked up 22 wickets from 27 one-day matches and also scored two fifties from 24 innings in this format. 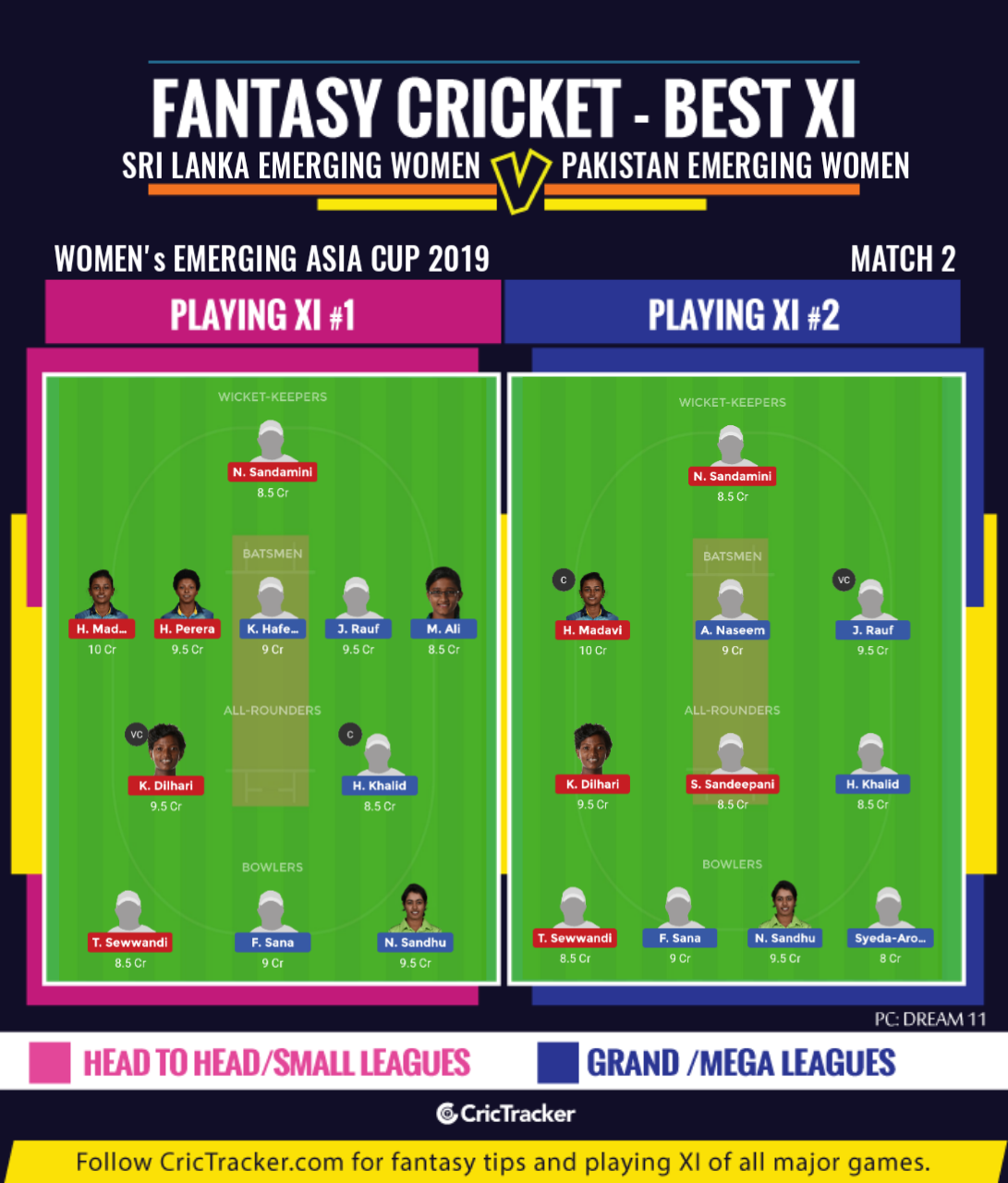 Pakistan never had an Emerging Women’s team before this tournament. The game against Sri Lanka will give an idea of how they will make their selections. On the other hand, Sri Lanka Emerging Women played warm-up games against visiting teams. A similar squad is named for this Asia Cup.