Both Beth Mooney and Jess Jonassen must be included in your Dream11 fantasy teams.

The 9th match of the Women’s National Cricket League 2020-21 will be played between Queensland Fire Women and South Australian Scorpions Women on 20th February at Allan Border Field in Brisbane.

Queensland Fire Women will go one on one against the South Australian Scorpions Women in the 9th match of the Women’s National Cricket League 2020-21 on Saturday. Queensland Fire Women will be playing their second match of the tournament,. In their 1st game against they lost to ACT Meteors by 5 wickets in a close finish, where the match was reduced to 25 overs. They have a strong batting line –up which includes the star players Beth Mooney and skipper Jess Jonassen. It’s just a matter of time for them to get back to the winning form.

On the other hand, South Australian Scorpions Women lost their 1st game against Tasmania Women by 4 wickets in a low scoring encounter. But it was completely different performances from them in their 2nd game, as they went on to register their 1st win of the tournament by a margin of 7 wickets against ACT Meteors. Both the teams are evenly balanced it will be interesting who will come on top.

This section is not a good sign for cricket lovers, as a heavy thunderstorm is expected before the start of play. The temperature will be ranging between 25 and 26 degrees Celsius and the humidity will be 77 percent.

The venue has not hosted any of the matches in the last 2 years. By looking at the matches played prior to that we can say it’s an evenly poised surface with more assistance for the bowlers at the initial stages. Having said that, the team batting second has won 3 of the last 5 matches. Toss will be crucial for both teams whoever wins the toss should bowl first.

Beth Mooney batted well in the 1st match against ACT Meteors, scoring a run a ball 58 runs at the top of the order. She rotates the strikes really well and good at taking quick singles.

Jess Jonassen has played over 70 matches for Australia Women in the 50 over format and scored 540 runs. She has an impressive record with the ball, picking up 109 wickets. She did her job with both bat and ball against ACT Meteors scoring 38 runs at a strike rate of 131.03 and picked up a wicket also.

Bridget Patterson played an exceptional knock against the ACT Meteors. She remained unbeaten on 108 and won the game for South Australia Scorpions almost single-handedly. In 2 matches she has scored 142 runs at an average of 142.

Megan Schutt is a tremendous new ball bowler and bowls the majority of the in-swinging deliveries. In 2 matches she has picked up 4 wickets at an economy of 3.15 with the best figures of 3 for 26.

South Australia Scorpions vice-captain Tahlia McGrath is a tall pacer, who uses her height well. In 2 matches she has picked up 3 wickets at an economy of 4.45, and with the bat she has scored 29 runs in 2 innings. 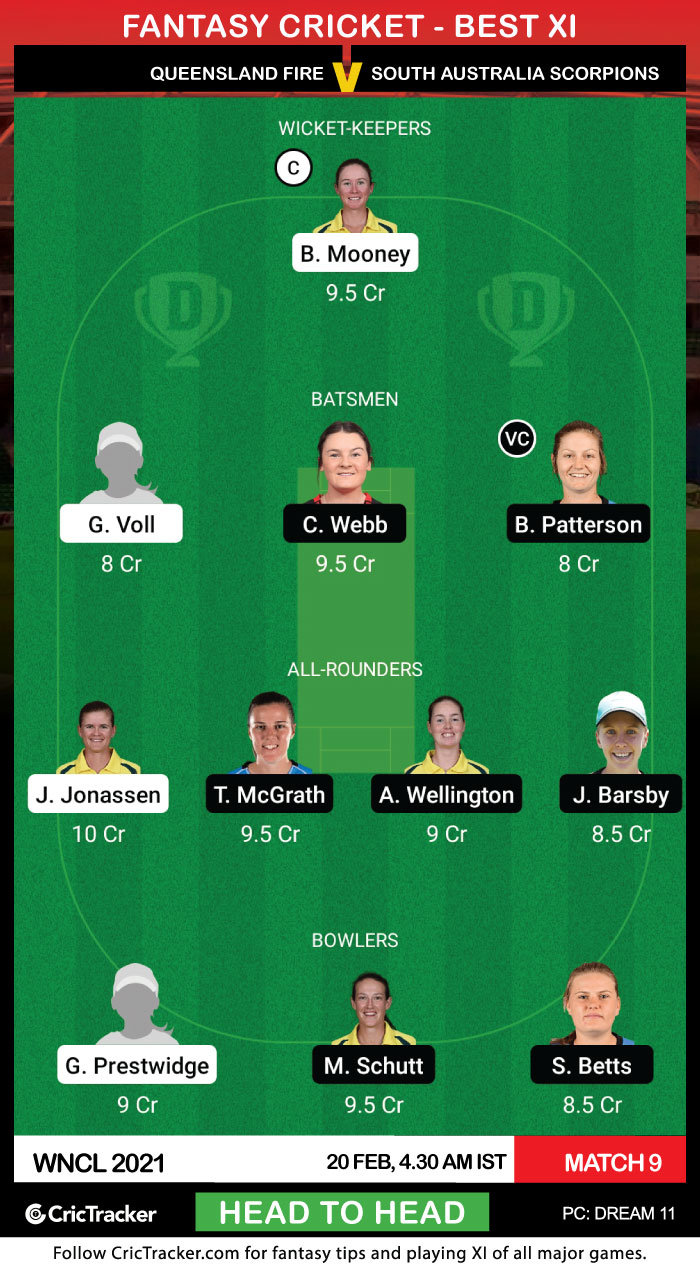 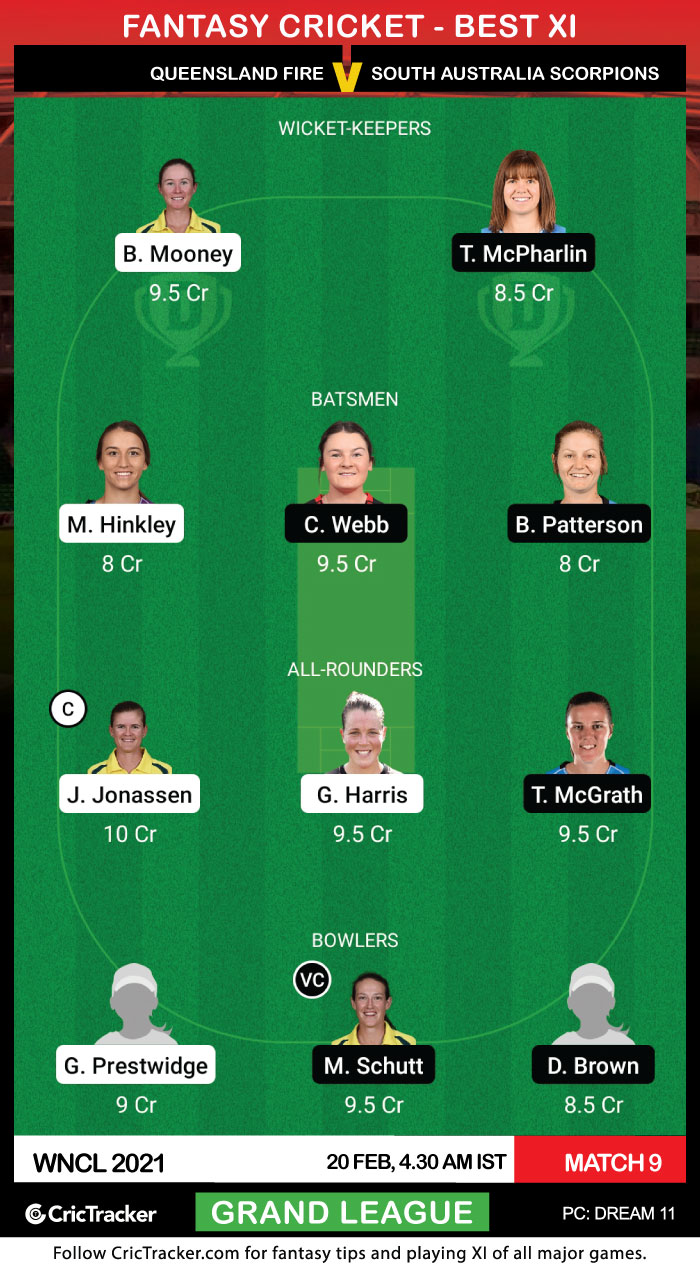 Northern Spirit Women are expected to win this match.