Georgia Wareham will be a good captaincy or vice-captaincy pick for your Dream11 fantasy team.

The 11th match of the Women’s National Cricket League 2020-21 will be played between Victoria Women and South Australian Scorpions Women on 23rd February at Blacktown International Sportspark in Sydney.

Victoria Women and South Australian Scorpions Women will square off against each other in the 11th match of the Women’s National Cricket League 2020-21 on Tuesday. After beating ACT Meteors convincingly by 155 runs in their previous match, Victoria Women are placed at second place in the table with 12 points. They are showing complete professional performances and have not given any kind of chance to dominate them. Elyse Villani and skipper Meg Lanning have already gone past the 200-run mark and they likely to continue the same form for the rest of the tournament.

On the other hand, having lost their first match to table-toppers Tasmania Women, South Australian Scorpions Women then found their form and won 2 straight matches on the trot, which made them move up in the points table to third spot. They bowled out the opposition on both occasions by not conceding too many runs. They look to extend their winning performances as they take on the tournament favourites Victoria Women.

It’s going to be partly cloudy in Sydney with the temperature ranging between 19 and 21 degrees Celsius and the humidity will be 64 percent. The chance of precipitation for this match is less.

It is a good fresh wicket. The batsmen can expect true bounce out of the surface and can play the shots on the rise once they settle in, and there is something for the bowlers as well if they hit the deck hard. The team batting first has put up a good score in the last game. Considering this, whoever wins the toss should bat first.

287 (One Match of this tournament played on this venue)

Skipper Meg Lanning is in stunning form in the ongoing WNCL season, scoring 239 runs in 3 matches at an average of 119.5 with a strike rate of close to 95,. She just missed her century by 4 runs in the previous match against ACT Meteors.

Elyse Villani missed out on scoring big runs in the last game. Though she is currently sitting second in the most runs scorers list with 226 runs in 3 matches at an average of 113 with the best score of 135*.

Georgia Wareham was impressive with the bat in the last game against ACT Meteors, scoring 67 runs from 68 balls. She is 2nd in the list of leading wicket-takers with 7 wickets in 3 matches at an economy of 4.34 runs per over, with the best figures of 3 for 40.

Bridget Patterson is 5th in the list of leading run-scorers, having scored 142 runs in 2 matches at an average of 142 with the highest score of 108*.

Tahlia McGrath has picked up most wickets for South Australian Scorpions Women with 6 wickets in 3 matches at an economy of 4.38 runs per over. With the bat, she has scored 73 runs at an average of 24.33. 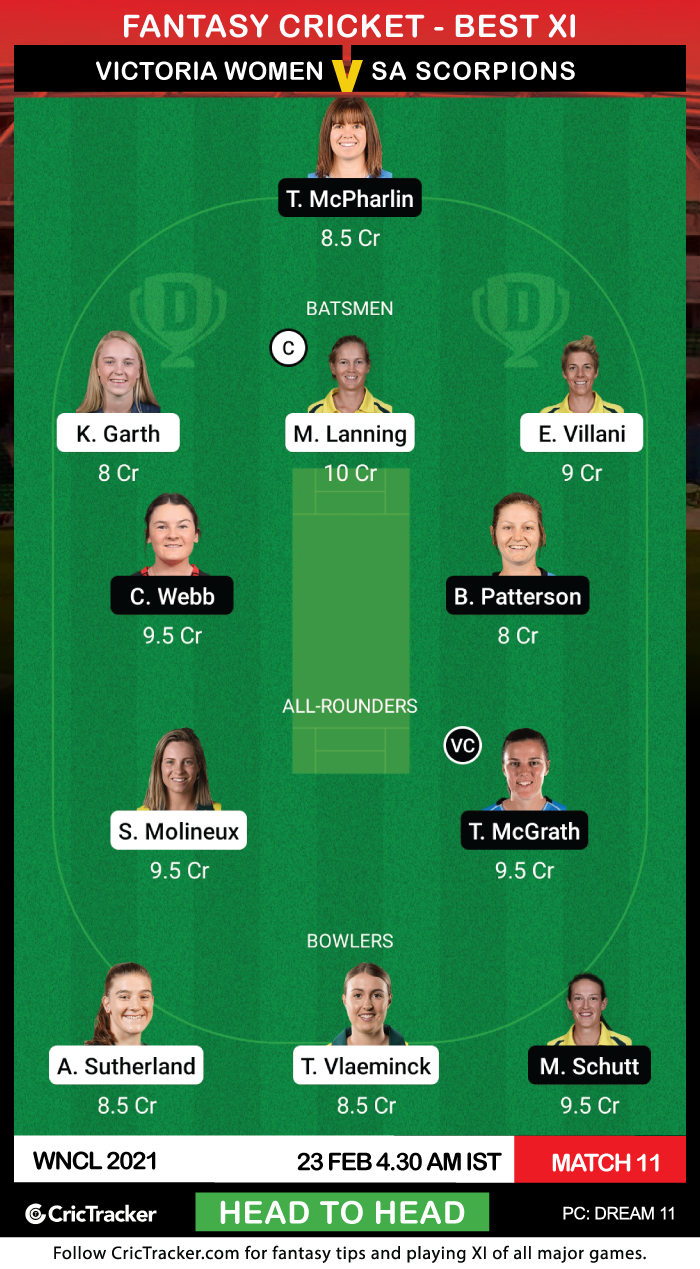 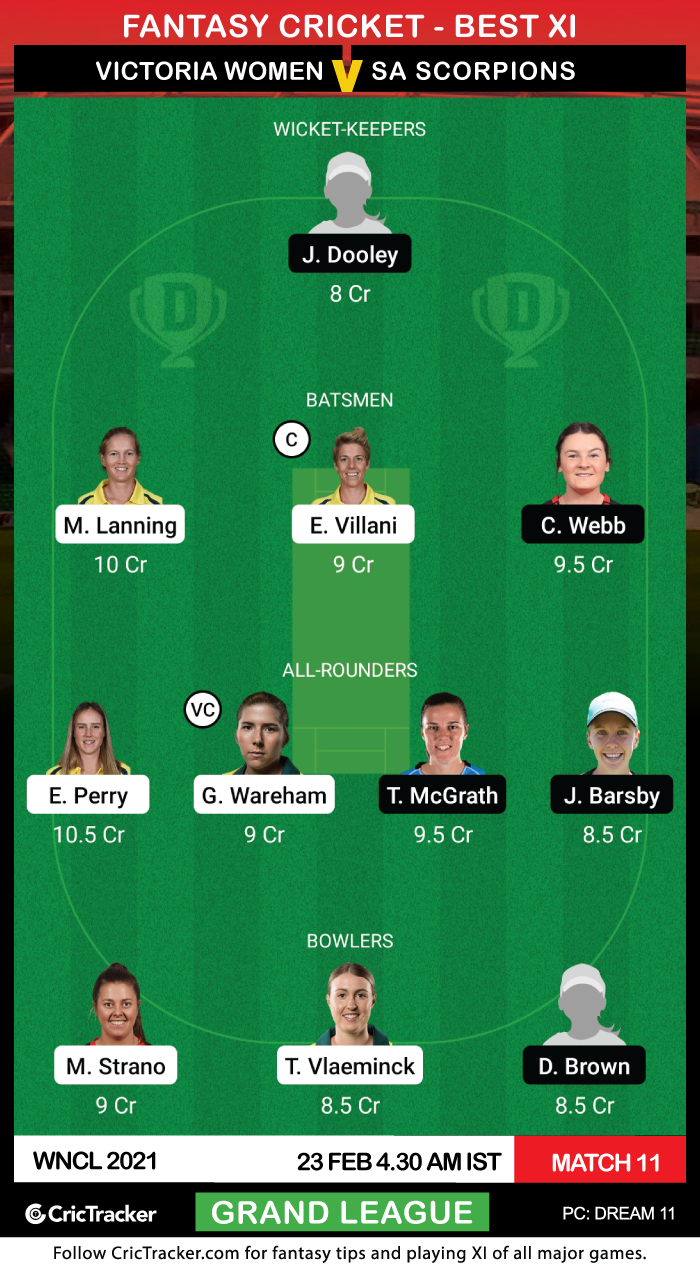 Georgia Wareham will be a good captaincy or vice-captaincy pick for your Dream11 fantasy team, as she can contribute equally well with both bat and ball.

Women are expected to win this match.