Chloe Piparo is the main pillar of the Western Australian batting line-up. She can be a good captaincy or vice-captaincy pick.

Match 13 of the Women’s National Cricket League 2021 will see Queensland Women lock horns with Western Australia Women on the 27th of February at the Allan Border Field in Brisbane.

They have a strong batting lineup, which includes the star players Beth Mooney and skipper Jess Jonassen. Given the strength of their squad, it seems only a matter of time for them to get back to the winning form. As for the women from the west, they will have be at the top of their game.

Cloudy weather is expected for some part of the game with temperature ranging between 26 and 28 degrees Celsius and the humidity will be 65 percent, with wind speed around 20km/hr. There is a 20% chance of rain.

The last match played at this ground was a low-scoring match. However, by looking at the matches played prior to that we can say it is an evenly poised surface with perhaps more assistance for the bowlers at the initial stages. The team batting second have won four of the last six matches. Toss will be crucial for both teams and whoever wins the toss should bowl first.

IPL 2021: Vijay Shankar not eyeing a comeback into the Indian team

Beth Mooney batted well in the first match, scoring a run-a-ball 58 runs at the top-order but got out cheaply against the South Australia Women.

Jess Jonassen has played over 70 matches for Australia Women in the 50-over format and scored 540 runs. She has an impressive record with the ball, picking up 109 wickets. She did her job with both bat and ball against South Australia Women scoring 39 runs at a strike rate of 75.00

Nicole Bolton scored 436 runs at an average of close to 50 and also picked up 16 wickets at an economy of 3.93 runs per over in the last edition. She can a match-winner for Western Australia, as she has shown good form so far with the bat and was the team’s highest scorer against the Tasmania Women in the last match

Chloe Piparo was brilliant with the bat against Tasmania Women. With two fifties in as many matches, she looks in sublime touch.

Also Read – India vs England: When can a pitch be rated ‘poor’ according to ICC rules? 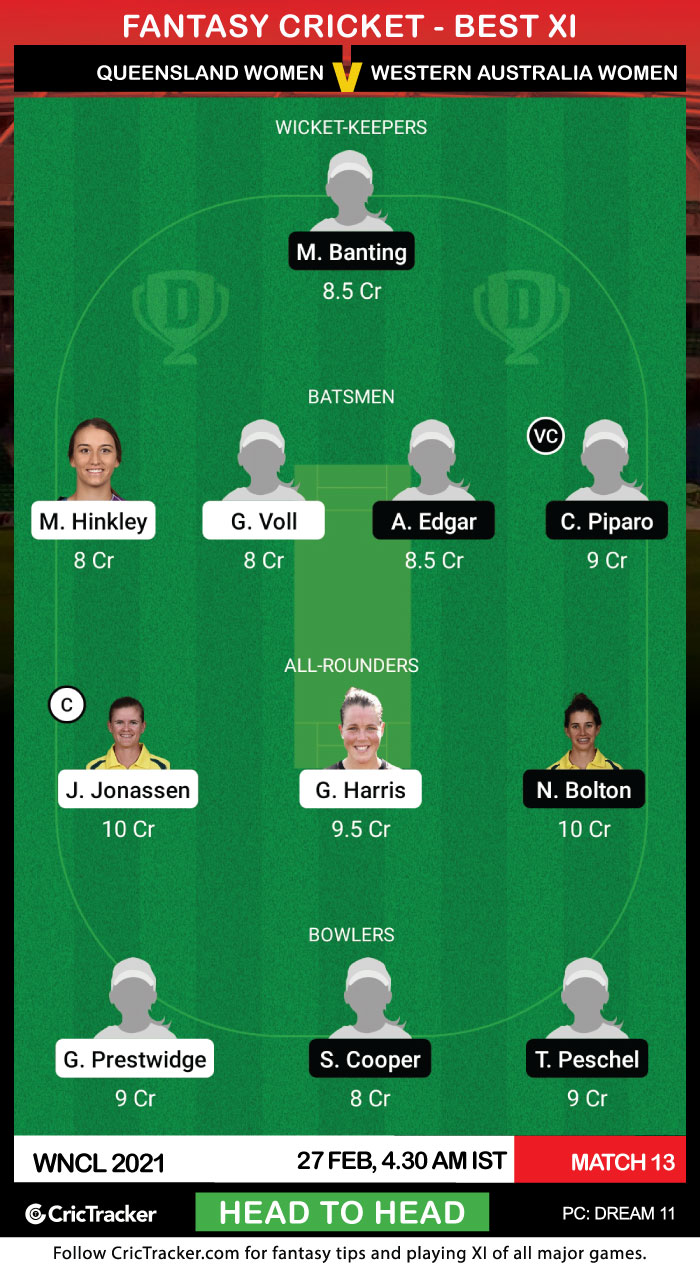 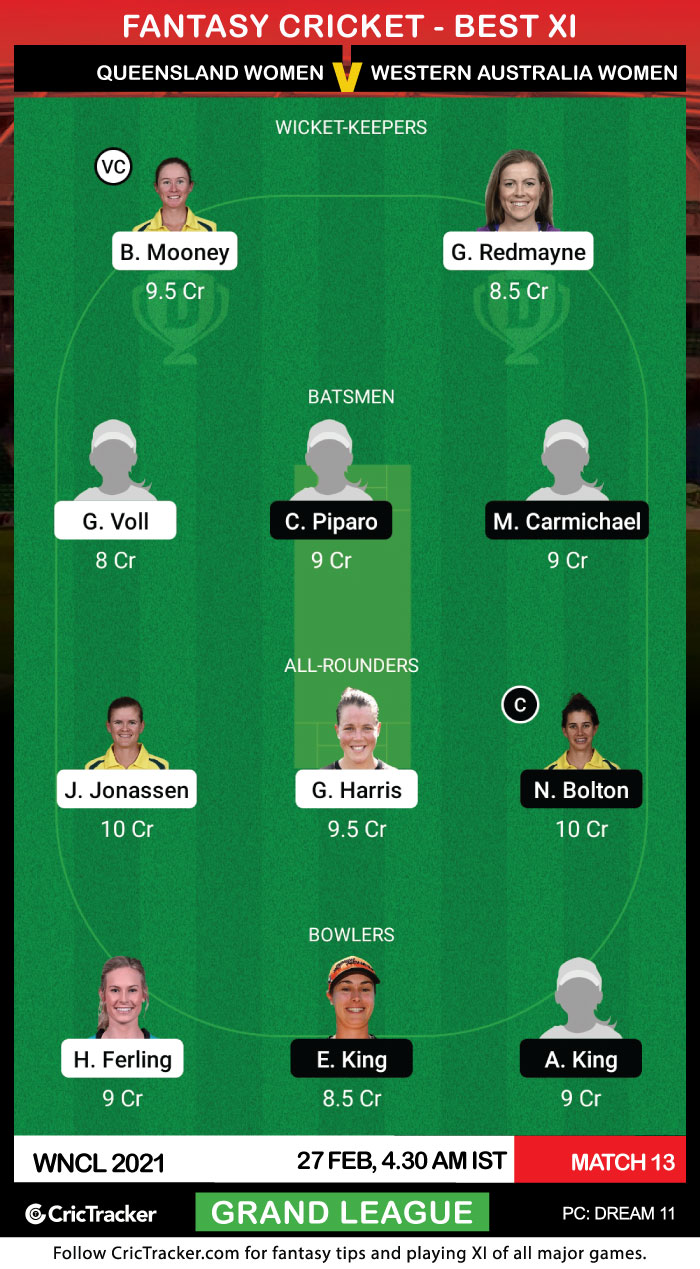 Chloe Piparo is the main pillar of the Western Australian batting line-up. She can be a good captaincy or vice-captaincy pick.