Beth Mooney is in brilliant form with the bat for Queensland Fire. She can be a good captaincy or vice-captaincy pick for your Dream11 Fantasy team.

The 16th match of the Women’s National Cricket League 2021 will be played between Queensland Fire Women and Western Australia Women on the 1st March at the Allan Border Field in Brisbane.

Queensland Fire Women have only won a single game in this season so far. They are placed at the 4th spot on the points table. On the other hand, their opponents Western Australia are yet to register their first win of this season. They have lost as many as three matches they played and will be eager to get their first win in this match.

The weather is expected to be cloudy during the match time here in Brisbane on Monday with temperature ranging between 28 and 30 degrees Celsius. There is a 10% chance of rain.

The pitch here at Allan Border Field has been in favour of the bowlers as both of last two matches have been low scoring. Chasing team have won both matches. The team winning the toss would look to bowl first on this venue.

Beth Mooney is the leading run-scorer for Queensland Fire this season. She has scored 134 runs at an average of 44.66 in three matches she played for her team.

Jess Jonassen impressed everyone with her all-round performances this season. She scored 77 runs at an average of 38.50 and has scalped 2 wickets as well. She can give you some valuable points with both bat and ball.

Georgia Voll has scored 96 runs for her team in just three outings. She is someone who consistently performs for her team. She is a must-pick for your Dream11 Fantasy teams.

Nicole Bolton has scored 436 runs at an average of close to 50 and has also picked up 16 wickets at an economy of 3.93 runs per over in the last edition. She scored 78 runs and picked 3 wickets as well in the three matches she played this season.

Chloe Piparo is the leading run-scorer for Western Australia. She was brilliant with the bat against Tasmania Women. She has scored 103 runs in this season so far and can score big in this upcoming match also. 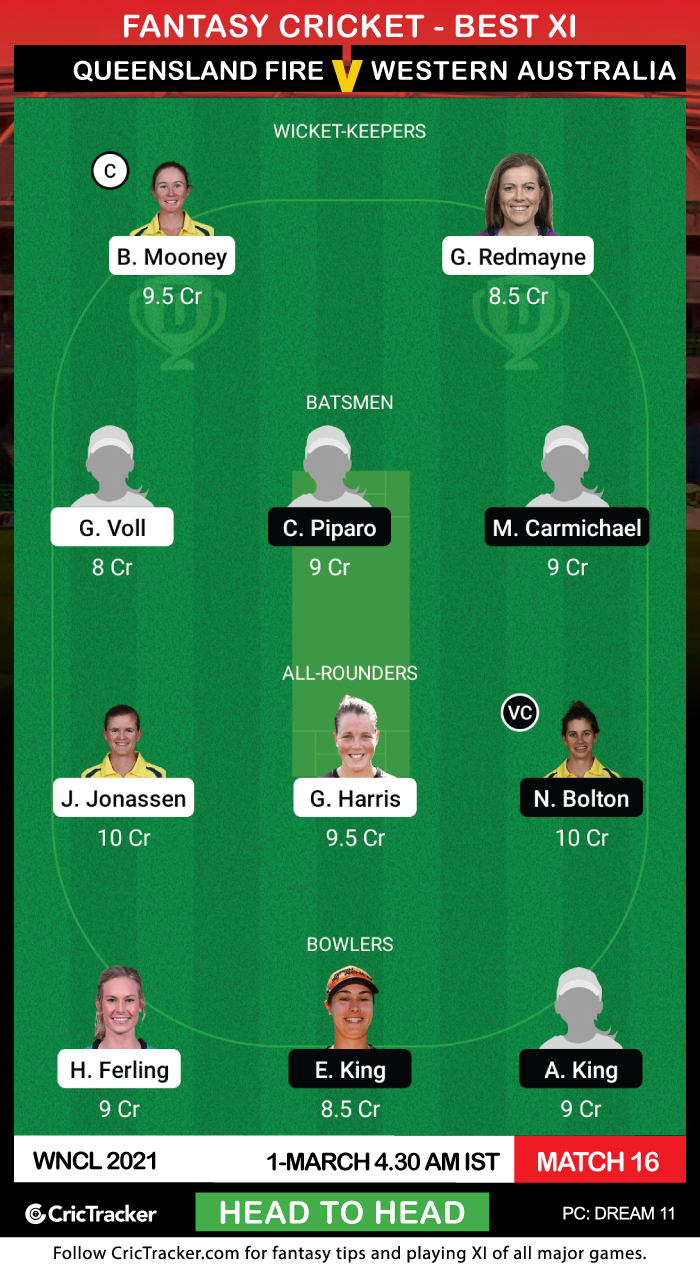 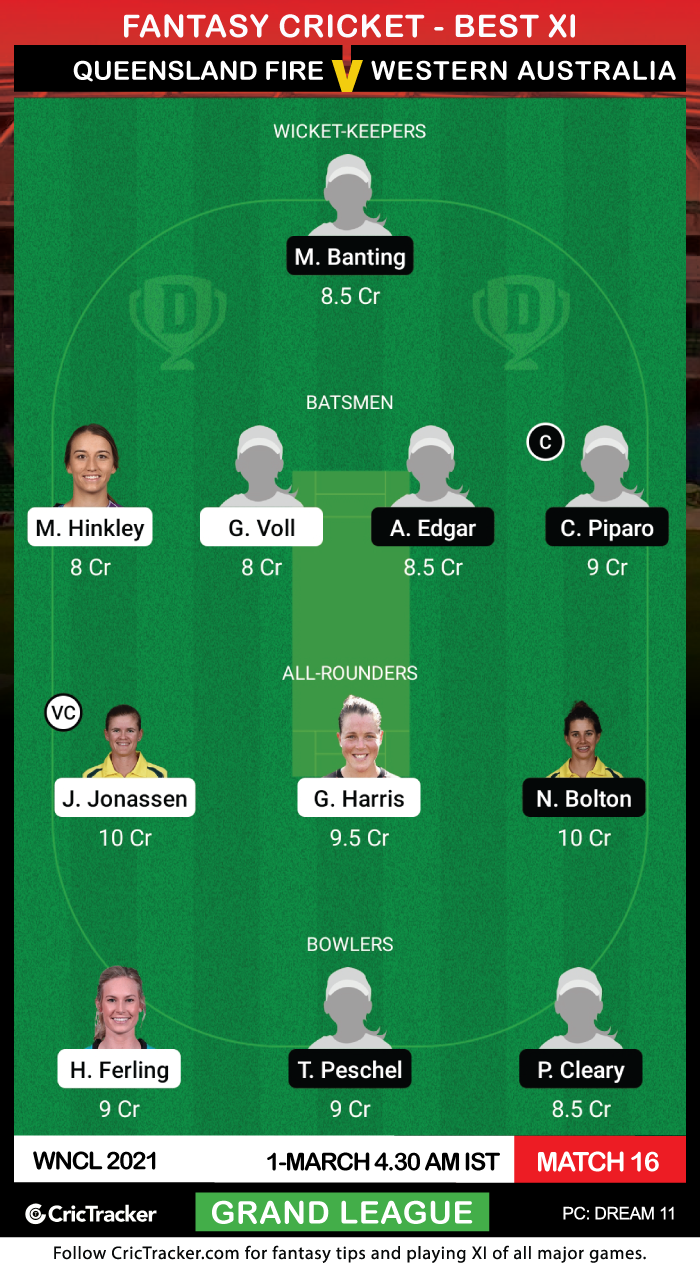 Beth Mooney is in brilliant form with the bat for Queensland Fire. She can be a good captaincy or vice-captaincy pick for your Dream11 Fantasy team.

Queensland Fire Women are expected to win this match.