Georgia Redmayne has been the main pillar of the Queensland Fire's batting lineup. She can be a good pick for captaincy.

Match 27 of the Women’s National Cricket League 2021 will see New South Wales Breakers lock horns with Queensland Fire on the 21st March at the North Sydney Oval in Sydney.

This will be the last match of the group stages for both teams. There will be a lot to play for Queensland Fire as a win would confirm their spot in the final against Victoria, while New South Wales Breakers would look to cause an upset.

Provided Queensland Fire fails to win this game, they will have to be dependent on the result of the last match of group stage to confirm their fate in this competition. In the last time these two teams met it was a comfortable win for Queensland with Georgia Redmayne missing the ton by 1 run, while New South Wales struggled with both bat and ball.

Heavy Shower is expected in Sydney on Sunday with temperature ranging between 17-21 degrees Celsius and the humidity will be 84 percent, with wind speed around 34km/hr.

The last match played at the North Sydney Oval was a high-scoring match. However, by looking at the matches played prior to that, we can say it is an evenly poised surface with more assistance for the bowlers at the initial stages.

Racheal Haynes missed the last match against Queensland women, but she would be eager to go out and perform in this game. Having scored 413 runs in 6 matches at a strike rate of 96.94, she is the highest run-scorer for her team.

Georgia Redmayne has been the pillar of Queensland women’s batting unit and she is one of the highest run-scorers so far in the tournament. She scored an unbeaten 99 with the bat in the last game.

Rachel Trenaman averages 50.66 with the bat after 7 matches. She has been the saviour for her team coming at number 3. Trenaman scored a fighting 69 in the last match against Queensland women.

Grace Harris bowled well in the last encounter, her 3 wickets from 9 overs were crucial to stop the Breakers from posting big score. So far in the season, she has scored 154 runs with the bat at an average of 51.33 and has taken 7 wickets at an economy of 4.73 runs per over.

Lauren Cheatle has picked up 8 wickets. She is leading the attack for New South Wales Breakers in the absence of some star players. 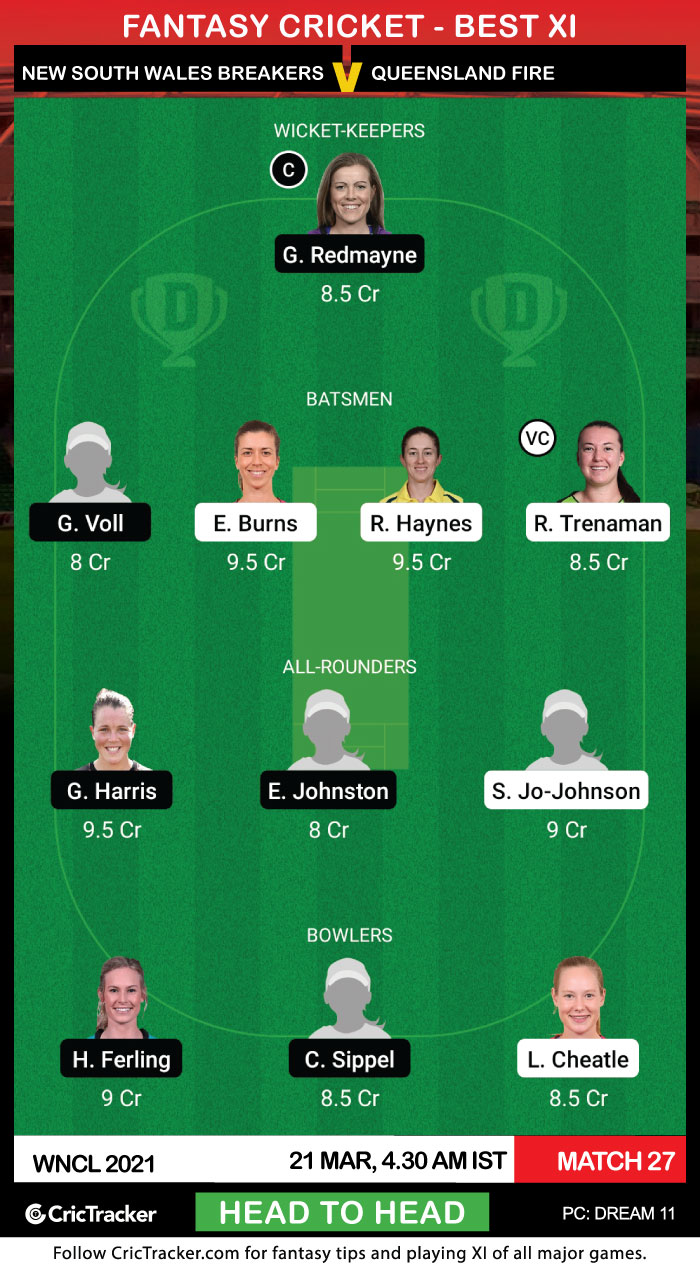 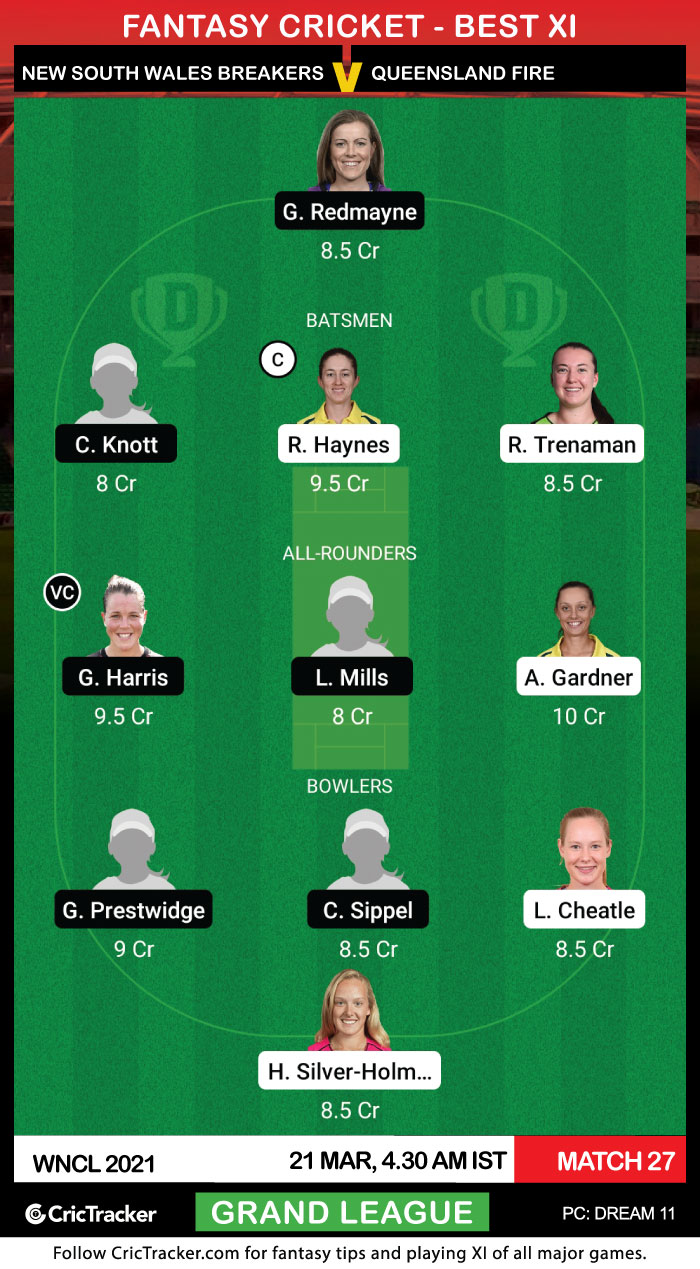 Georgia Redmayne has been the main pillar of the Queensland Fire’s batting lineup. She can be a good pick for captaincy.