Railways are a formidable side and are the favorites to lift the trophy.

Karnataka will take on Railways in the Final of the Women’s Senior One Day Trophy 2021 on Saturday. Karnataka on the basis of better run-rate qualified for the finals as the Semi-Finals clash against Punjab was washed out due to rain. They played a good brand of cricket right throughout this tournament and need to give their best for one last time in the finals.

Railways on the other hand made it to the finals on the qualification of higher run-rate. The 2nd Semi-Final was abandoned due to rain against Bengal, and they marched into the finals. Both sides are unbeaten in this tournament, and we can expect a good game of cricket if rain gives a break.

There are more chances of rain interrupting this match as well. It’s difficult for the curators to prepare the surface as the rain is continuously pouring for the last few days. If rain gives a break whoever wins the toss should bowl first.

Vrinda Dinesh made a huge impact with the bat for Karnataka in this tournament. In only 5 matches, she has racked up 347 runs at an average of 115.67 which includes 2 centuries and 2 half-centuries.

Divya Gnanananda has been consistent for Karnataka in recent times. She has scored 334 runs in 5 innings with the highest score of 128*.

Sabbhineni Meghana is the leading run-getter for Railways in this tournament. In 5 matches, she has notched 352 runs at an average of 70.4 with the highest score of 142.

Wicketkeeper batter, Nuzhat Parween has scored 157 runs in 4 matches in this competition. She is a great asset for the side and a must-pick player for your fantasy teams. 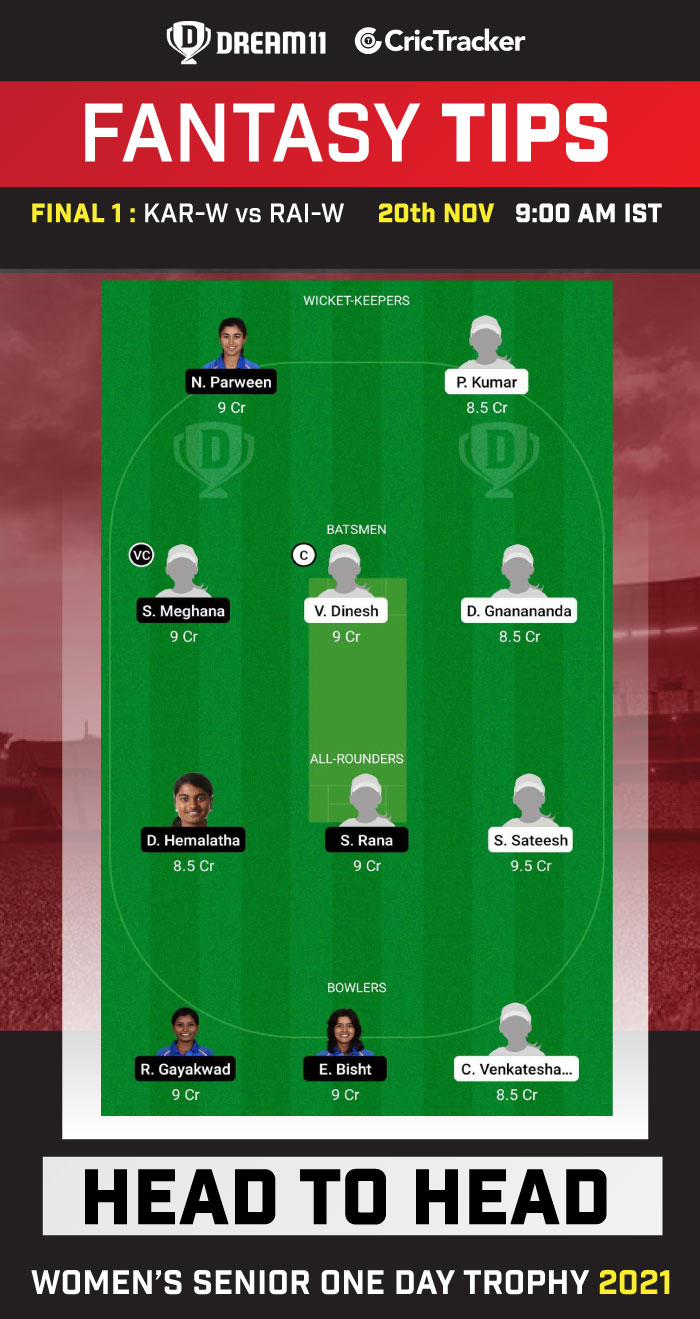 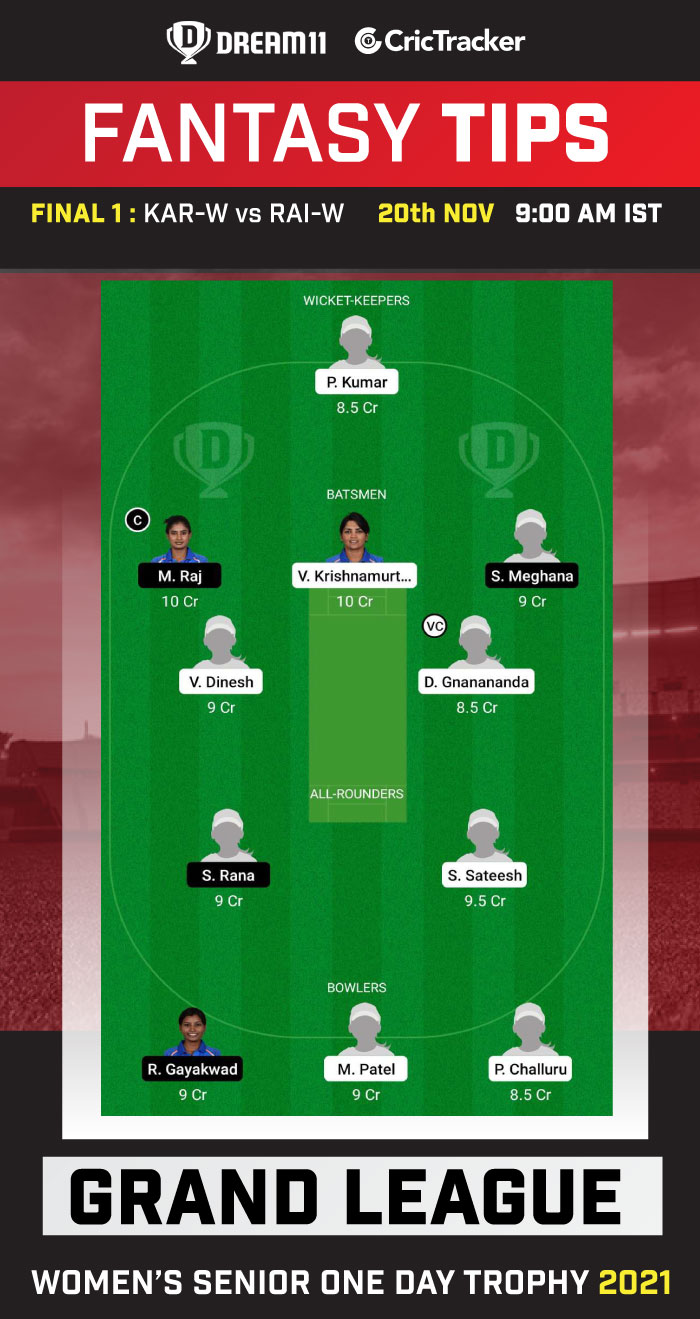