Niharika Prasad will be a top all-round pick.

Meanwhile, Jharkhand Women have lost only one game in the Women’s Senior One Day Trophy this season. They finished at the top of the table of the Elite Group A. Jharkhand Womens beat Andhra Womens by 27 runs in the second semi-final. We can expect a close and thrilling encounter between these quality sides.

We expect this match to be a high-scoring one, with the par 1st innings score being about 237 runs. With the pacers getting some good movement from the deck early on in the game and the spinners able to eke out some turn in the second half, the match should also witness a good deal of wickets.

Thirush Kamini has been in impressive form. She has scored two half-centuries and one century in five games. Overall, she has amassed 353 runs at an average of 117.67. Kamini is the third-highest run-scorer in this tournament so far.

Sneh Rana could be a pretty effecyive option as vice-captain. She has done well in the limited chances she has got with the bat and has made 126 runs. Rana has been pretty consistent with the ball and has picked up 15 wickets with an economy of 3.17 runs per over.

Indrani Roy is the only player to cross 400+ runs in this season. She is at the top of the run-scoring charts in the Womens Senior One Day Trophy 2021. The Jharkhand wicketkeeper-batswoman has accumulated 407 runs at an average of 81.40 and a strike rate of 90.44. She has scored a couple of half-centuries and one cenutry.

Rashmi Gudia looked in solid touch in the semi-final for Jharkhand. She scored 122 runs and laid the platform for the win. Gudia has smashed one fifty and one hundred and has amassed a total of 297 runs. 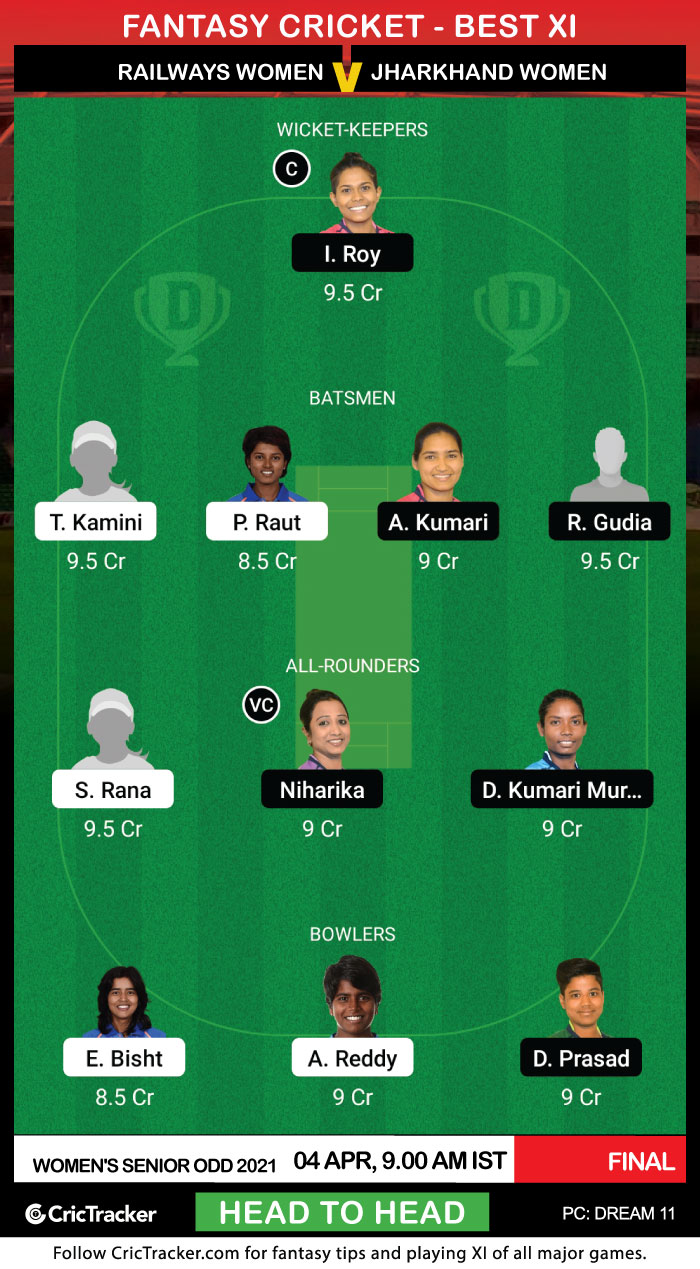 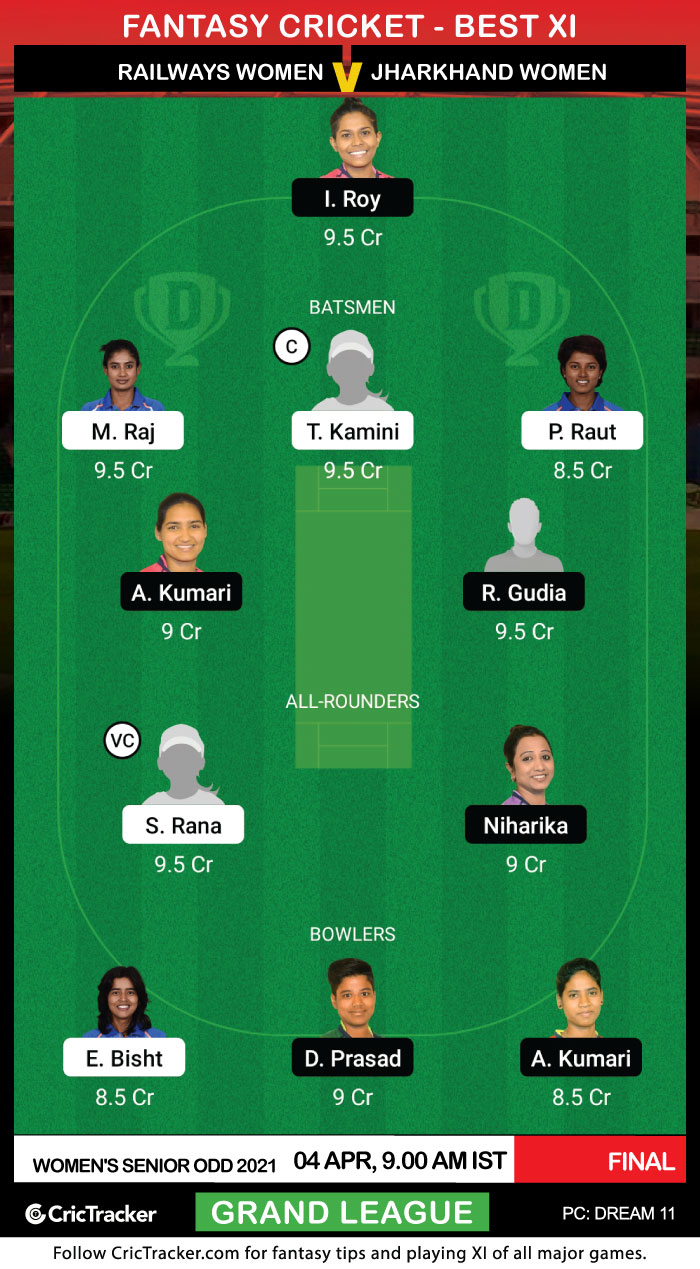 Mithali Raj can be a game-changer with her batting skills. The Indian ODI skipper scored 68 runs in the quarter final for Railways. She has been very consistent in the recent ODI series against South Africa and can be a differential captaincy pick.

Niharika Prasad will be a top all-round pick. She has been contributing really well with bat and ball. The Jharkhand skipper has scored 163 runs and grabbed nine wickets in this tournament.

Sobhana Asha has picked only one wicket in the last amcth and her economy rate is also unimpressive. You can avoid him while making your Dream11 fantasy teams.