It is advisable to pick 4 all-rounders in at least one of your teams.

The Quarter-Final 3 of the Women’s Senior One Day Trophy 2021 will be played between Andhra Women and Vidarbha Women on 30th March at Saurashtra Cricket Association Stadium, Rajkot.

The match is scheduled to start at 9:00 AM IST.

In the third quarter-final of this Women’s Senior One Day Trophy 2021, Andhra Women will face Vidarbha Women at the Saurashtra Cricket Association Stadium in Rajkot. Andhra Women have been in terrific form in this tournament. They won all their five games in the group stages and topped Elite Group B.

On the other hand, Vidarbha Women finished top in the Elite Group E with four wins and a loss. They defeated Karnataka Women in the last encounter by 4 runs. Both sides are in a very good run of form and this will be a highly competitive game.

It will be mostly sunny during the match time here in Rajkot on Tuesday with the temperature hovering at 42 degrees Celsius. There are 10% chances of precipitation for this match.

The pitch at the Saurashtra Cricket Association Stadium in Rajkot is usually a good one to bat on. The ball comes on to the bat nicely, enabling the batswomen to play shots on the up. While the fast bowlers may get some movement early on, the spinners will also come into play as the game progresses.

C H Jhansi Lakshmi is in splendid form with the bat. She has played five games and has already smashed 284 runs on an average of 71.

Bharti Fulmali is in solid form with the bat. She has scored 283 runs at an average of 56, which includes three half centuries.

V Pushpa Latha has scored 175 runs in 5 matches at an average of 35. She will bat in top order and can spring something special here.

Nupur Kohale can be backed as the captain or vice-captain. She is the second-highest wicket-taker in the Women’s Senior One Day Trophy 2021, having picked up 15 wickets at an average of 7.40 and an economy of 2.69. She can be effective with the bat as well.

G Chandra Lekha is the best bowler in the team and will be keen to dominate once again. She has picked 8 wickets in 5 matches. 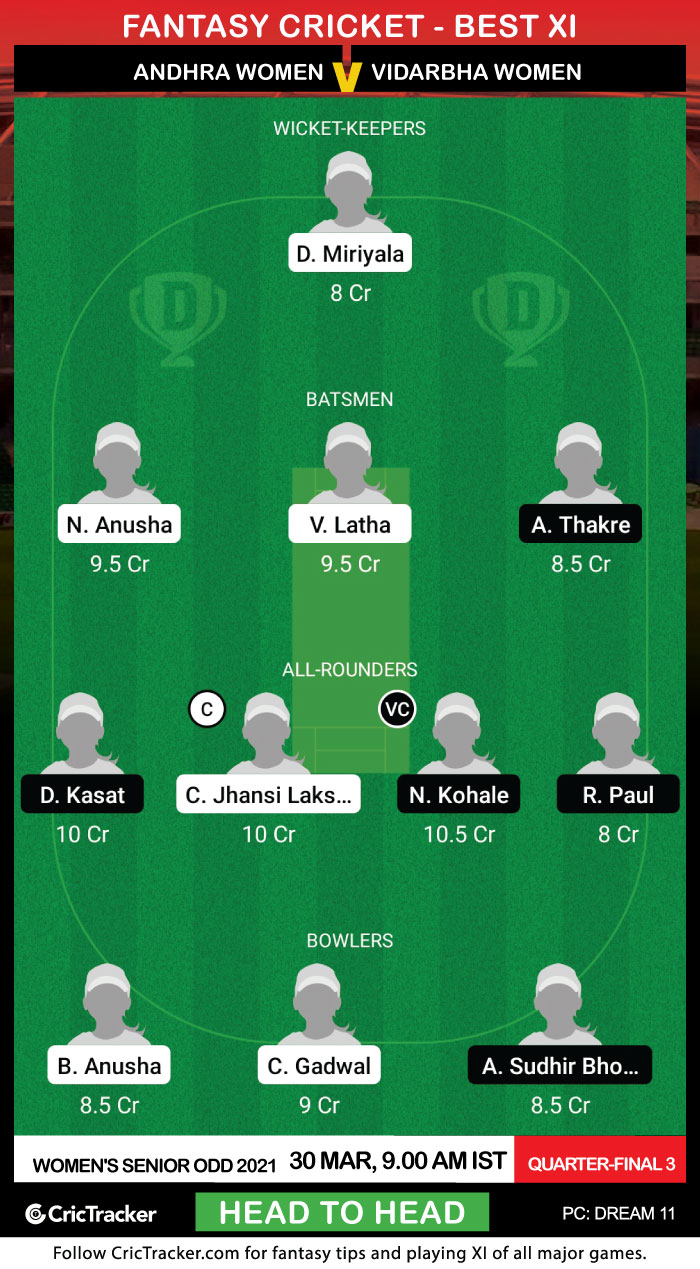 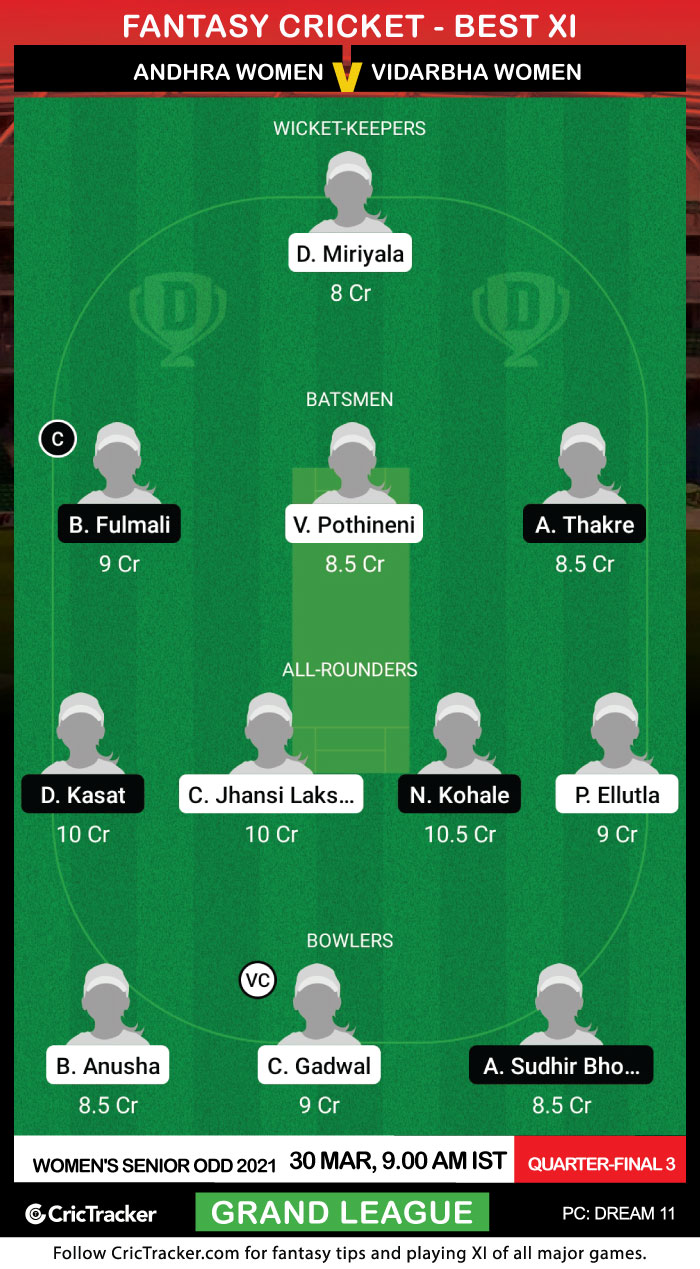 It is advisable to pick 4 all-rounders in at least one of your teams as the pitch supports both batswomen and bowlers equally.

Vidarbha Women are expected to win this match.