Railways Women will be up against Bengal Women in the 2nd semi-final of Women’s Senior One Day Trophy 2021 on Thursday. Railways Women won their previous encounter against Odisha Women by a huge margin of 149 runs. Railways Women They have had an impressive run in the competition and will aim to take the winning momentum further in the crucial encounter.

Bengal Women, on the other hand, also played awesome cricket throughout the tournament. Despite losing 9 wickets in their previous battle against Delhi Women, they somehow managed to win the match and qualified for the second semi-final against Railways Women. Heading into this pivotal contest, both sides will aim to bring their ‘A’ game to the table.

The track at this venue looks to be a balanced one. The outfield is pretty slow and batters need to work hard for their runs. The quick bowlers might get some help towards the latter half of the match.

Sabbhineni Meghana has been brilliant with the bat in the previous match against Odisha Women. She scored 90 runs and helped her team to post a competitive total of 271 runs on the board.

Dayalan Hemalatha is the other must-have player in your fantasy team. She scalped 8 wickets with the ball, with the best figures reading 4 for 19.

Dhara Gujjar has batted extremely well in her last outing against Delhi Women. She scored crucial 75 runs and helped her side to run over the victory line. Overall, she has smacked 355 runs in 6 matches at an average of 71.

The skipper of the side, Rumeli Dhar is the other must-have player in your fantasy teams. She has scored 213 runs from his six outings and picked up 10 wickets as well. 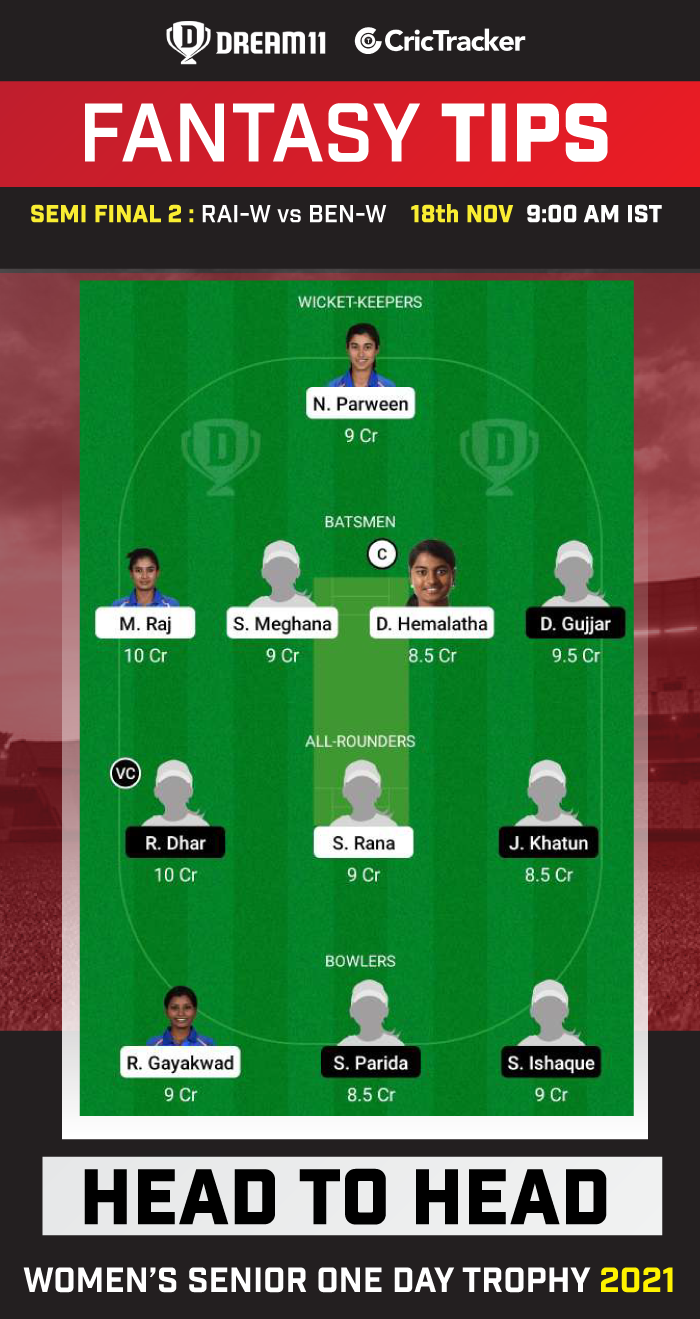 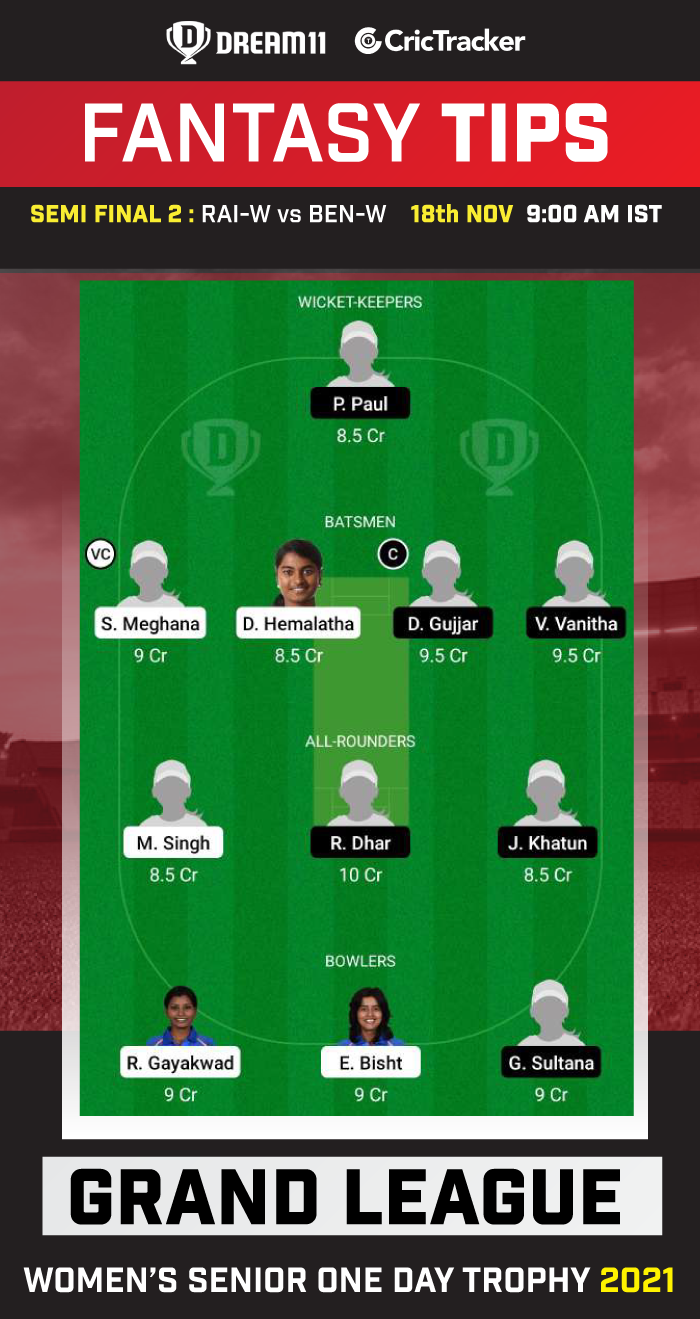