Punjab’s Jasia Akhtar scored 241 runs across 7 innings in the Senior Women's T20 tournament at an average of 60.25.

The 3rd game of the Women’s Senior T20 Challenger Trophy 2019-20 will be played between India C Women and India A Women at the Barabati Stadium in Cuttack.

The Women’s Senior T20 Challenger Trophy started off with a low scoring match as the India B team secured a 4-run win against India C team on Sunday. The Veda Krishnamurthy-led team will now look for their first win on Monday where they face the India A team. The A team led by Harmanpreet Kaur will be in action for the first time as the opening game of the tournament ended without a result. Both the teams have suffered injury setbacks as Poonam Yadav and Harleen Deol have been ruled out of the tournament for India A and India C team respectively.

The weather in Cuttack has improved over the last couple of days. Monday could witness sunny weather in the afternoon.

The Barabati Stadium’s T20 debut in Women’s cricket wasn’t an ideal one for the format. The slower track on Sunday’s match saw the total of 94 getting defended successfully. Such pitches make the results look lottery as the better spinners will be on the winning side. The track might not see any improvement on Monday.

Deepti Sharma has been in rich form this season in the T20 format. She should her finishing skills in the KSL and ran through the West Indies line-up during their tour last month. Rajeshwari Gayakwad hasn’t been a regular feature in the Indian side but has excelled with the ball whenever she got a chance. Komal Zanzad could be handy on the slow surface as the left-arm pacer made news with a 3-fer against visiting England team last year. UP’s Meghna Singh finished among the top wicket-takers in the Senior Women’s T20 tournament picking up 13 wickets from 9 matches at an average of 9.38 only. Punjab’s Jasia Akhtar scored 241 runs across 7 innings in the Senior Women’s T20 tournament at an average of 60.25.Captain and Vice-Captain Selection: 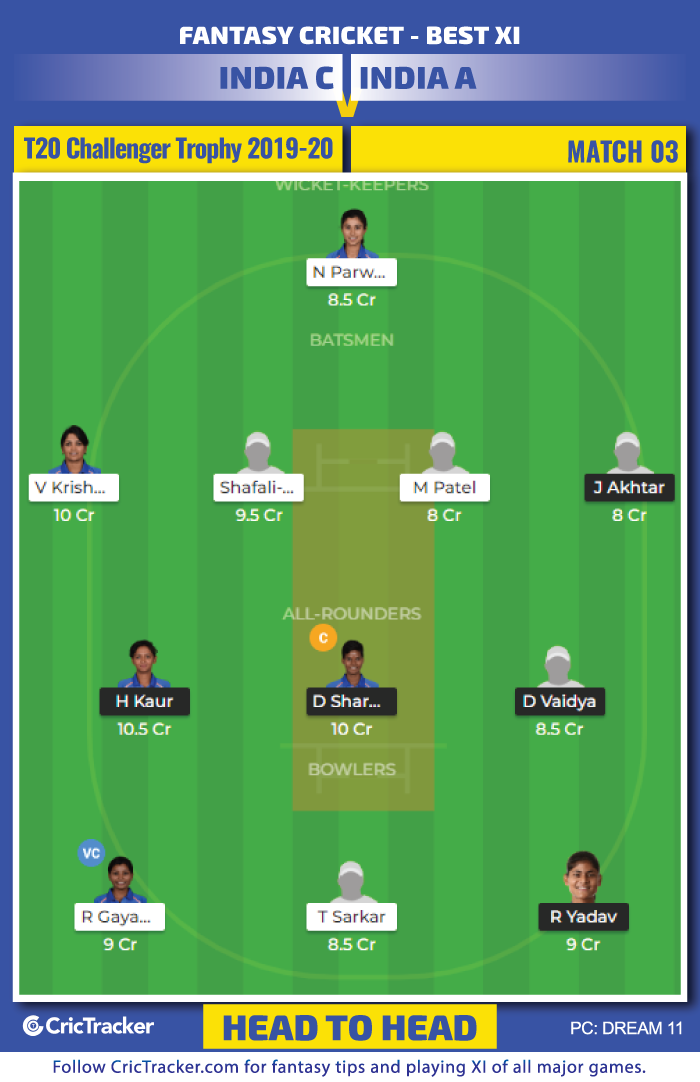 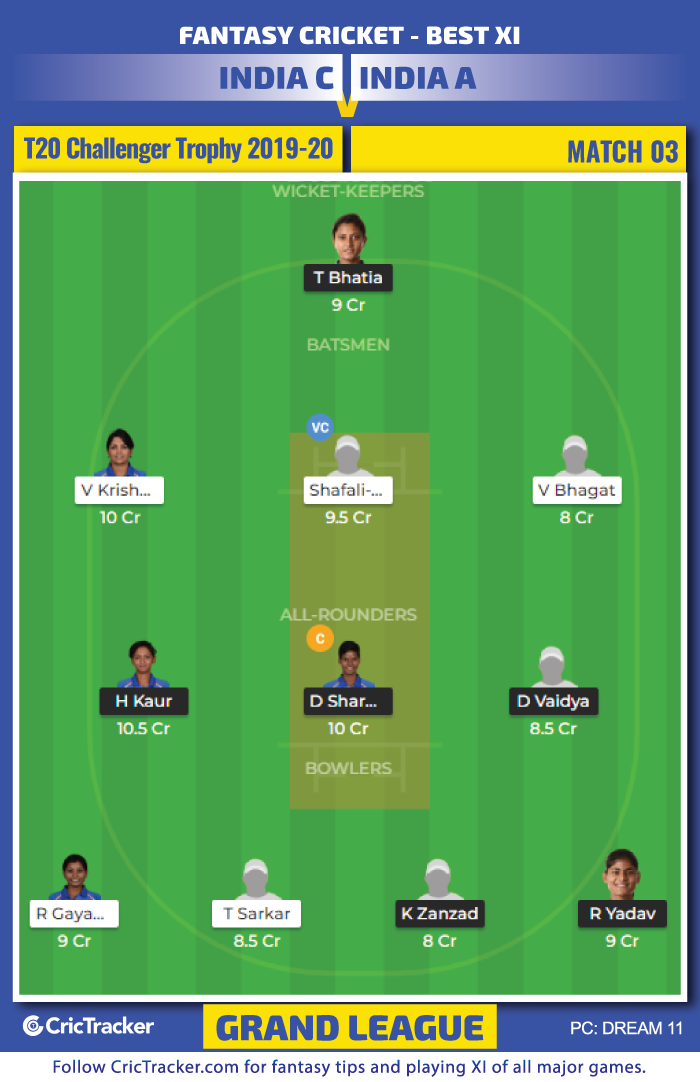 The Sunday’s match was played on a slow surface where the spinners made life tough for the batters. We expect no changes to the track inside 24 hours and hence, we could have another low-scoring affair. It is the reason for not picking much from the batters’ category.

India A has more experience compared to the India C team who already lost the first match.