Deepti Sharma scored an unbeaten 34 and took 2 wickets on Monday.

The 4th game of the Women’s Senior T20 Challenger Trophy 2019-20 will be played between India A Women and India B Women at the Barabati Stadium in Cuttack.

The Women’s Senior T20 Challenger Trophy began with a couple of low scoring matches after a no result in the first match. On Sunday, the Smriti Mandhana-led India B team clinched a 4-run win over India C. With six points after two matches, the India B Women will be looking to seal a spot in the finals with a win on Tuesday. On the other hand, India A team led by Harmanpreet Kaur went down against India C on Monday by 10 runs. A lot of individual performances were recorded for India A in this game but none of them were enough to seal a win.

No forecast of rain interruption for the game between India A and India B to be played on Tuesday.

The Barabati Stadium is yet to produce a high-scoring match in this tournament. Monday’s match was played on a dry track and nearly 250 runs were scored across both innings. The moisture over the track on Sunday helped the spinners by keeping the ball low when pitched on damp patches. On Tuesday, we could have a new pitch that too without moisture as the clouds have been clear over the last two days in Cuttack.

UP’s Meghna Singh didn’t play on Monday but can be picked in the fantasy team if she is in the XI. In the Senior Women’s T20 tournament, she claimed 13 wickets from 9 matches at an average of 9.38 only. Deepti Sharma is likely to be among top 3 performers ever match given her all-round form in the last 6 months in T20s. She proved that on Monday with an all-round show. Anuja Patil amassed 154 runs across four innings with help of two fifties and picked up six wickets in the 2019-20 Senior Women’s T20. Punjab’s Jasia Akhtar scored 241 runs in that tournament across 7 innings at an average of 60.25. 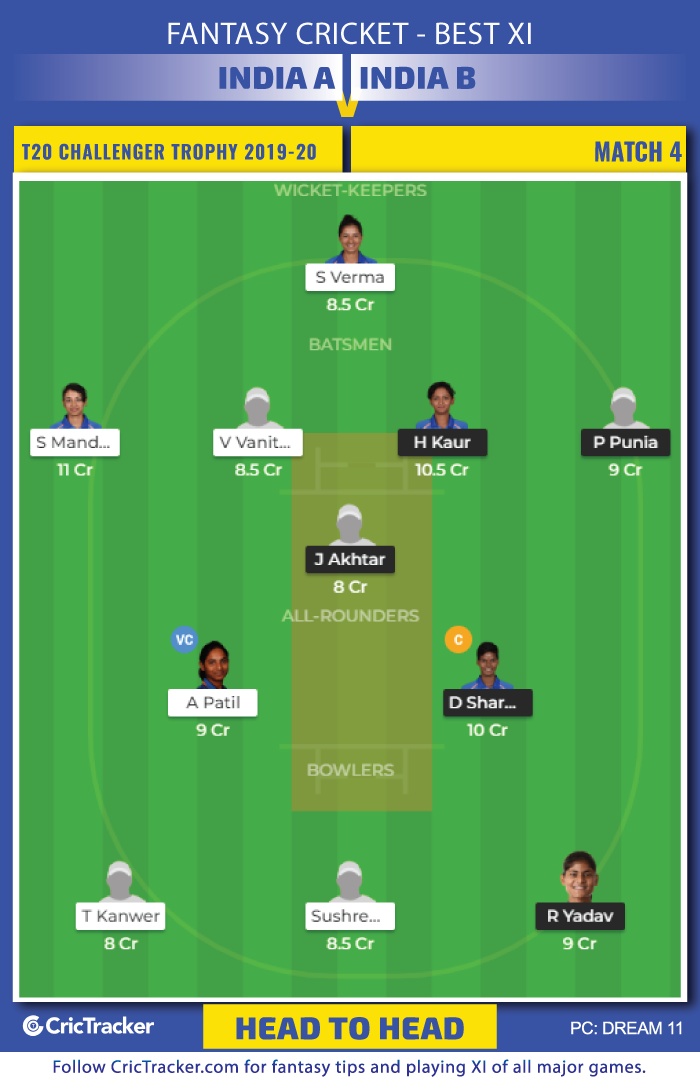 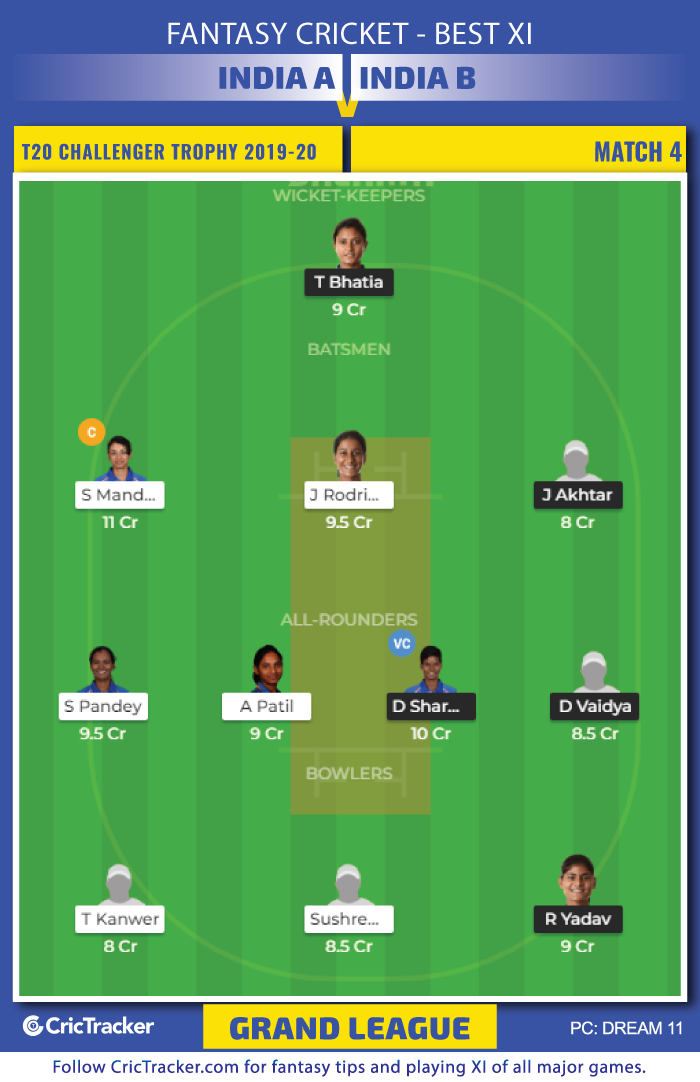 Spending 9 credits for Taniya Bhatia might look bit silly as she is not in best of forms and is likely to bat low down the order. However, she is likely to make 2-3 dismissals at least every match which makes her a safe option among keepers and batters categories.

India B is expected to register their 2nd straight win of the tournament.