Anuja Patil claimed two wickets in the game on Tuesday.

The 5th game of the Women’s Senior T20 Challenger Trophy 2019-20 will be played between India B Women and India C Women at the Barabati Stadium in Cuttack.

This game was to be played on Wednesday and has been postponed. Now it will be played on Thursday (January 9) after the match between India A and India C.

India B Women became the first team to qualify for the final of the Women’s Senior T20 Challenger Trophy 2019-20. After the opening match was washed out, they won back to back matches to seal their top spot. They will be now facing India C Women on Wednesday who is fresh of a 10-run win over the India A Women. If the India C team defeated India B, they will also make it to the final of the tournament. They will be having 8 points in such case and the maximum India A can reach is 6 points from here on.

A hot and humid day is expected at the Barabati Stadium in Cuttack without any signs of rain.

The tracks at the Barabati Stadium have been quite interesting so far. The first game was played on a damp surface while the second on a dry pitch. The Tuesday’s track was slightly better but it slowed down gradually towards the end of the match. Given the way first three matches have gone, it will be optimistic to expect 300+ runs by both teams in a match.

Anuja Patil was brilliant with the bat in that tournament scoring 154 runs across four innings with help of two fifties. However, in the Challenger Trophy, she has been doing a good job with the ball. Jincy George of Kerala didn’t play a match in this tournament. However, if she gets into the XI, she can be picked. George aggregated 261 runs across seven innings during the Senior Women’s T20 at an average of 52.20 with a century and two fifties. Vanitha V.R might not be the direct pick in many fantasy teams but she is reliable and is expected to score 20-30 runs every game. Rajeshwari Gayakwad’s efficiency of dry surfaces with the ball has been on display in this tournament. 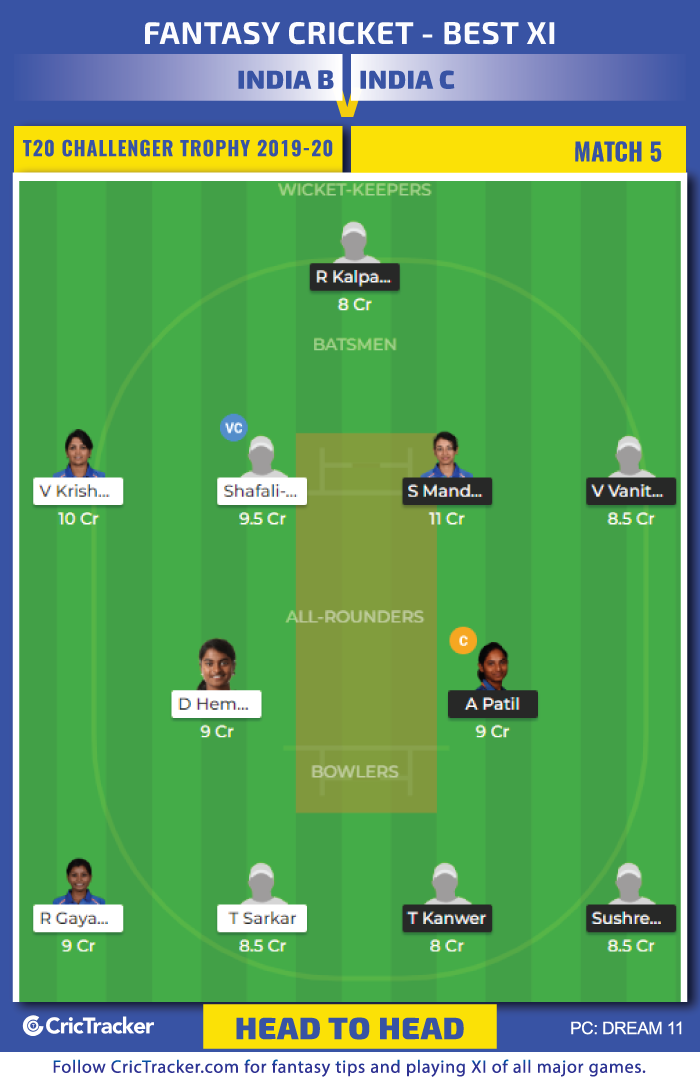 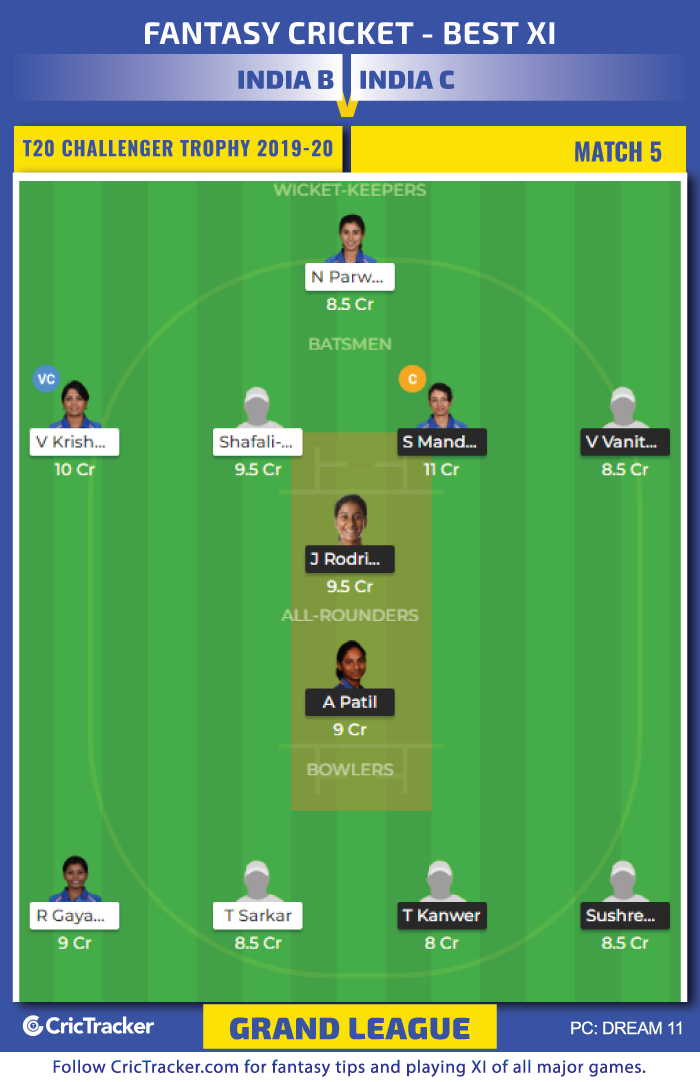 From the bowlers’ category, the quartet of Sushri Dibyadarshini, Rajeshwari Gayakwad, Tanushree Sarkar and T.P. Kanwar are a must in the fantasy team. The four are likely to take a lot of wickets on dry surfaces and have done it so far in this competition.

India B Women is expected to finish the league phase unbeaten.