Otago Sparks are likely to win this match.

Otago Sparks and Auckland Hearts are going to play the eliminator game of the Women’s Super Smash 2021-22. Otago has won eight out of the ten games and is placed in the second position in the points table. The team has won three of their last five games.

Auckland Hearts has won five of their ten matches in the tournament. The team is placed in the third position. The team that will win this game will play the final against Wellington Blaze Women on January 29.

University Oval is a type of pitch where bowlers have found a lot of success and batters have struggled. The team that wins the toss should look to bat.

Also Read: There is something left in Pujara but Rahane is out of my plans if I were the selector: Sanjay Manjrekar

Suzie Bates is the leading run-scorer in the Women’s Super Smash tournament. She has made 426 runs in ten matches at an average of 60.85 and a strike rate of 114.82.

Lauren Down has made 233 runs in ten matches at an average of 25.88 and a strike rate of 95.88. She is the leading run-scorer for Auckland Hearts.

Katie Perkins has made 229 runs in ten matches at an average of 22.90 and a strike rate of 92.71. She has made one half-century in the tournament. 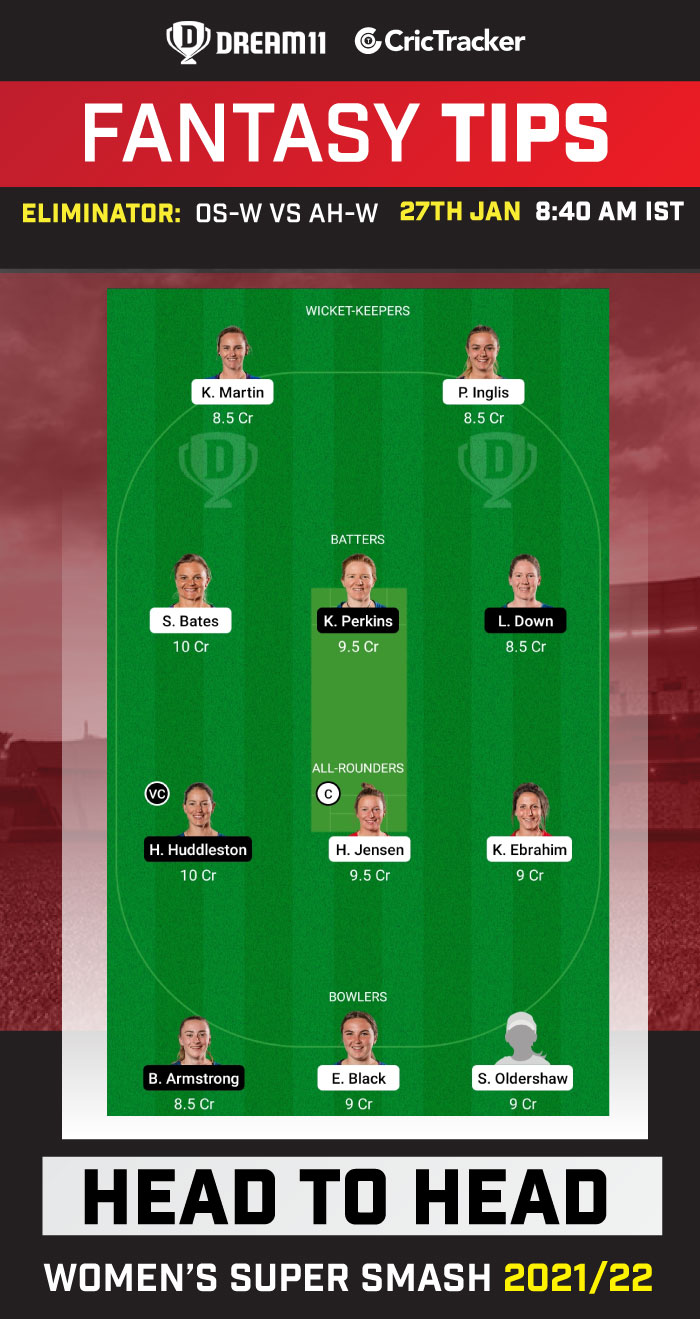 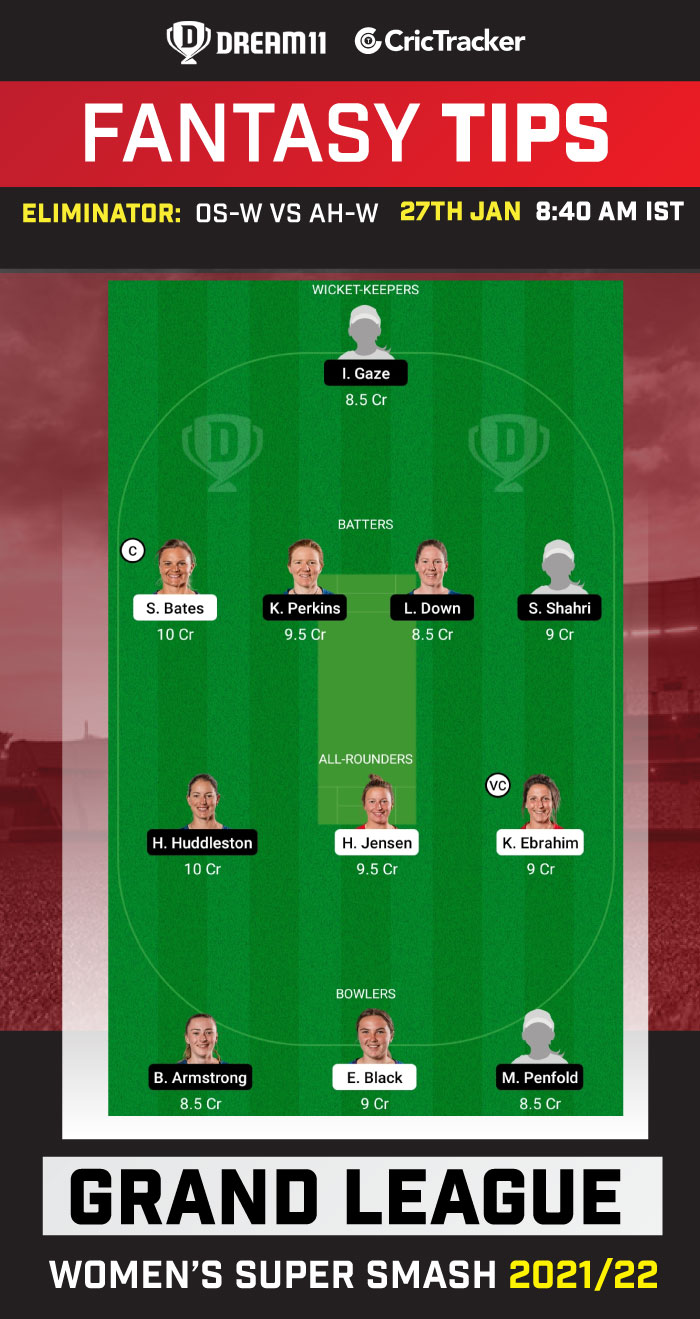 Otago Sparks are likely to win this match.