Finn Allen has been in brilliant form for Lancashire.

Lancashire will lock horns with Worcestershire in the north group clash of the T20 Blast 2021 at the New Road in Worcester on Sunday (June 13).

This encounter will get underway at 7:00 PM IST, and the live streaming will be available on FanCode.

Worcestershire made a thrilling start to their T20 Blast 2021 campaign with their opening encounter against Nottinghamshire resulting in a tie. Unfortunately, the Moeen Ali-led side lost the game in the super over. Nevertheless, they made a tremendous bounce back and registered a 32-run triumph over Northamptonshire. Hence, they would be determined to extend their winning run.

On the other hand, Lancashire have made a sensational start to the season and won their first two games. They defeated Derbyshire by six wickets in their first clash before registering a 16-run triumph over Leicestershire. They would definitely be confident ahead of this fixture and wouldn’t mind two more points to their tally.

The New Zealand dasher has been in fine form and played a vital role in Lancashire’s triumph in previous clashes. After scoring a fiery 13-ball 29 against Derbyshire, the youngster showed his ability to play knocks and mustered a match-winning 73 against Leicestershire. Hence, the Worcestershire bowlers must beware of Allen.

Jos Buttler is one of the most dangerous batsmen going around and has tormented the best of bowlers. The wicketkeeper-batsman can score quick runs amid any circumstances, and his knack of staying at the crease for long makes him even more lethal. Buttler even played a couple of crucial cameos this season, and a massive score seems round the corner. 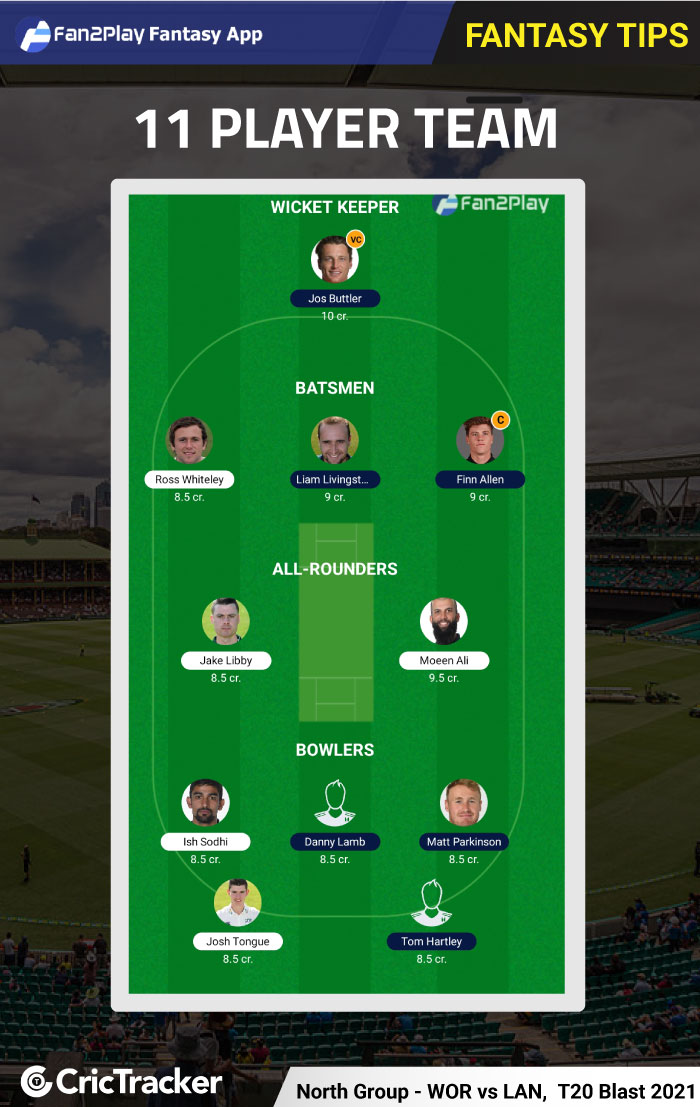