Harry Brook is a good pick for captaincy.

Yorkshire and Northamptonshire will take on each other in the upcoming North Group clash of the T20 Blast 2021. This match will take place at the Headingley in Leeds on Saturday (June 26).

This encounter will get underway at 11:00 PM IST.

Yorkshire have enjoyed a stellar season so far and are one of the front runners to clinch the title. They are currently holding second place in the North Group team standings with five victories in eight outings. One of their games was washed out due to rain. Yorkshire are coming off a 34-run loss against Leicestershire and would like to get back on the winning track.

On the other hand, Northamptonshire’s campaign hasn’t been delightful by any means. They failed to perform as a unit and subsequently, have suffered one defeat after another. In fact, they are currently reeling at the rock bottom of the points table, having won just two of their eight games. Hence, they must change their fortunes soon with the tournament advancing to its latter stage.

Predicted Playing XIs for YOR vs NOR

Captaincy Picks for YOR vs NOR

The uncapped England dasher has jolted many bowling line-ups this season and would like to play another match-winning knock. Harry Brook tends to stay at the crease for long and his wide range of shots makes bowlers’ job even more challenging. So far, Brook has mustered 299 runs in seven games at a staggering strike rate of 152.55.

Brook’s teammate Jordan Thompson is another player who can trouble Northamptonshire in the forthcoming fixture. The all-rounder has been delivering with both and ball consistently and won’t mind replicating his heroics again. So far, the right-arm pacer has scalped 10 wickets in just six outings, alongside scoring 88 valuable runs. 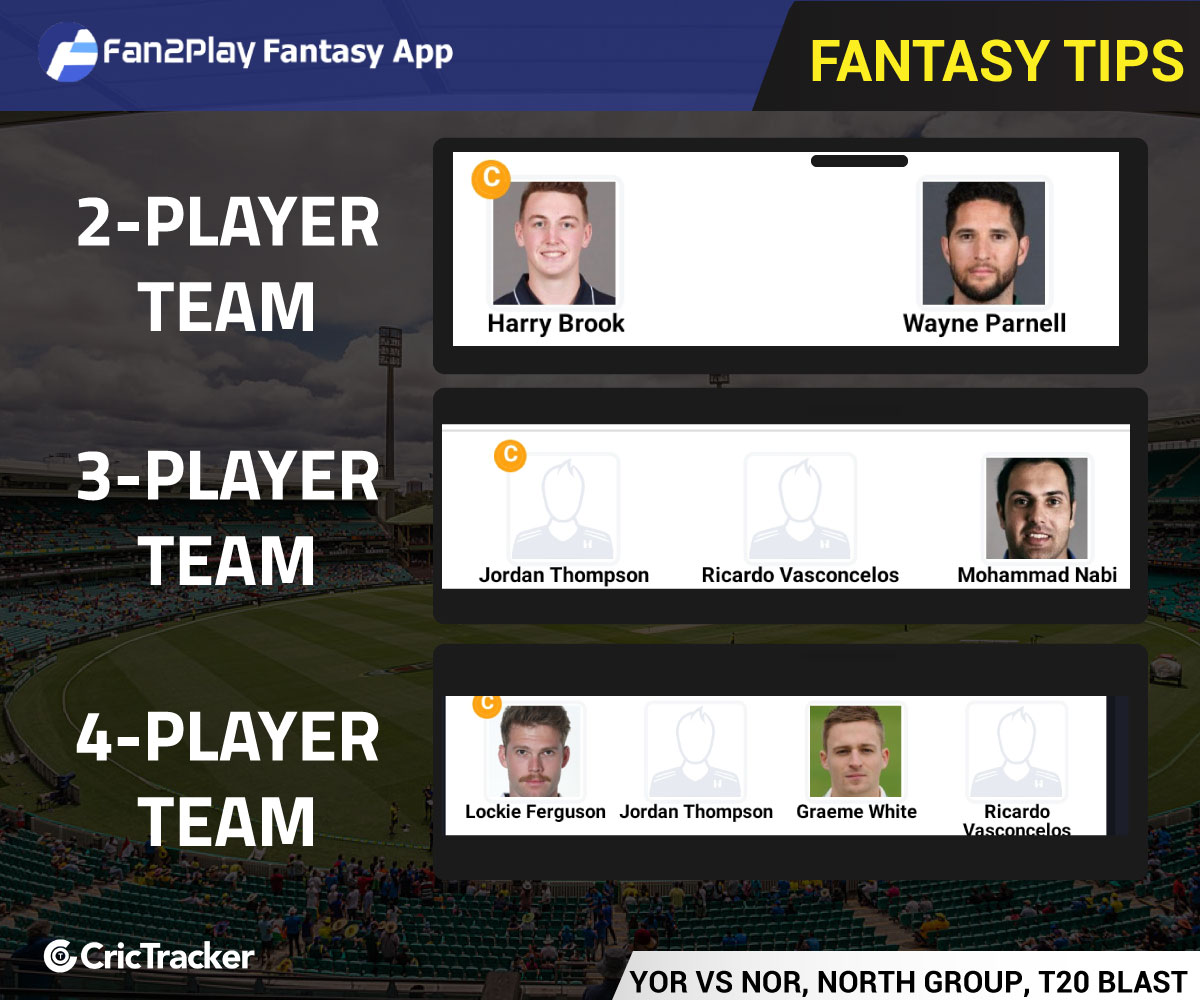 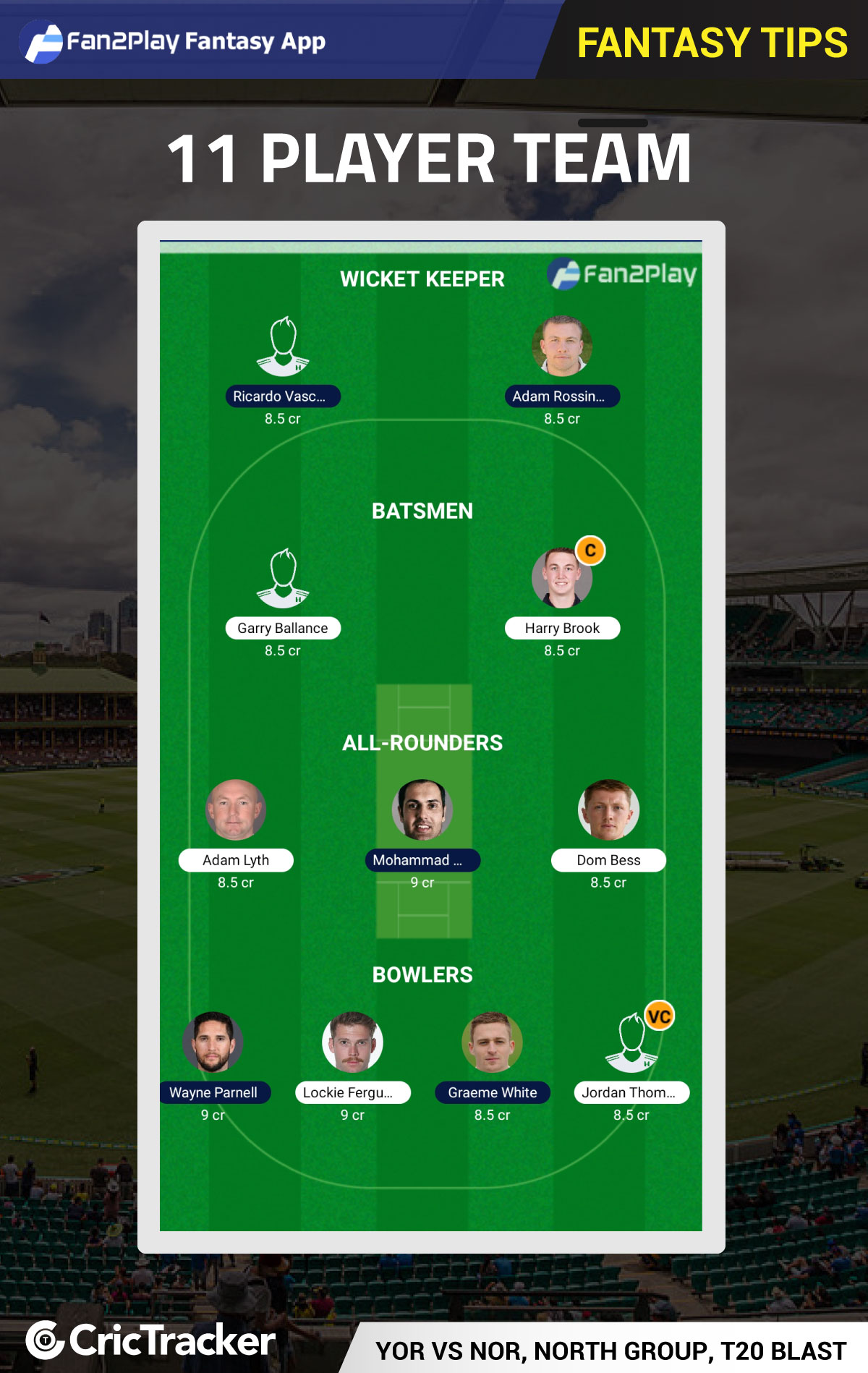