The 1st Qualifier match of Zambia Cricket League 2020 will be played between Ndola Blitz and Kabwe Stars at Lotus Sports Club Ground in Kamwala.

The Ndola Blitz and Kabwe Stars will lock horns in the first qualifier game of the Zambia Cricket League on Sunday morning. The Ndola team registered two comfortable wins on Saturday including one against the Kabwe team only. This helped the Stars to end up with five wins from the six league matches. Kabwe finished second having won three matches including one over the Kitwe Kings on Saturday morning that cleared their route into the finals day. The winner of Blitz-Stars match will make it to the final while the loser will have another chance as they face Lusaka Hearts.

The first qualifier match is unlikely to see any interruptions from the weather through the full duration.

The streak of chasing teams winning in the Zambia Cricket League came to an end on Saturday. The last three games were won by the teams batting first after recording 90+ totals including two of 110+. Hence, the teams might prefer to bat first only if they are sure of touching the 100-run mark.

Godfrey Kandela has bagged six wickets in the five innings he bowled including a 3-wicket haul and also amassed 65 runs with help of a 30+ score. James Green is among the top three run-getters having scored 125 runs at a strike rate well over 200 and also claimed three wickets at an economy under six. Mahmad Tausif is the leading wicket-taker of the tournament having claimed seven wickets and at a decent economy rate of only 7. Despite being taken for nearly ten runs as over, Aidan Hawkesworth has picked up five wickets thus far and also amassed 51 at the same time. 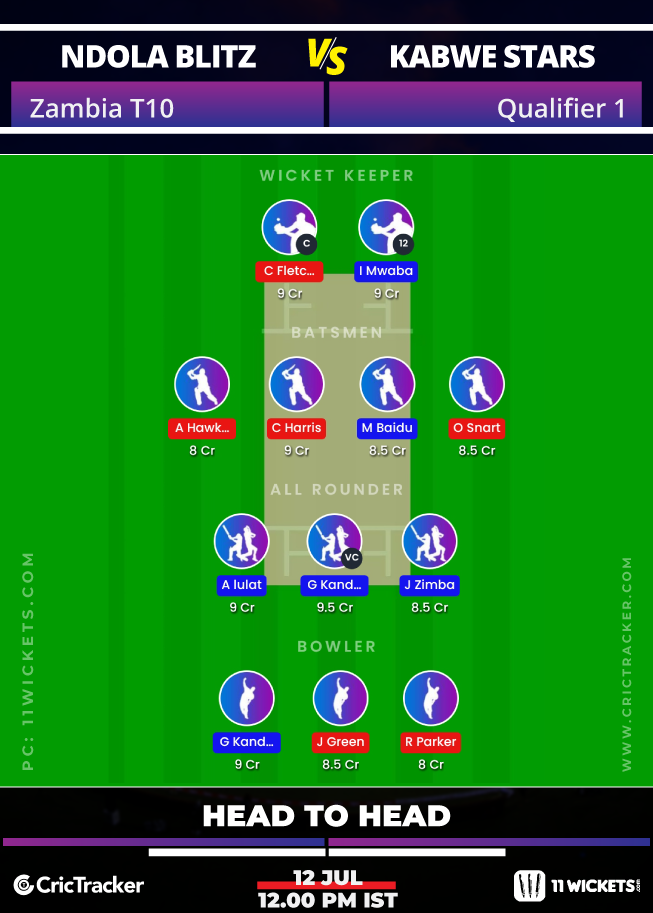 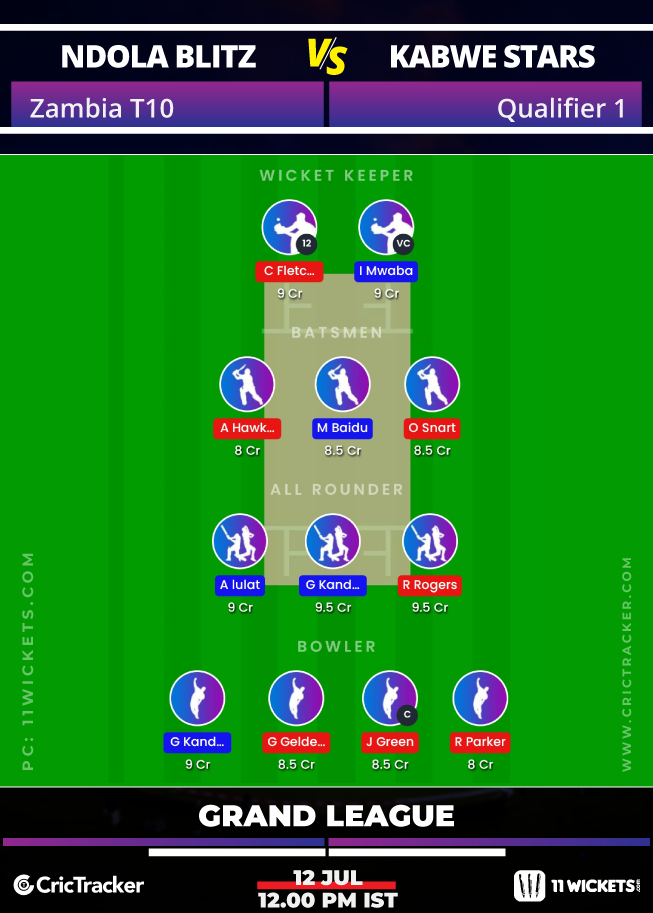 Connor and Isaac Mwaba are the available options in the category of the wicketkeepers. Both the keepers have done well in the tournament but only one of them can be picked in a fantasy team. Connor is the leading run-getter with 176 runs while Isaac aggregated 109 with help of two 40+ scores. Isaac also had involved in five dismissals and was player of the game on Saturday for his 49*. Hence, we have picked Connor in head to head leagues team and Isaac in the grand league team.

Ndola Blitz is likely to win this fixture and quality to the final of the tournament.