Javid Patel has scored 43 runs in four innings and also claimed three wickets in the six overs he bowled. 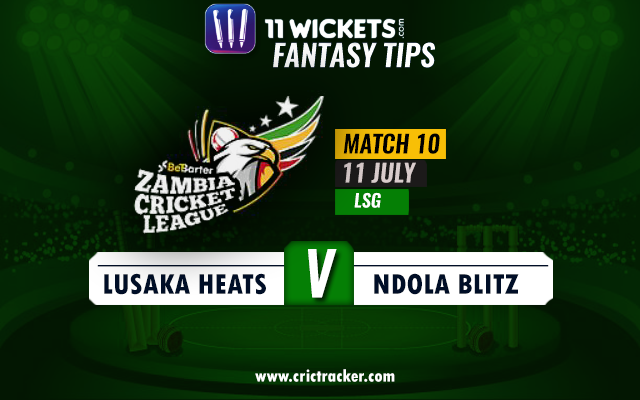 The 10th match of Zambia Cricket League 2020 will be played between Lusaka Heats and Ndola Blitz at Lotus Sports Club Ground in Kamwala.

The table-topper Ndola Blitz will face the team at the bottom, the Lusaka Heats in the match scheduled for 10:30 AM local time on Saturday. The Ndola team won each of their first three matches before suffering a 10-wicket defeat in the recent most match against Kitwe Knights. On the other hand, the Lusaka team started the tournament with a narrow 6-run loss and but followed it with a comfortable 24-run victory. But their batting fell apart on Sunday which resulted in to back to back huge defeats.

No interruptions from the rain are expected during the game between Lusaka Heats and Ndola Blitz.

Each of the last five matches has been won by the teams chasing. This gives us a hint about how the teams prefer to chase in this format rather than finding themselves in setting a target. The average first-innings total across the eight matches in this competition reads 86, a total that has been achieved in five games and successfully chased in three of them.

James Green has scored 81 runs across three innings he batted at a strike rate of 196. Green also claimed three wickets in the eight overs he bowled at an economy rate under six. Connor is the leading run-getter of the tournament with 111 runs that came at a strike rate over 180 with help of a fifty in those. Aidan Hawkesworth has been expensive with the ball giving away 67 runs in seven overs where he also took three wickets and also scored 27 runs with the bat at the same time. Javid Patel has scored 43 runs in four innings and also claimed three wickets in the six overs he bowled. 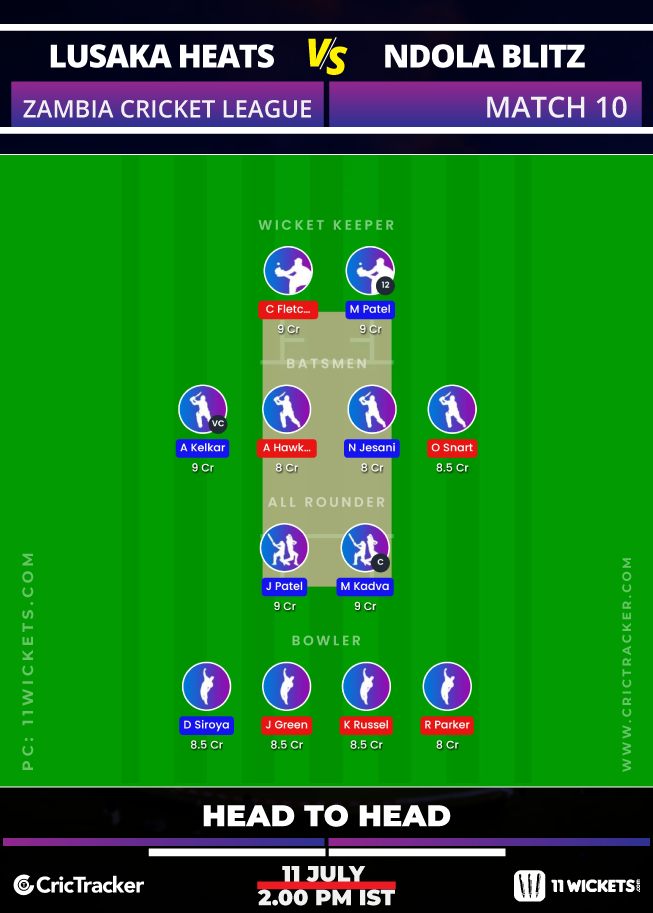 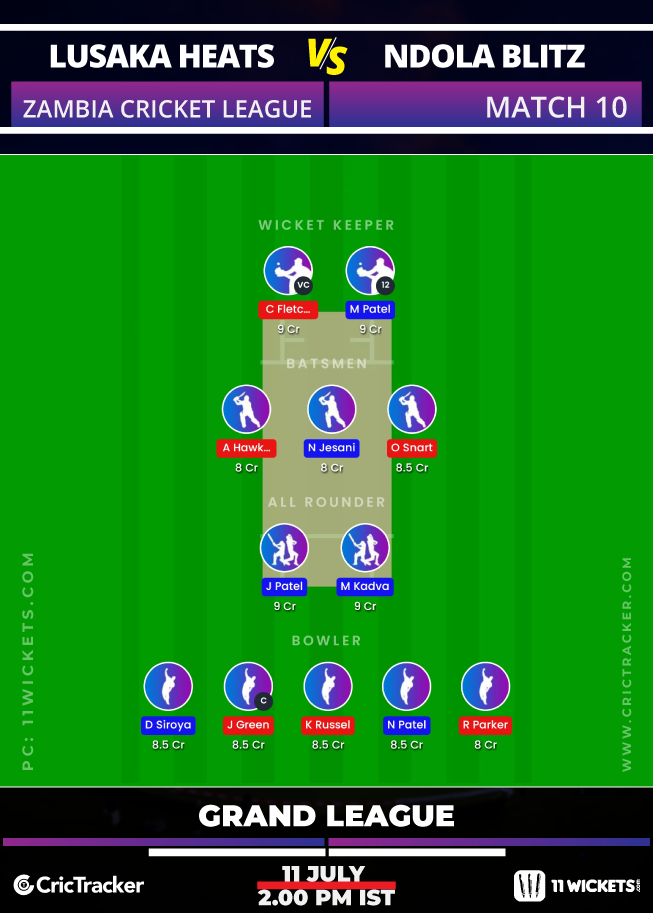 Ndola Blitz has played all four matches in this tournament with the same playing XI. This strategy can be credited to their success as they have won three of the four matches during the last weekend and find themselves on the top of the points table.

Ndola Blitz is expected to win this match by a comfortable margin.