Pick more players from Lusaka Heats side, they are likely to give more points in your fantasy XI. 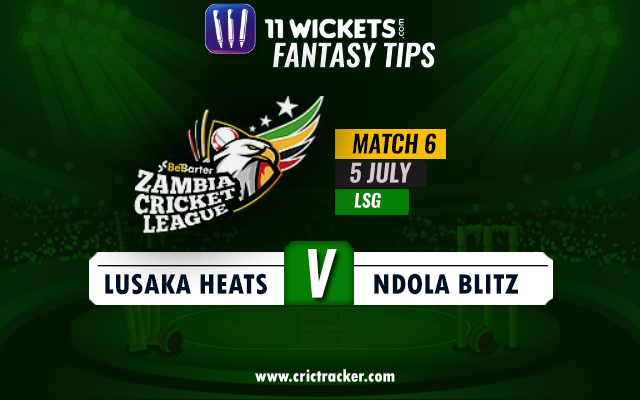 Match 6 in the Zambia Cricket League will be played between Lusaka Heats and Ndola Blitz at Lotus Sports Club Ground in Zambia.

The match starts at 10:30 AM local time (2:00 PM IST). This match can be streamed live on BetBarter YouTube Channel.

Lusaka Heats have played two games thus far at the time of writing this article, losing one and winning one. Lusaka batsmen have put up some brilliant show in both the matches they have played. We can expect another big score from them if they bat first.

Ndola Blitz have played one game and won that game convincingly. Though, it wasn’t a high-scoring game, Blitz took 8 overs to chase the target of 65. Comparatively, Heats have better batting and bowling line-up.

92 is the average first innings score in this tournament so far. Toss winning team will surely opt to bat first to put up some explosive show with the willow. Chasing teams lost two games so far.

Javid Patel can give some valuable points as well – 10, 22

Connor can be your keeper-batsman – 24

Pick more players from Lusaka Heats side, they are likely to give more points in your fantasy XI.