Godfrey Kandela and Mohammed Kadva are the ideal Captain options. 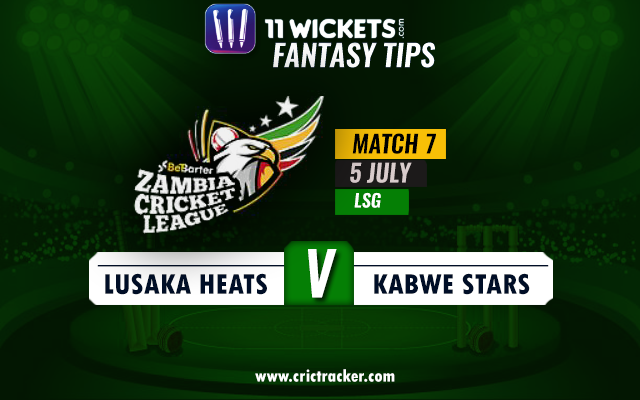 The 7th match of the Zambia Cricket League between Lusaka Heats and Kabwe Stars will be played at Lusaka Sports Club Ground in Kamwala.

The 7th Match of the Zambia Cricket League will be played between Lusaka Heats and Kabwe Stars on Sunday. Lusaka Heats will play its second consecutive game after facing the Ndola Blitz earlier in the day. The Heats have won and lost a game each so far and will be keen to win both matches of the day. The Kabwe Stars, on the other hand, will also be playing their second game of the day and will be confident after winning their previous encounter.

The sun will be out for the whole day and there is no chance of rain at all.

The pitch has been brilliant to bat on and expect the team winning the toss to bat first. A score around 95-100 should be good enough for the teams to pose a challenge for the opponents.

Isaac Mwaba scored an attractive 35 in the second game but got out only on 3 in the last outing. The likes of Godfrey Kandela, Gladson Kandela and Asraf Lulat are also good players and can be picked in Fantasy team. All of them can contribute with both bat and ball and can make an impact.

Mohammed Sohel Kadva has been a brilliant batsman. He opened the innings in both the matches and has scored 57 runs. Aditya Kelkar has scored 40 runs in two matches and is expected to do the same again. Deepak Siroya is an absolute wicket-taker and he should be picked in your Fantasy team. 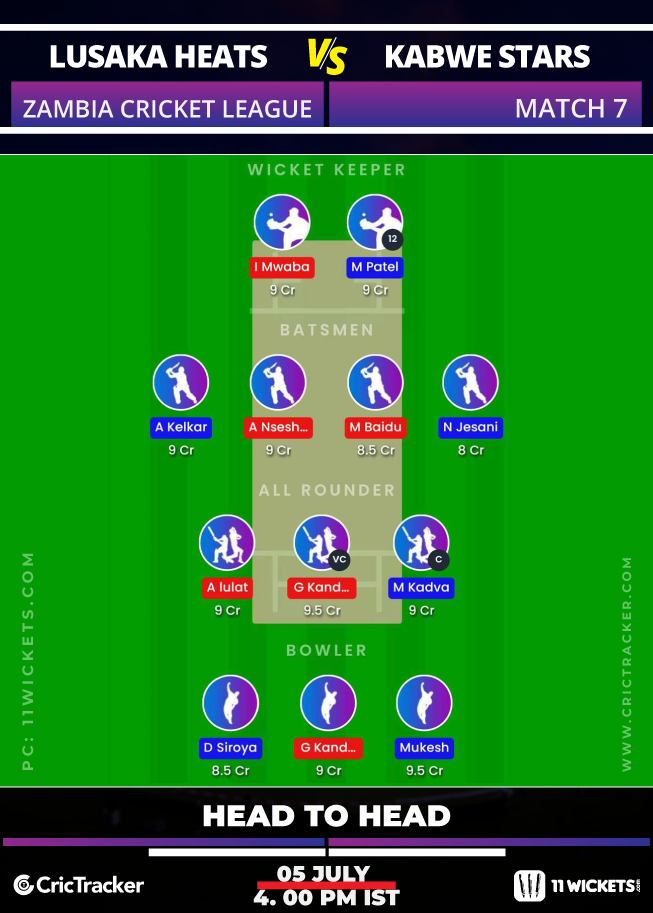 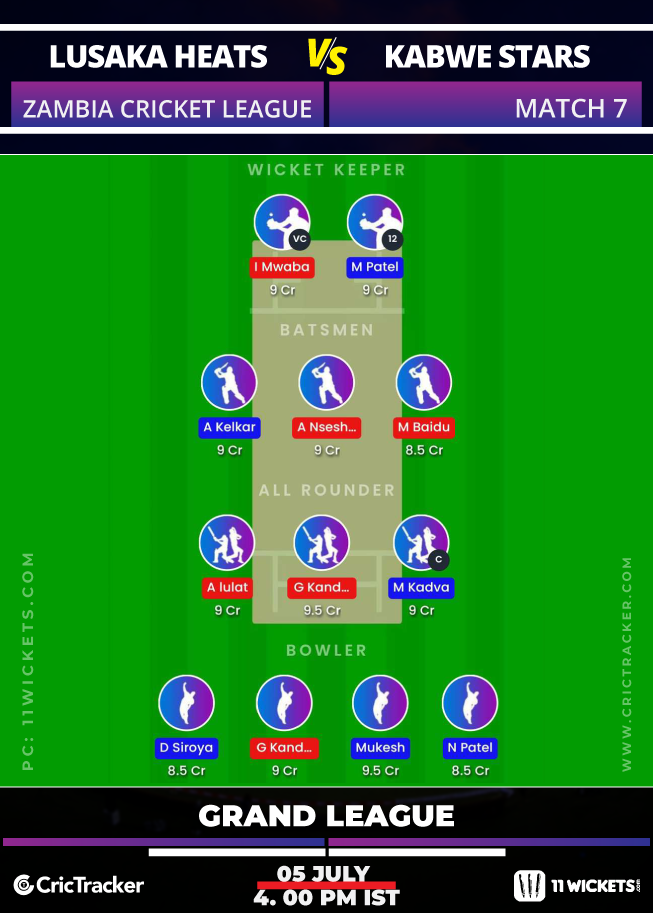 Allen Nsensha is due for a big knock after back to back ducks. You can pick him in your Fantasy teams for Grand League contests and make him captain or vice-captain.

Lusaka Heats is expected to win this match.