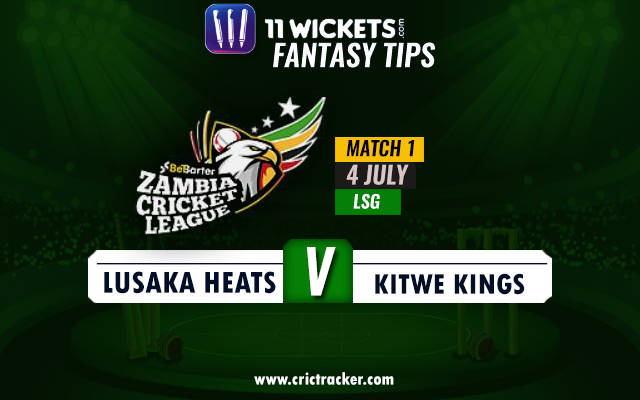 The 1st match of the Zambia Cricket League 2020 between Lusaka Heats and Kitwe Kings will be played at Lotus Sports Club Ground in Kamwala.

This match starts at 8:30 AM local time (12 PM IST) (6:30 AM GMT). Live streaming will be available on the Youtube channel of BetBarter.

Cricket resumes in Zambia for the first time amid the ongoing COVID-19 pandemic. Zambia Cricket League T10 tournament is set to commence on July 4 with four teams set to take part. Lusaka Heats and Kitwe Kings will lock horns in the first of the four matches of the day. Kabwe Stars and Ndola Blitz are the other teams to take part in the tournament.

Sun will be out early in the morning in Kamwala and there is no chance of rain at all. The temperature will hover in the early 20s throughout the day.

Winter T20 League 2019 matches were played at the venue and the scores around 140-150 were deemed par on this surface. Clearly, run-scoring won’t be easy and expect the scores 70-80 to be decent one during this tournament.

Viswanadha Mudunuri is the best all-rounder Lusaka Heats have. He has scored 450 runs in the 13 T20 Innings at an SR of 156.79 with six fifties. He has also picked 21 wickets with the ball. Aditya Kelkar was the highest run-getter in the Winter T20 League 2019. He amassed 201 runs in five matches with a century to his name. Hashmi Sayyed is another decent all-rounder who has scored 116 runs in six matches. He has also picked six wickets in 29 T20 matches of his career.

Mohammed Sohel Kadva has scored 682 runs in 33 T20 matches with three fifties and has also accounted for 44 wickets. Mukesh (41 wickets in 28 T20s) and Ashish Desai (40 wickets in 21 T20s) are other brilliant bowlers.

For the Kitwe Kings, Himal Patel scored 192 runs in nine innings with a half-century to his name in MCA T20 A League 2019. Sarfraz Nomani was the best batsman for them in the tournament scoring 210 runs in nine T20 innings with a couple of fifties. Ayaz Dadabhai is a brilliant bowler. He picked 14 wickets in 10 matches of the tournament conceding runs at an economy of only 6.14. Azhar Haveliwala is other bowler who is expected to shine having scalped 13 wickets in nine outings. 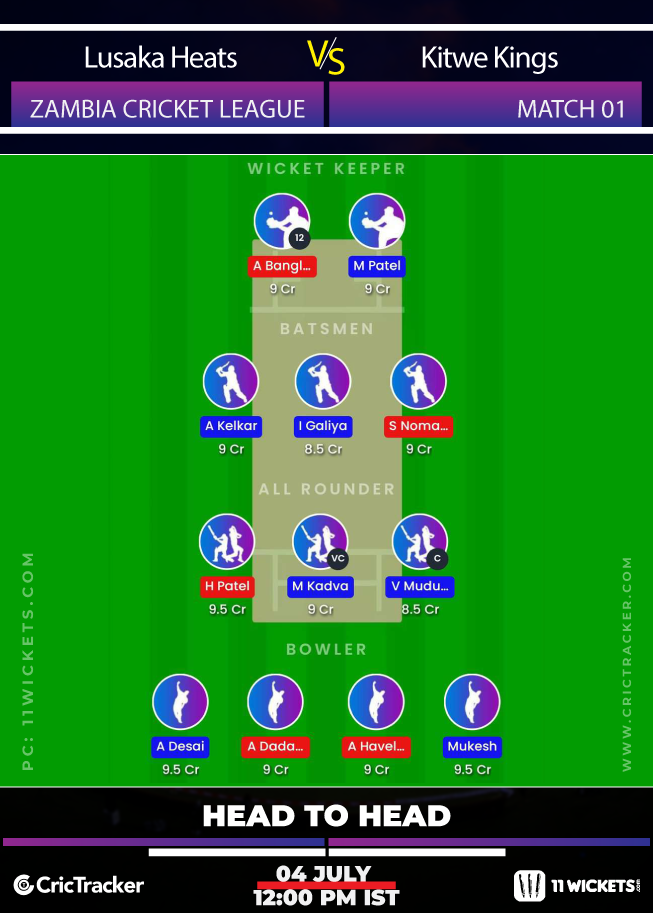 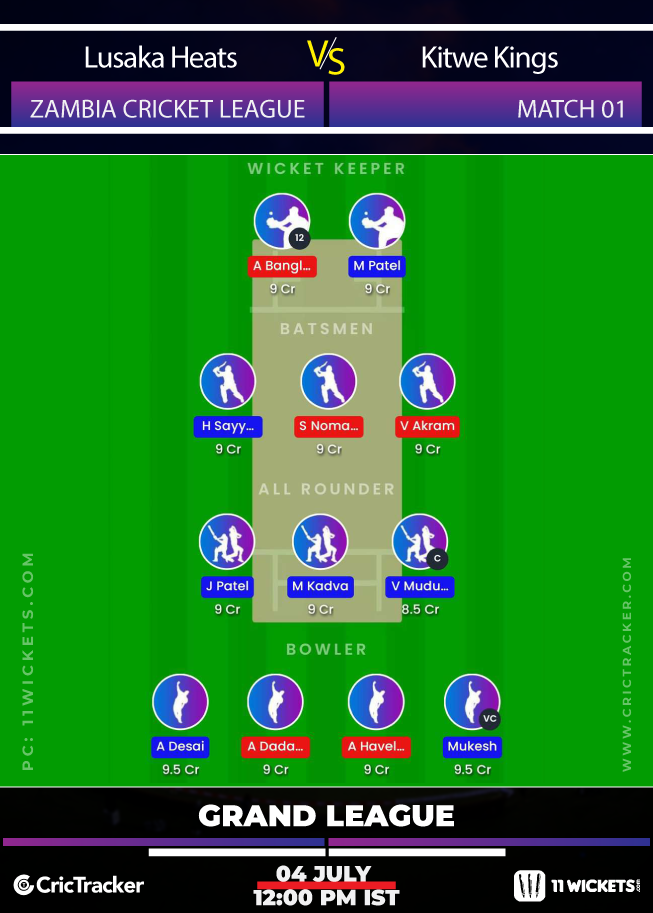 With the pitch not expected to be full of runs, it would be better to pick more all-rounders and bowlers in the team. It will also not be a bad idea to make one of the bowlers C or VC.

Lusaka Heats are expected to win this match.