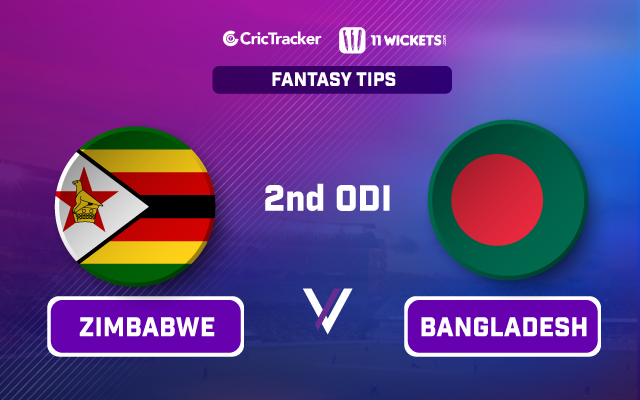 Zimbabwe and Bangladesh will lock horns for the second ODI on Sunday, July 18th. After having won the one-off Test, Bangladesh started the ODIs on a winning note. They displayed great character on the field to bundle up Zimbabwe at just 121 runs.

However, on the other hand, Zimbabwe will have to bounce back in this game to level the series. Their batting line-up struggled in the first ODI and thus it would be a testing time for them to come back strong and put up a good show in the second ODI.

The surface appears to be a batting-friendly one. The pacers are expected to get assistance on the pitch. However, the spinners too might get an edge in the latter half of the game.

Liton Das was one of the architects of the victory for Bangladesh in the first ODI. He hit a belligerent century to allow Bangladesh to put a competitive total on the board. A good start from him is an important asset for the team and he would be keen to take the momentum from the first game further.

Shakib Al Hasan became the highest wicket-taker for Bangladesh in the first encounter. He ran through Zimbabwe’s batting line-up to register his five-wicket haul. The crucial breakthroughs from him would be pivotal for the team to clinch the series. Thus he can be a good pick owing to the confidence he would have gained from the first game.

Luke Jongwe picked up 3 wickets for Zimbabwe in the first ODI. His contribution with the ball will be important for the team and thus he would be determined to perform well in the match. 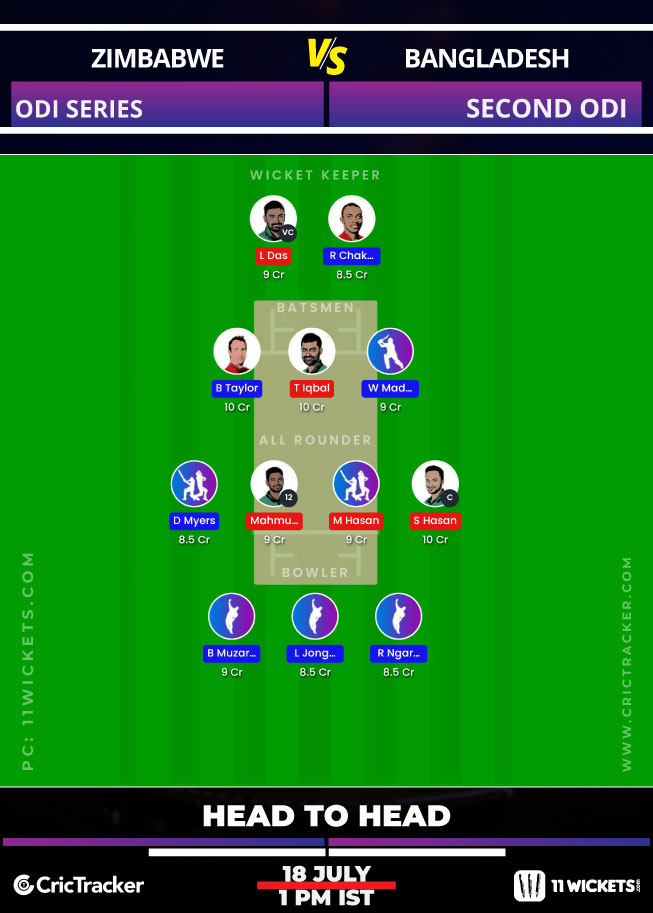 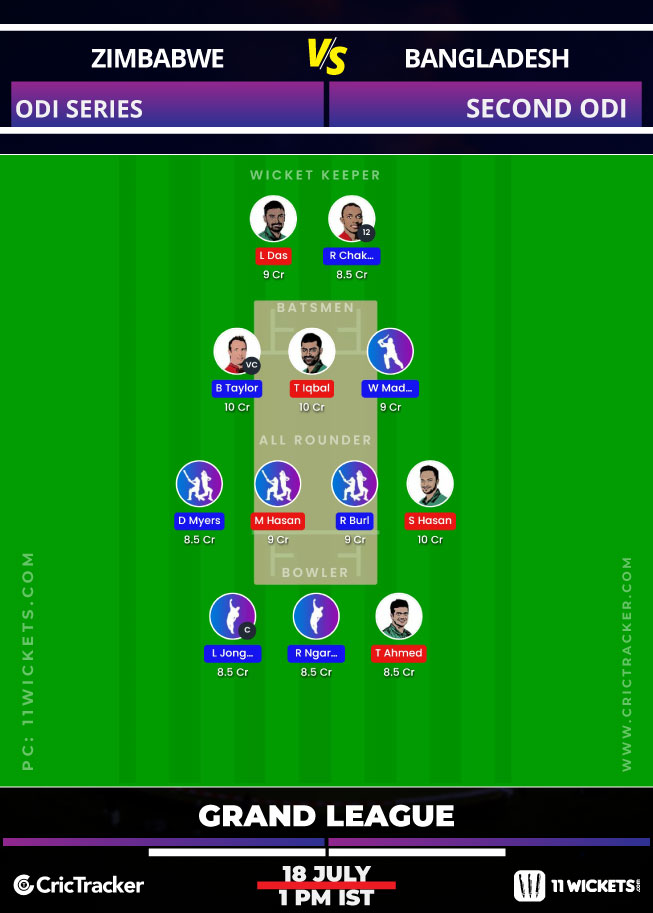