Zimbabwe are expected to win this encounter.

Zimbabwe and Namibia are all set tp lock horns against each other in the fifth T20I on Tuesday. Namibia claimed the win in the fourth T20I, to level the series. The final fixture will be a decider, as it brings an end to a grueling T20I series. Namibia defeated Zimbabwe by six wickets in the last outing, after completing the chase off the final delivery. Skipper, Gerhard Erasmus scored an unbeaten knock of 59 runs off just 43 balls to ensure that Namibia level the five-match T20I series.

The pitch has been used for the last four games, and we expect the bowlers to get more purchase from it. The ideal first innings score would be in the range of 150-170 runs.

Also Read: 3 Players MI are likely to release ahead of IPL 2023

Craig Ervine has scored 88 runs in four matches so far, which includes a half-century in the first T20I.

Craig Williams has scored 91 runs in four matches so far, which includes a half-century in the second T20I.

Merwe-Gerhard Erasmus has scored 123 runs in four matches and has one scalp to his name. He scored a match-winning knock in the last outing.

Sikandar Raza has managed to score 63 runs so far, and has also managed to pick up four wickets in as many matches.

Bernard Scholtz has six wickets to his name in four matches so far, which includes a three-wicket haul in the first game.

Tendai Chatara has managed to pick up six wickets in four matches in the series. He is the leading wicket-taker for his side.

Regis Chakabva has managed to score 47 runs in four matches so far. He bats in the middle order for the hosts.

Must Picks for ZIM vs NAM Dream11 Fantasy Cricket: 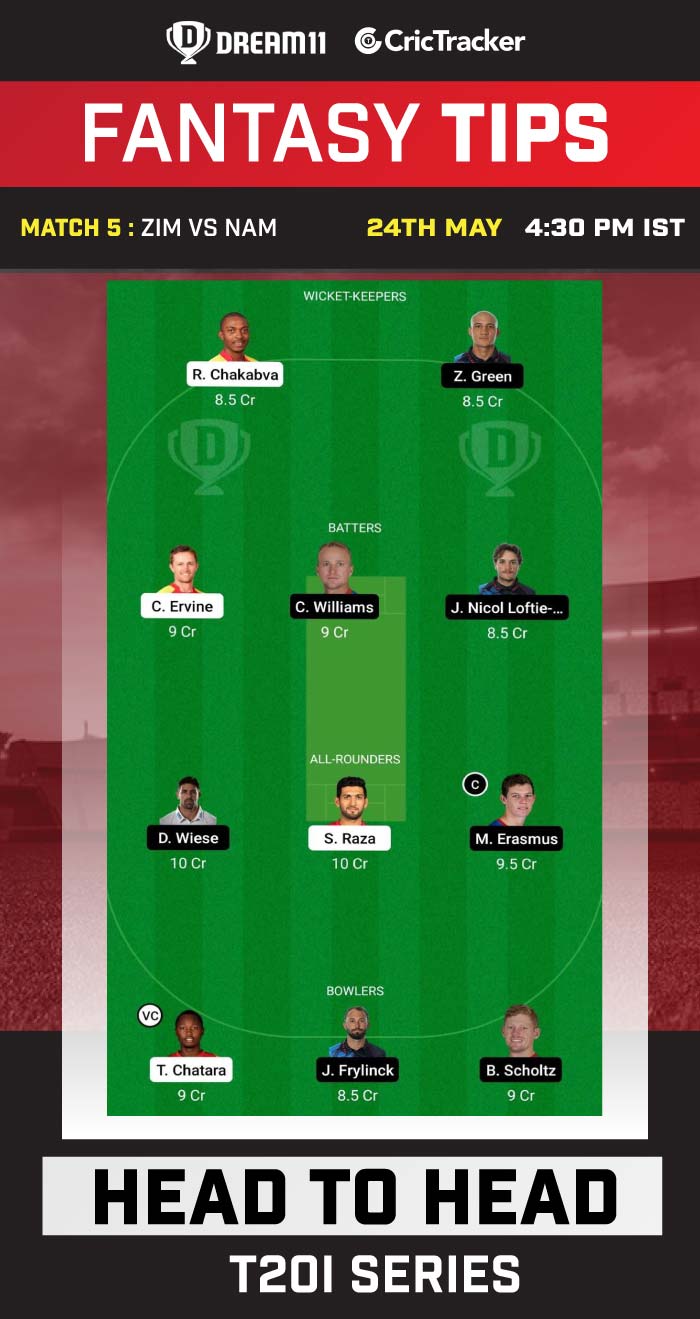 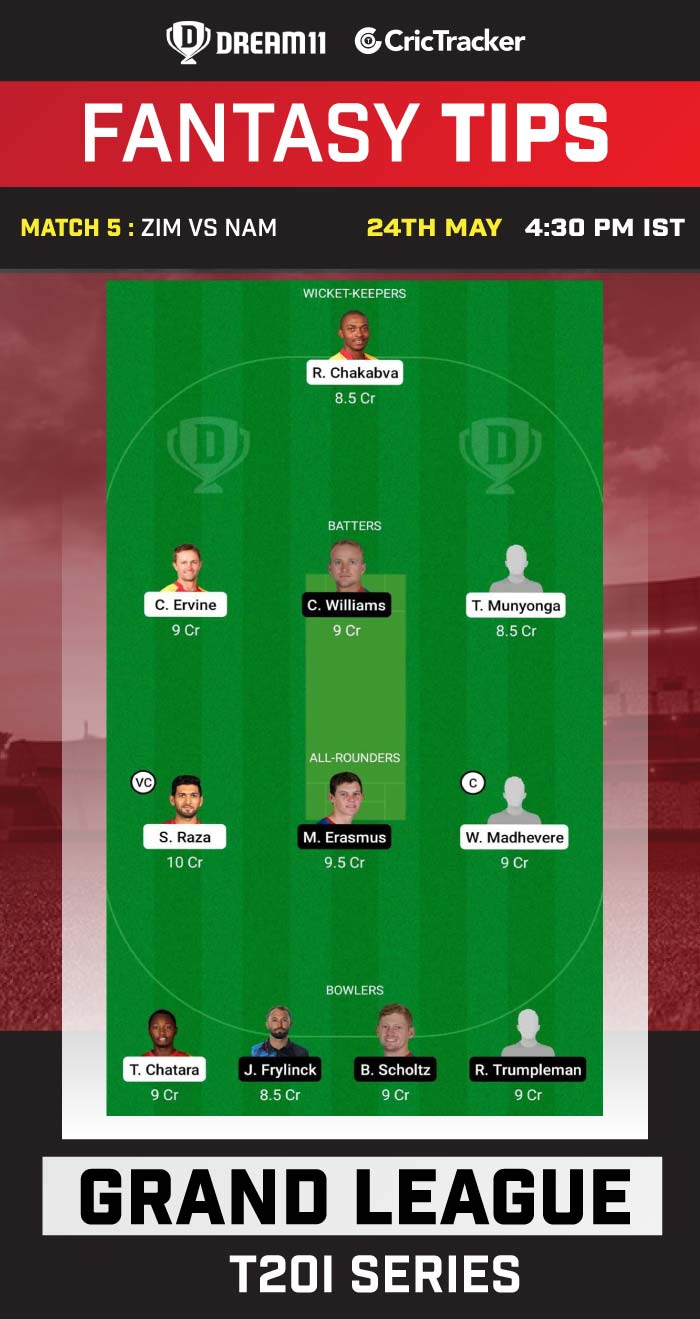 Zimbabwe are expected to win this encounter.