Whoever wins this match will go 2-1 up in the series.

Ireland Women, on the other hand, showed some real character and strength in the second ODI and won the game convincingly by 80 runs. Leah Paul with the bat and Cara Murray with the ball starred for them in the win. Whoever wins this match will go 2-1 up in the 4-match series and will avoid the series defeat.

It’s an absolute batting wicket with less space for the bowlers to pick wickets. We have witnessed the batters scoring runs easily in the last 2 matches and we can expect the same for this match as well.

Josephine Nkomo battled really hard in the second ODI, but her innings couldn’t assist Zimbabwe Women to win the game due to a lack of support from the other hand. She remained unbeaten on 70* runs from 86 balls. Overall, in 2 matches in this series, she has scored 95 runs and picked up 3 wickets.

Mary-Anne Musonda was short of runs in the second ODI as she was dismissed for just 4 runs. She is the only centurion in this series, and we can expect a big knock from her in this match.

Leah Paul was outstanding in the second ODI with her all-round performances. She scored 95 runs and missed her century by just five runs and later picked up a wicket.

Laura Delany is in stunning form with the bat. In 2 matches in this series, she has scored 123 runs at an average of 61.5 and even scalped a wicket as well. 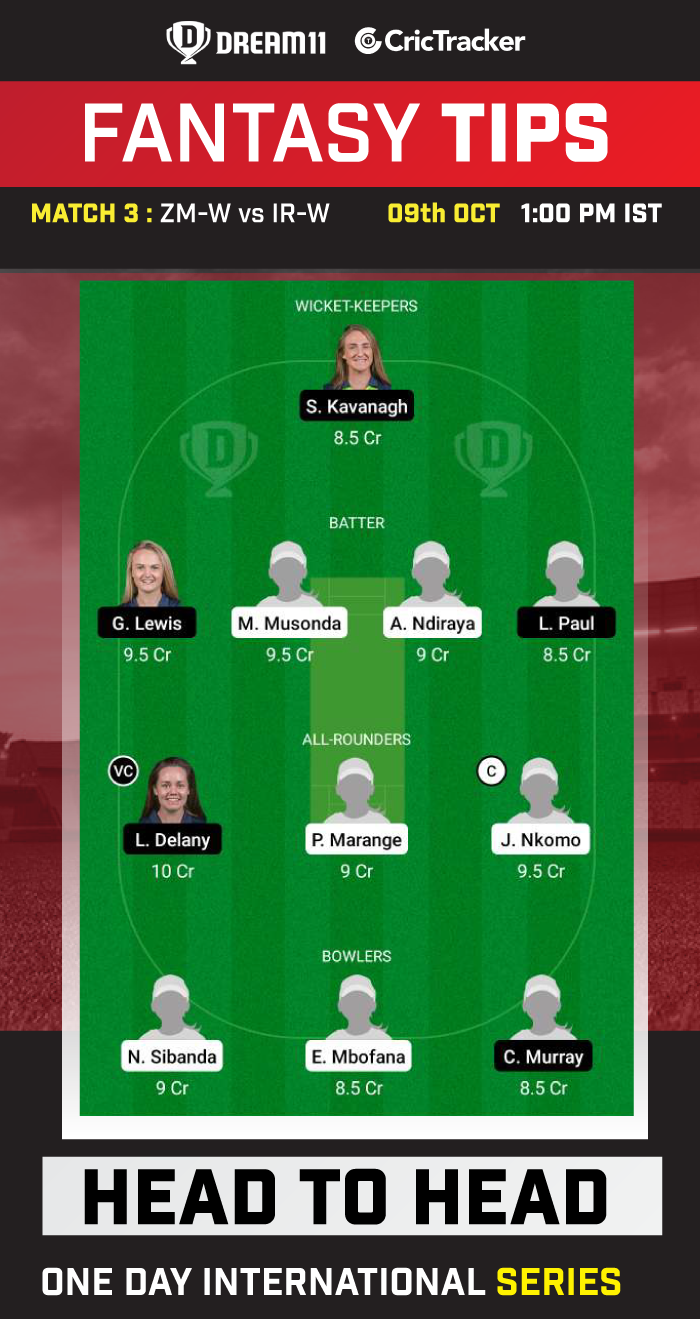 Ireland Women are expected to win this match.