On the head-to-head count in T20Is, the Afghans are leading Zimbabwe by 8-1.

The Test series between Afghanistan and Zimbabwe turned out to be an exciting one. After the visitors won by 10 wickets, Asghar Afghan and Co stormed back with a six-wicket victory under their belt. It’s now time for the three-match T20I series, which is scheduled to get underway on Wednesday, March 17. All the matches would be played at the Sheikh Zayed Stadium in Abu Dhabi.

In the ICC rankings for T20I teams, Afghanistan are ahead of Zimbabwe by a long distance. Also, keeping in mind that the Afghans have won quite a few games in the T20 format over the last couple of years or so make them firm favourites. However, Sean Williams’ Zimbabwe are known to be giant killers and can’t be undermined by any means. A thrilling encounter seems to be on the cards.

The pitch in Abu Dhabi turned out to be a sporting one during the Test matches. But in the shorter format, it’s expected to be a bit more batting-friendly if not a whole lot. Batting second should be the way forward. The conditions will be hot with the temperature around the 35 degrees Celsius mark.

Playing Combinations for AFG vs ZIM

Rahmanullah Gurbaz has turned out to be an exciting prospect for Afghanistan cricket over the last couple of years. In 10 T20Is, the right-hander has notched 332 runs, most importantly, striking at an impressive 140.67. The 19-year-old would be hoping to take his team off to another flying start.

Sean Williams was outstanding in the Test series. He notched 264 runs from two games with two centuries to show for his efforts. It’s evident that he is in exceptional form with the bat in hand. In T20Is, he has nearly 900 runs at an average of 23.83. Not to forget his role as a left-arm spinner. 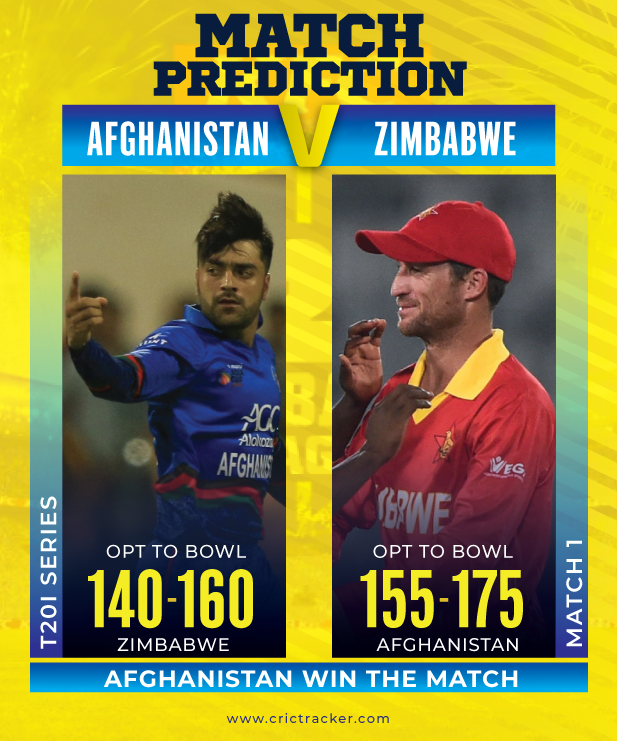